• Holistic education approaches like CBC are geared towards enriching creativity and innovativeness by imparting deeper and wider perspectives of the world around learners.

• For a society accustomed to exam-oriented teaching approaches, shifting to a system that emphasizes talent, creativity and critical thinking, will take time. 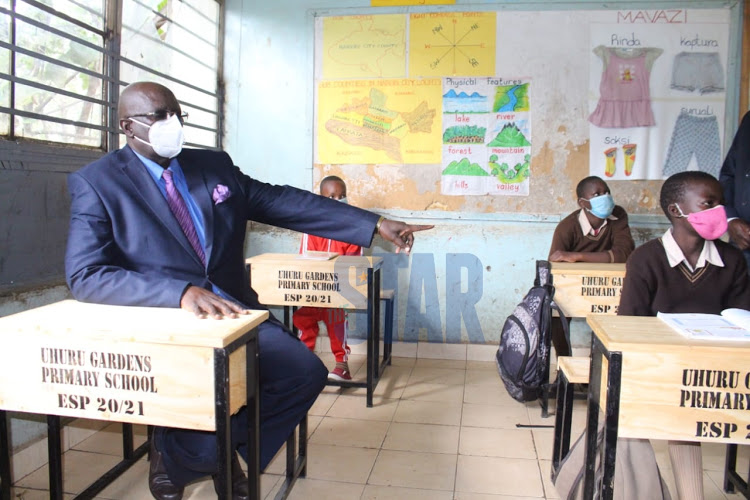 The 2021 Kenya Certificate of Primary Education results have just been released against the backdrop of accelerated reforms in the education sector.

Pupils currently in Class Five will be the last group to sit KCPE exams in 2023, as the country gradually shifts to the Competency-Based Curriculum (CBC) learning system introduced in 2017.

KCPE is one of the most important milestones in the 8-4-4 system launched in 1985.

However, 8-4-4 has been blamed for many shortcomings notably fostering a culture where learners are locked in a do-or-die contest to pass examinations by all means, or risk being labelled failures.

The cut-throat competition in national exams has seen some learners engage in cheating to avoid ending up as ‘rejects’ in a system where ‘papers’ are everything regardless of one’s creativity and character.

Tragically, this winner-take-all model has disenfranchised millions of young people over the years by shunting them out of the learning system without equipping them with appropriate life and work skills they could rely on to survive in a highly competitive world.

While ending exam fraud was crucial to ensuring that students compete on merit, the huge gap in preparing learners for the world outside needed to be addressed, and the CBC was designed to do just that, with its unique emphasis on competence, character and creativity, as the fundamental outcomes of the learning process.

The new curriculum has been hailed as the panacea for many of the problems bedevilling the 8-4-4 process, as well as making our education system more responsive to the demands of the modern world.

With CBC still in the nascent stages with a steep learning curve ahead, it is important to understand the philosophy behind CBC, anchored on three core ideas, according to the Kenya Institute of Curriculum Development (KICD).

Holistic education approaches like CBC are geared towards enriching creativity and innovativeness by imparting deeper and wider perspectives of the world around learners.

Education is meant to empower people to be self-reliant and add value to society, to pursue entrepreneurship which requires the ability to think critically and imagine new possibilities.

But perhaps one of CBC’s greatest contributions will be in promoting the national values and principles espoused in Article 10 of the Constitution.

But like all novel ideas, CBC is fraught with challenges as it demands a total re-engineering of the learning mindset in Kenya.

For a society accustomed to exam-oriented teaching approaches, shifting to a system that emphasizes talent, creativity and critical thinking, will take time.

There have been reports of teachers not being fully prepared to handle the new teaching system meaning pupils could be missing out on critical elements.

Parents also need to be sensitized that their role goes beyond the usual supervising of homework to being fully engaged in the practical aspects of learning.

These are some of the issues the newly unveiled State Department for Curriculum Reforms in the Ministry of Education will have to tackle urgently.

The new department is tasked with implementing the recently launched Report of the Taskforce on Enhancing Access, Relevance, Transition, Equity and Quality for Effective Curriculum Reforms Implementation.

The Report recommends a system based on the continuous and summative assessment of students throughout the learning process from pre-primary to secondary school.

The cumulative scores will determine how they progress to the next level, together with a summative assessment at the transition levels.

The assessment requirements of learners with disabilities and special needs, including gifted learners, will also be taken into account.

Such changes mark a significant shift from the exam-centred 8-4-4 model as CBC allows room for students to continuously improve performance while discovering and focusing on their strengths.

Once they join junior secondary, for example, they will be guided in choosing their career paths. Greater emphasis will be on Science, Technology, Engineering and Mathematics (STEM), besides Arts and Sports Science, and Social Sciences.

The system is designed so as not to overload students with subjects they are not interested in, with a seamless transition to higher learning.

The first CBC cohort will join the university in 2029.

On teacher training, the task force recommended a Pre-Service Competency-Based Teacher Education (CBTE) geared to immersing tutors in the CBC model before they qualify to teach in our classrooms.

The Ministry of Education, Council on University Education and the universities will have to align teacher training with CBC. Universities should start a format their courses to align with the new curriculum design.

The Teachers Service Commission (TSC) will develop continuous professional development programs for teachers centred on competency-based learning, with the ministry, TSC, teachers’ unions and other stakeholders involved in coming up with regulatory standards.

The envisaged reforms will take time to bear fruits but will eventually result in a learning system that produces self-reliant, creative, responsible and focused citizens.