It is hard to imagine Joe Biden not emerging as the winner in Tuesday’s election.

• Official figures show that more Democrats than Republicans voted early, so one can assume that Joe Biden has a head start when voters swarm to the polls on November 3.

• President Trump had alienated millions by being virulently divisive, using openly racist and xenophobic language in his search for power. 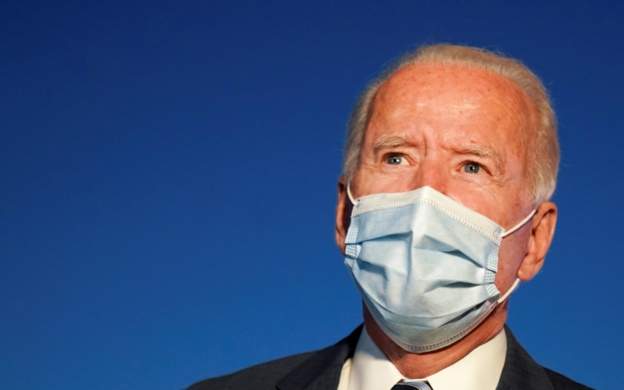 I am jumping the gun, but not by much: it is hard to imagine Joe Biden not emerging as the winner in Tuesday’s election.

He has an overwhelming lead over President Trump in all the major polls, and the media’s own grassroots reporting has highlighted Trump losing hordes of supporters because of his disastrous handling of the deadly and economically ruinous coronavirus pandemic.

One single fact makes it clear how difficult it is for President Trump to win: all analysts agree that to be re-elected, he must win the state of Pennsylvania – where all polls show Joe Biden is ahead.

But even if Mr Trump wins Pennsylvania, he will still need to win at least another eight major “battleground” states, in all of which Biden has a much bigger lead than in Pennsylvania.

This is a seemingly impossible task. Unless all the pollsters, who say they have changed the methodologies after their stark 2016 fiasco, turn out to be wrong again.

Another telling sign of the Trump’s reduced standing, and of the ferocious interest that this election has sparked, is the unimaginable 90 million people who have voted early, breaking all such records by miles.

In Texas, which has the second-highest number of Electoral College votes, the early turnout by Friday had already exceeded the total vote from 2016.

Official figures show that more Democrats than Republicans voted early, so one can assume that Joe Biden has a head start when voters swarm to the polls on 3 November.

For the record, this massive early vote will be counted after those cast on election day.

Before the pandemic hit eight months ago, President Trump seemed on course to win re-election.

Tough-talking and armed with a right-wing agenda and a populist message of hope, he was able to connect with tens of millions of disaffected Americans who were left behind by the export of industrial jobs, shrinking incomes, job insecurity and declining government services as Wall Street and corporate America strengthened their hold on the political system.

Trump also has a fanatical following of red-blooded Americans who believe in freedom from government control and to carry arms openly.

At the same time, President Trump had alienated millions by being virulently divisive, using openly racist and xenophobic language in his search for power.

He was also deeply misogynistic and personally offensive, viciously abusing anyone who criticized him politically.

He eroded long-term American commitments to fundamental values, such as democracy, voting rights and inclusion, which while not always fulfilled or pursued were nevertheless aspirations that many believed in.

Despite all this, Trump has somehow managed to sustain his base. As the NY Times wrote in a front-page article last week in a rare acknowledgement of Trump’s successes, he was responsible for “record-low unemployment rates, supercharged confidence levels and broad-based gains in personal income” before the Coronavirus hit, benefiting not just the intended super-wealthy but also lower-income workers and African Americans.

Everything changed with Trump’s unforgiveable failure in tackling the pandemic, with his public statements belittling its horrible human losses. Suddenly, Joe Biden’s decency and humanity stood out and mattered.______

In early March, when Joe Biden emerged as the leading Democratic candidate, I was utterly disheartened.

I felt he stood no chance against the brutish Trump. The former VP is a mild-mannered, gracious and personally decent person, an infinitely better human being than the president, but you need a lot more than that to win the presidency.

In addition, he was not only 77, but visibly past his prime, faring poorly in the debates and the three crucial first primaries, with many interpreting his confusing speech as cognitive decline, a fear furthered by his extremely limited public appearances and press conferences, which are the core of a political the campaign.

Thankfully, he got better at articulating his points as the campaign unfolded.

Everything changed with Trump’s unforgivable failure in tackling the pandemic and his public statements belittling its horrible human losses, and suddenly, Joe Biden’s decency and humanity really mattered and stood out.

He ran an unimpressive campaign focusing on broad generalizations about his goals but not dwelling on what concrete policies he will follow, except that we might see Republican John Kasich in the cabinet.

God help us. But it turns out that whatever Mr Biden did succeed in throwing out Mr Trump, or at least in pushing him to self-destruction.

Nothing else is important now except to do everything possible to get the vote out to defeat Donald Trump.

Another four years will see the extreme, armed elements he has emboldened grow in strength, pitching a divided society straining at the seams into further free fall.

I imagine there will be at least 60 to 70 million Americans who will vote for him this time as they did the last, and most of them will be decent law-abiding people who believe he is acting in their best interest, even if they do not like his rough, uncouth manner.

Is Joe Biden capable of undertaking the challenge he will inherit and reach out to these millions not with soothing words of unity but with economic policies that will address the profound deprivation that so many live with?

Because if the grievous ills that have been festering unchecked for decades and pushed tens of millions into disaffection from the mainstream are not addressed, we could see the emergence of yet another strongman who will feel that he has the support for even stronger authoritarian actions than Trump deployed.

There is not much in Mr Biden’s past that points to his taking bold and decisive action in the economic arena.

Even the thoroughly establishment and moderate NY Times, in endorsing Amy Klobuchar and Elizabeth Warren as the best Democratic nominees, was scathing about Mr Biden, writing that he was trying to “merely restore the status quo.

Mr Biden is 77, it is time for him to pass the torch to a new generation of political leaders.”

The economic area is key to the recovery from Trump’s horrors.

Mr Biden’s initial and overwhelming economic priority will be the terrible current recession and the extreme deprivation that millions have been plunged into.

He has said he was in charge of the 2009 Obama recovery package, which has been roundly criticized by Paul Krugman and Prof Stephanie Kelton as having been overly concerned by the federal deficit and ended up with a much smaller stimulus package than American homeowners and families needed.

Indeed, that package also allowed hundreds of thousands of people to lose their homes while billions were dispensed to banks and other businesses.

Despite President Trump’s conservative Republican ideology, his stimulus pandemic package was much closer to the mark and set aside hundreds of billions for individuals in need.

But even as Mr Biden addresses the pandemic-linked distress, he must simultaneously address the deeper economic fissures that are creating the true divisions in society and enlarging the appeal of radicals we saw under President Trump.

It is very convenient to believe that President Trump is the fount of all our woes.

For example, the relentless media focus on President Trump alone in reporting on the coronavirus disaster obscured the across-the-board failure by other critical American institutions and states that should at least have sounded the alarm and taken action at their own level to protect against this scourge.

Mr Trump was democratically elected despite his multiple flaws being on full display.

Americans turned to him right after two Barack Obama terms, which were preceded by two George Bush and two Bill Clinton terms.

I do not expect anything from today’s Republicans, so it is Democratic administrations’ failures that are more dismaying given their party’s stated pro-people ideology.

One aspect of the pre-Trump trauma came from President Bill Clinton’s turning away from his Democratic base, and with Republican support but over Democratic opposition, passing the Nafta trade agreement.

That was designed to allow large corporations to make windfall profits by exporting hundreds of thousands of industrial jobs in America to lowly paid workers in Mexico and subsequently elsewhere, leaving devastated Mid-Western communities orphaned through de-industrialization.

In essence, the Democrats traded in their worker base for Wall Street and big business. This must change, or we will have demagogues ruling not just America but the entire disaffected world.

God willing, Joe Biden will have his hands full from sometime next week.

There will be a fierce battle waged by the moderates to weed out the progressives, that was set to begin under Hillary Clinton when Bernie Sanders’ rise stunned her and the Democratic establishment.

Hopefully, Elizabeth Warren will get Treasury. But if not, Mr Biden should make sure that she is kept close, just as Bernie Sanders, Robert Reich and Alexandria Ocasio-Cortez should be, to name only four.

Mr Biden has repeatedly emphasized that there are no Red States or Blue States, only the United States.

The initial political successes of Donald Trump revealed that what we have are two Divided States, which are pulling farther and farther apart. That should be President’ Biden’s overarching goal, to arrest that split with concrete actions.