With continued emissions, children's immunity has gone down

• Report indicates the ability of one type of mosquito to transmit dengue fever has increased by 20 per cent since 1950 due to climate change. 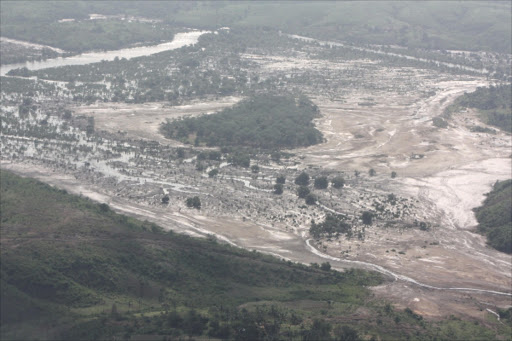 EFFECTS: An aerial view of the areas affected by floods at the Coast.
Image: FILE

Global warming continues to be one of the worst calamities in the world today. This could be a result of the burning of fossil fuels and other gases that are uncontrollably released into the space that wear out the ozone layer.

With continued emissions, its effects are a total threat to children in Kenya and Africa as a report from the Medical Journal, the Lancet, reveals.

Change in climate comes with its challenges and without properly built capacity to deal with the matter, our children risk suffering from diseases such as malaria and dengue fever as the report shows the uneven distribution of the effects on children.

The children who have low immunity, therefore, need a more elaborate way to protect them against the health hazards. These include the malnutrition and deficiency diseases that are caused by a lack of certain vitamins and minerals in their diets.

The Lancet Countdown shows a continued fall in major crop yields in Africa and majors mainly on the staples, therefore, warning the current generation and the government to put up an elaborate mechanism to put in place enough food for the children and families that are most at risk.

It is evident from the report that major changes have occurred in the agricultural sector across Africa as maize yields have reduced by 6.4 per cent, rice by 11 per cent, winter wheat by 1.5 per cent and spring wheat by 1.1 per cent since the 1960s.

It is high time sub-Saharan countries ventured into environment-friendly practices in order to counter the global warming that comes with adverse effects on human beings among them being unpredictable climate change.

This leads to unpredicted rains or draught which we have recently witnessed in the incidences of drought and flooding in some parts of the county last year and part of this year.

The government should put up measures to cushion drought-prone areas such as the northeastern region before the calamity hits.

Among the techniques that should be applied include construction of dams to tap rainwater when the country experiences rain like the current period.

It should also provide free breakfast, mosquito nets at the county hospitals for lactating mothers. This will prevent the newborns from malaria and malnutrition.

Planting trees would be a more robust way of ensuring that the climate remains balanced even as deforestation continues to be a trend for most people due to the increase in population and agricultural activities.

Trees are of major importance to human beings as they ensure the environment is fresh as well as attract rains.

Over the years and as the Lancet Journal Countdown on Health and Climate Change indicates that the ability of one type of mosquito to transmit dengue fever has increased by 20 per cent since 1950 due to climate change. The transmission being majorly rampant in highland and sub-Saharan areas such as Nairobi which is densely populated.

Malaria is transmittable from one person to another thought mosquito bites and there's need for the government to protect it's citizens around these places to ensure a healthy nation as included in the Big Four agenda.

There is also a need to practice healthier activities in our daily routines including striving to have cleaner air by using renewable energy and avoiding littering, living in safer and clean cities and eating healthier diets.