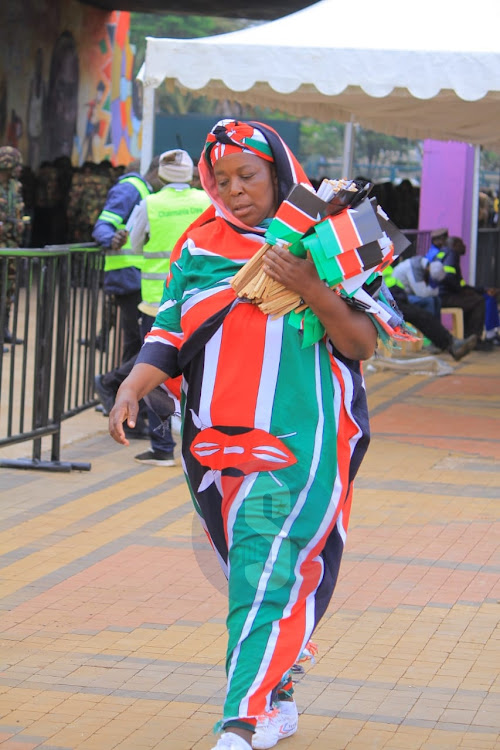 A Kenyan dressed in the colours of the flag.
Image: EZEKIEL AMING'A

Jamhuri Day is one of the most important holidays in Kenya. It marks the day the country became a republic.

This did not come on a silver platter but was attained after a bloody and sustained war to root out imperialists.

The birth of a new nation came with high hopes. The founding fathers promised to tackle poverty, disease and illiteracy.

How have we faired? There have been hits and misses.

At Independence, Kenya's life expectancy averaged 48 years but now stands at over 67.

Things would have been better had the corruption and get-rich-quick bug not bitten our leaders. Currently, Kenya's poverty gap is among the highest in Africa and is widening.

Global research firm Statistica puts the number of Kenyans in extreme poverty – living on less than $1.90 (Sh233) a day – at 8.8 million with the majority in rural areas.

What happened to our Independence rallying call Harambee (pulling together)? Greed and selfism have made our leaders worse than the imperialists.

Quote of the Day: “When the fight begins within himself, a man’s worth something.”

How the West used aid to shape Kenya politics

A crowd applauded as the statue was removed.
News
2 months ago
Post a comment
WATCH: The latest videos from the Star
Leader
12 December 2022 - 04:00
Read The E-Paper