OPIYO WANDAYI: Presidential term limit is a firewall on our democracy

The Yakubs of this world could be acting at the behest of some hidden forces.

•The decision to change with the old constitution was driven by, among other factors, the desire by Kenyans for stability and a regular, democratic and peaceful transfer of power in our deeply fragmented society.

•Kenyans long recognized that a constitutional term limit would entrench democracy by levelling the electoral platform and inculcating leadership accountability. 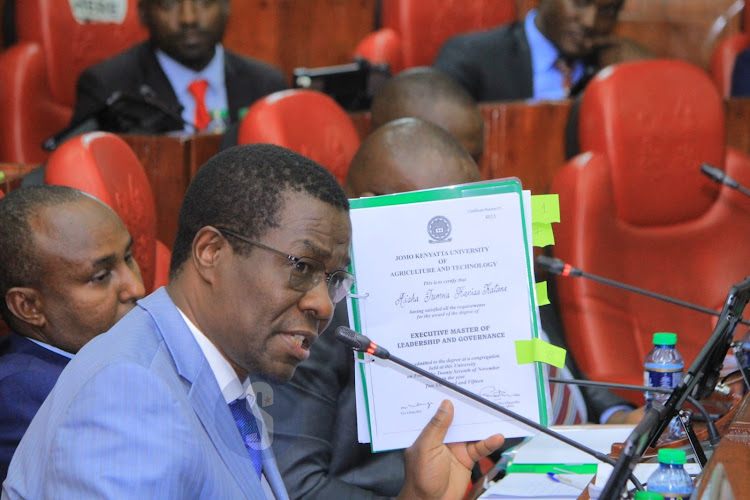 Fafi MP Salah Yakub made a curious, yet carefully choregraphed, remark on a public podium that has jolted Kenyans out of their comfort zones.

The first term legislator proposed to have the constitutional presidential term limit removed and presidential age capped at 75 years.

As Azimio One Kenya Coalition, we have totally rejected the proposal.

When majority Kenyans endorsed the 2010 constitution through a referendum, it came after a marathon constitutional making process whose hallmark was the devolution of power and resources as well as demystification of the imperial presidency.

The decision to change with the old constitution was driven by, among other factors, the desire by Kenyans for stability and a regular, democratic and peaceful transfer of power in our deeply fragmented society.

Kenyans long recognized that a constitutional term limit would entrench democracy by levelling the electoral platform and inculcating leadership accountability.

Needless to say, current President William Ruto who, vigorously opposed the 2010 constitution mostly with untruths, has today emerged as its greatest beneficiary.

While the rank and file of UDA Party have since disassociated themselves from Yakub's wild desires, more discerning Kenyans may view this as simply a tactical retreat, rather than a surrender.

When presidential transitions are predictable, orderly and on schedule, opposition parties and other dissenting groups have no incentive to contemplate regime changes through extra-constitutional means.

In the heat of the debate that followed Yakub’s declaration, Bobi Wine, a Ugandan opposition figure, tweeted a warning shot to Kenyans:

“...Dear Kenyans….this may come off as a lone MP making a ridiculous suggestion, but this is how it starts…. Defend your Constitution before it's too weak to defend you!”

From his own experience and that of his fellow countrymen, Bobi Wine certainly has an idea about what was at stake here.

No right-thinking Kenyan can ignore him and his words of caution.

Do not be under any illusion whatsoever – Kenya is not short of politicians and political actors who, given a chance, would exploit every possible loophole including mutilating the Constitution for personal gain.

For twenty-four years, we had a President who ran the country through his heart’s desires, breaking every rule in the book and crushing political dissent in all its manifestations, just for purposes of consolidating power and exercising it to serve the interests of a tiny elitist clique.

Some of the remnants of that clique have found a home in the UDA administration.

The period between 1978-2002 might be distant memory for a majority of Kenyans below the age of 35, but those of us who lived in that era – of one party rule, collapse of independent institutions, detention-without-trial, government-sponsored extrajudicial killings, enforced disappearances and collapsed economy – it would be of immense help if we reminded our people on the gains we’ve made with a promise to firewall our Constitution with eternal vigilance.

The law exists to provide boundaries in personal behaviour and to protect life and property of everyone living within our borders.

No matter how powerful and popular individuals are, they should not be allowed to become indispensable, especially where national interests are at stake.

The Yakubs of this world could be acting at the behest of some hidden forces.

But they must be reminded that our resolve to resist any attempt to reverse the hard-won democratic gains remains as strong as ever.

It would be foolhardy to ignore alarm bells when they are rung and continue to burry our heads in the sand.

History teaches us that those who don’t learn from history stand to endure a repeat of the same, oftentimes with tragic consequences.

The writer is Member of Parliament Ugunja Constituency and Leader of Minority, Kenya National Assembly.