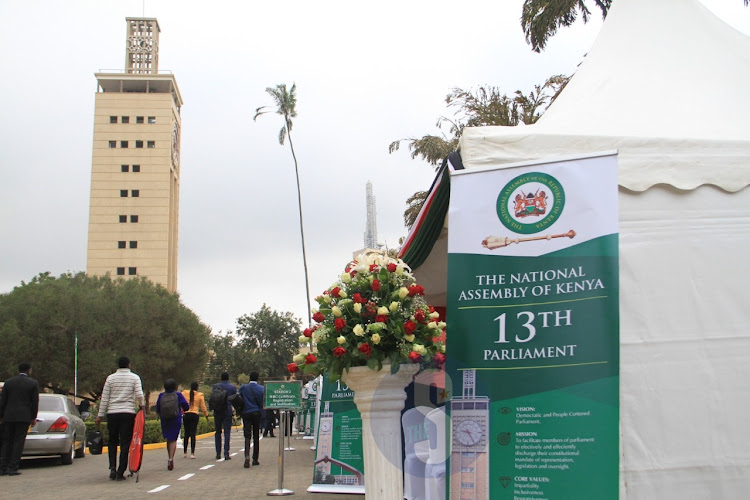 MPs are pushing for reinstatement of their plenary sitting allowances.

The 349 members of the National Assembly and 67 senators are paid Sh5,000 each for attending plenary sessions. For the National Assembly, these take place once on Tuesday and Thursday afternoons and twice on Wednesday. So an MP would get around Sh85,000 per month if he or she attended every session.

This appears ridiculous. Surely the fundamental purpose of an MP is to attend sittings of Parliament. Why should an MP get paid extra for doing that?

Is that fair in the harsh economic climate where Kenyans are forced to tighten their belts due to fuel price increases and soaring inflation?

Government must get tough with  MPs and force them to accept SRC proposals. If MPs succeed in breaking the SRC, it will unloose wage anarchy and undermine the economy.

Quote of the day: "Do the best you can in every task, no matter how unimportant it may seem at the time."

Nobody will touch MPs' allowances – Wetang'ula

Move flies in the face of SRC's push to cut wage bill.
News
2 months ago