No need for Nairobi to buy speaker house

It is not necessarily cheaper to buy than to rent, even over the longer term

• Nairobi has specified the house in a prime area should have five bedrooms, a swimming pool and a perimeter wall with an electric fence. 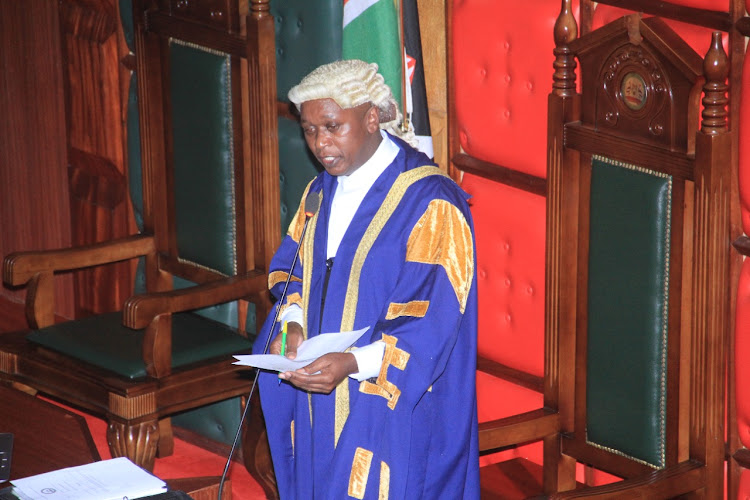 Nairobi county is budgeting Sh35 million to buy a house for the Speaker of the Assembly next year (see P20).

This is misguided even if it follows the recommendation of the Salaries and Remuneration Commission that counties should buy houses rather than rent for their officials.

Firstly, it is not necessarily cheaper to buy than to rent, even over the longer term. Most foreign diplomats in Nairobi live in rented accommodation for that reason.

Secondly, the county has specified that house should be newly built in a prime area. It should be on a half acre plot with five bedrooms, a swimming pool, perimeter wall and electric fencing. Nairobi will have to pay a lot more than Sh35 million to get a house like that.

Thirdly, Nairobi County  already owns one house in Lavington, formerly belonging to the Mayor, and four houses in Gigiri. Let the Speaker move into one of those houses.

If not, the Speaker gets a rent allowance of Sh150,000 monthly. That is enough to rent a decent house so there is no need for Nairobi to waste money on buying a new property.

Quote of the day: "A computer would deserve to be called intelligent if it could deceive a human into believing that it was human."

Alan Turing
The English computer scientist was born on June 23, 1912

Elachi says she is moving on to her political career amid life-threatening incidents.
Counties
11 months ago

Speaker Mutura on Monday officially handed over the instruments of power to Kananu
Counties
6 months ago
by STAR EDITOR Editorial
Leader
23 June 2021 - 05:00