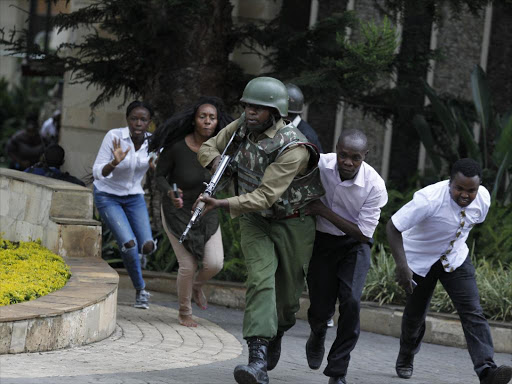 An American who allegedly participated in the storming of the Capitol building in Washington on January 6 was deported from Kenya last week.

Isaac Sturgeon, 32 years old from Montana, posed with assault rifles and body armour on Facebook. His appearance was consistent with support for the militias behind the attack on Capitol. He flew to Kenya on January 24 when the FBI was in hot pursuit of the Capitol attackers.

Ironically Sturgeon fled to what his idol President Donald Trump described as a 'shithole' country. He made a big mistake if he thought he would be safe in Kenya.

East Africa faces multiple security problems yet in general Kenya is remarkably safe and peaceful, even though there are occasional serious incidents such as Dusit or Westgate.

Moreover Kenya closely operates with international security agencies such as the FBI. There is a two-way exchange of information and assistance. Sturgeon was deluded if he thought he was vanishing into a dark place.

White supremacists should not under-estimate Kenya.

Quote of the day: "You must be the change you wish to see in the world."

Mahatma Gandhi
The British arrested and imprisoned the Indian activist on March 10, 1922