Public participation must not be cosmetic 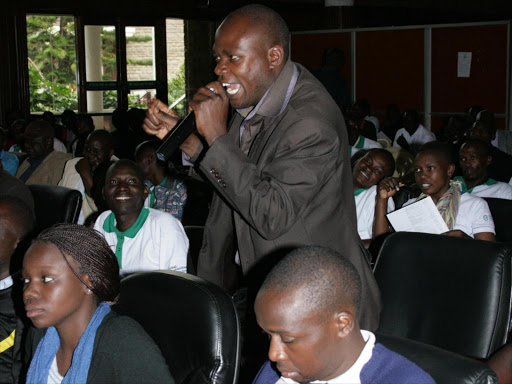 GET MY POINT? A Nairobi resident at Charter Hall during a public participation forum
Image: FILE

The Building Bridges Initiative Bill is now before the Senate and the National Assembly.

However, before members debate the Bill, the two Houses have subjected it to public participation.

During the open forum, voters are taken through the document and they can raise their concern even though at this moment they cannot introduce fresh amendments.

Public participation, not just for constitutional changes but other important issues such as budget formulation or introduction of new legislation, has always been a farce.

The just-concluded public participation by the county assemblies before they subjected the BBI Bill to debate was one such charade.

BBI-friendly members of the public were quickly gathered and this was captured as public participation. Dissenting voices were carefully locked out of such forums.

It is always said that while the majority will have their way, the minority must equally have their say.

Parliament should therefore ensure that the advertisements it put out last week calling for public participation are indeed in good faith and not a mere formality.

Let all who can get the opportunity turn up and give their views; whether dissenting or in support.

Good laws are ones that the public has an input and are part and parcel of the formulation process.

Quote of the Day: “A people that values its privileges above its principles soon loses both.”

The Eisenhower Tunnel, world’s highest and US longest, opened on March 8, 1973