Voters stronger than this cabal 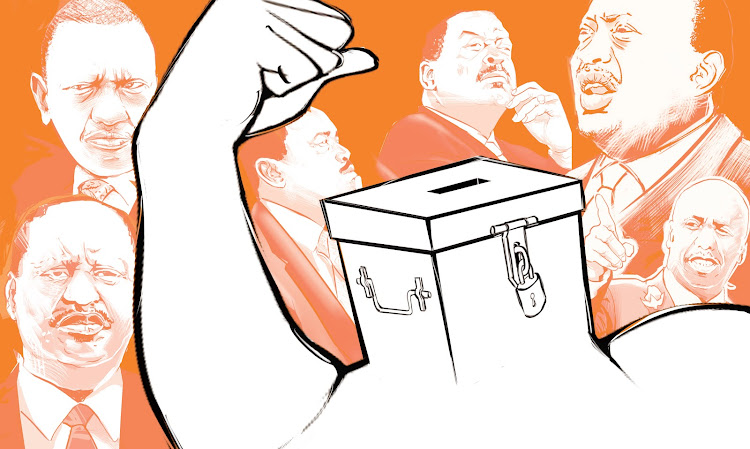 Right-thinking people are cynical about the way the system treats electoral experiences. This is not failing memory. Vested interests are blurring the common good.

A section of the Church warns of possible post-election violence if the system continues to play poker with the public interest. The sounds of possible muddle of citizens' right to make informed electoral choices are tinderboxes waiting to explode.

In 2013, the international community advised that choices have consequences. The caution is still valid a decade later, on the eve of another general election.

The 2022 general election could be another season of blunder for a people, and a manipulative system that refuses to learn from history.

How do we then handle cyclical and cynical amnesia? Who takes responsibility for a blundering system? Can there be a 'Deep State' that defies the President of the Republic of Kenya?

A cabal is treating a country of about 47 million people as a candy bar where admission is limited to the favoured. The cabal is playing political leaders against each other for selfish gains.

The clamour for a divided Coast, pushing Fred Matiang'i' in Kisii, peddling an anti-Raila Odinga propaganda around Mt Kenya, and isolating the Abakuria from their Luo neighbours are attempts to isolate ODM and its leader.

The inebriated cabal, a historical constant in all successions from the 1960s, and post-election chaos right from 1992, through to 2017, is driving the country to another precipice.

And, we Kenyans, should not be blind—led to the danger zone with our eyes open, hands clapping, tongues wagging, and saliva dripping for lies, propaganda, and handouts. The bandwagon is crisscrossing the counties. These counties, and elective public offices, are being treated as rehabilitation centres for corruption suspects. Or shields against prosecution.

Uhuru should prove to Kenyans he has not been speaking from both sides of the mouth. He owes Kenyans the duty to control a power cabal that seeks to influence his succession.

President Kenyatta spoke like a patriotic in January in Mululu, during the burial of the mother of ANC leader Musalia Mudavadi. The target of the presidential rage was the hustler versus dynasty propaganda. The choirmaster of this deception is the Deputy President.

The president said in Vihiga the presidency is not a permanent game of tango between the Kikuyu and the Kalenjin. The time has come, he said in Mululu, for a Kenyan from another community, out of the 43, to control state power.

Now, a power cabal wants Senator Moi to succeed Uhuru Kenyatta. The 'Deep State' wants someone it will manipulate. They are fast-tracking attempts to improve Gideon's national visibility.

Observers saw this when the senator read a statement from State House two weeks ago, on behalf of other party leaders. They were thanking county assemblies for passing the BBI Bill ahead of the June referendum. Moi's home turf, Baringo county assembly, rejected the Bill.

Less conspiratorial minds saw Moi reading the statement as an attempt to appease those who imagine BBI is Raila's other name. There was much more.

The cheers at a funeral suggested Uhuru's Mululu message was well taken. It was also assumed the President had seen the light and he could control the power cabal. And, that he would do this entirely in the public interest.

The expectations were premature. The assumptions were too generous as the rage around the Building Bridges Initiative and the proposed referendum leadership suggest.

Uhuru should prove to Kenyans he has not been speaking from both sides of the mouth. He owes Kenyans the duty to control a power cabal that seeks to influence his succession.

His Mululu speech, his post-March 9, 2018, Handshake sentiments about national unity, and shared desire to stop cyclical post-election violence should reflect in actions that restore trust in the presidency.

If the President cannot control the DP, he should at least show he has the courage to tame the power cabal around State House. One more misstep is dangerous for a country struggling for nationhood.