Warming and the Texas big freeze

It’s the ‘unknown unknowns’ that do the worst damage.

• By last year, researchers had found that over the past 20 years the same pattern of seven stalled peaks and lows over the same regions – ‘wave-7’ – has lasted seven times for more than two weeks.

• This suggests that the pattern is getting stronger – and since the latitudes where the loops are stalling include most of the major ‘breadbasket’ regions of the northern hemisphere, the crop-killing droughts and heatwaves they bring could cause a big loss in world food production. 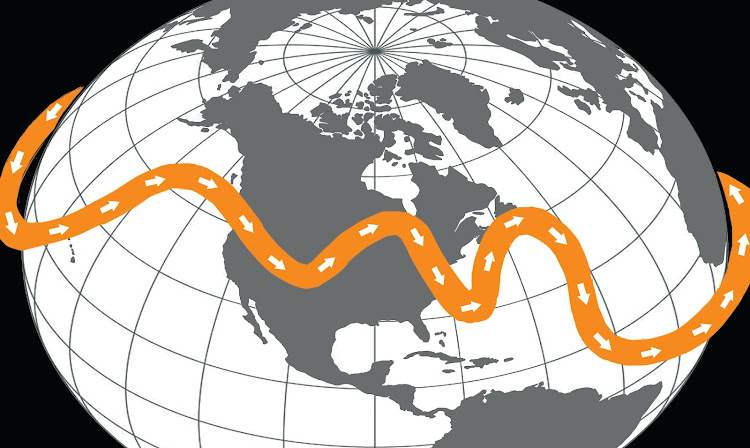 It’s not funny when people die of the cold, but there was some innocent amusement to be had from the indignation of Texans unable to boil their drinking water during the Big Freeze because the power was still out.

Things like that are not supposed to happen in a modern, developed country like the US of A. How dare they?

Others, aware that Texas has cut every corner in the public services that it’s possible to cut, were unsurprised by the five-day mini-disaster that struck the country’s second-biggest state (30 million people).

One blogger wrote philosophically: “Occasionally, something will happen in Texas to remind the people who live here that we live in a failed state.”

A winter temperature 25°C colder than usual for the time of year is rare, but this is not the first time it has snowed in Texas.

The electricity failed, triggering a cascade of other disasters, mainly because of a long-standing refusal to connect the state electricity grid with the two main national grids. (This was done to avoid federal supervision on prices and standards).

The ‘explainers’ on the media talk about a rogue ‘Arctic vortex’, but what’s really happening is much simpler than that. It’s just what global heating has done to the northern hemisphere's jet stream’.

The northern jet stream is a high-speed, high-altitude atmospheric ‘river’ that flows from west to east all the way around the planet.

It marks the boundary between the polar air mass,  sometimes called the ‘Polar Vortex’, and the warmer air masses of the mid-latitudes. (East-bound airliners crossing the North Atlantic and the North Pacific often hitch a ride on the jet stream, saving up to an hour compared to the west-bound journey.)

The energy that drives the jet stream comes from the temperature difference between the two air masses it divides.

However, the Arctic is warming much faster than the rest of the world, so that difference is shrinking – and with less energy, the jet stream is slowing down.

It used to blast straight east all the way around the planet, but even then it occasionally developed long S-shaped kinks called Rossby waves: big loops extending far north and south of its usual track.

As it has slowed down (the average speed is now 150-225 kph), the Rossby waves have grown both more frequent and bigger.

They are often now great loops deviating far north and south from the straight track, and those loops bring with them cold polar air rarely seen so far south, or warm air not seen previously so far north.

That’s what happened to Texas last week: one of those Rossby waves brought cold Arctic air all the way south – and then stuck for a while.

The jet stream itself didn’t stop. It just flowed all the way around that loop and kept going east, but the kink stayed put and the cold air in it froze Texas.

This pattern will recur lots of times, and Texans will have to learn to live with it. Climate change doesn’t care whether you believe in it or not – and it may get worse.

In June and July of 2018 record-breaking heatwaves hit the western United States, Western Europe and the Caucasus-Caspian Sea region at the same time, while there was extreme rainfall and flash flooding on the US east coast, in eastern Europe and in Japan.

It was all happening in big Rossby loops that had taken over the entire jet stream.

All the loops, containing hot dry air or cool moist air, were ‘stuck’ for upwards of two weeks.

Norway had its hottest temperature ever but only half the normal rainfall for July, while in Japan severe floods and landslides caused by heavy rain destroyed more than 10,000 homes.

By last year, researchers had found that over the past 20 years the same pattern of seven stalled peaks and lows over the same regions – ‘wave-7’ – has lasted seven times for more than two weeks. In the previous 20 years (1980-2000), that had not happened even once.

This suggests that the pattern is getting stronger – and since the latitudes where the loops are stalling include most of the major ‘breadbasket’ regions of the northern hemisphere, the crop-killing droughts and heatwaves they bring could cause a big loss in world food production.

It’s the ‘unknown unknowns’ that do the worst damage.