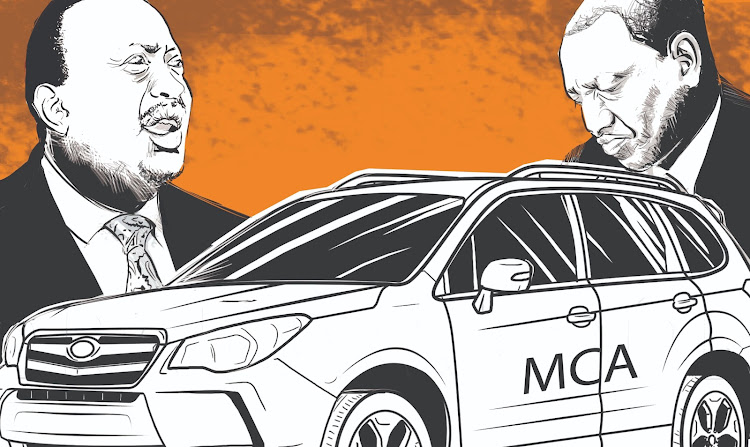 I hope one day to read an article which can explain to me, in a decisive and authoritative manner, just how it is that Deputy President Dr William Ruto could in past months have such large crowds turn up to greet him on his visits to Central Kenya; and the size of those crowds then prove to be of no significance whatsoever, when at last the county assemblies voted on the Building Bridges Initiative Bill.

But even as I wait to see if anyone will explain this adequately, for now, a word about what is referred to in the US as “pork barrel politics” (also known as “earmarking”).

This is a political tactic that has at last come of age here in Kenya, and which played no small part in the success of the drive towards a referendum on the BBI Bill.

Here is the basic idea. Say you want to get the regional county assemblies to support a landmark amendment to the Constitution of Kenya. Your stated objective is that this amendment will end the deeply divisive presidential elections of years past, as there will now be room within the top leadership of the winning coalition, for some five or so regional political giants.

In effect, this BBI Bill is a bold attempt to create a localised version of the kind of collegial presidency that has long existed in Switzerland, for example.

Now that may well be a valid objective for national politics. But this proposal has to be approved by members of the county assemblies. And these grassroots leaders do not tend to think in terms of such long-term national priorities. They focus on just two things: the developmental needs of their rural supporters; and the possibility of direct benefits to themselves.

So, while seeking to end Kenya’s history of drifting into election-related political and economic instability every five years, you must also consider what you can offer the dusty villages in rural Kenya, and their chosen grassroots representatives, ie, MCAs.

The President and the former PM Raila Odinga want to see a substantial dilution of the imperial presidency, and an end to the days when a presidential election posed an existential threat to all of us. The MCAs want new cars and control over a development fund that will allow them to keep their promises to their supporters. Thanks to pork barrel politics, both the President and the MCAs have got what they want.

And this is what the BBI package – directly and indirectly – diligently provided. A nice new car for the MCAs. And also, what amounts to a rural development fund, which will provide the said MCAs and their grassroots committees with the funds needed to address local priorities.

According to one definition, “Pork-barrel politics is the legislator's practice of slipping funding for a local project into a budget. The project may have nothing to do with the bill and may benefit only the legislator's home district.”

Well, in much the same way, a brand-new SUV for every MCA in the country has nothing to do with President Uhuru Kenyatta’s dream of detoxifying Kenyan presidential elections.

But that brand-new SUV must surely have been front and centre in the minds of the MCAs as they cast their votes in favour of the BBI.

And this really, is how you go about reconciling rival priorities and conflicting perspectives within a democracy.

The President and the former PM Raila Odinga want to see a substantial dilution of the imperial presidency, and an end to the days when a presidential election posed an existential threat to all of us. The MCAs want new cars and control over a development fund that will allow them to keep their promises to their supporters.

Thanks to pork barrel politics, both the President and the MCAs have got what they want.

The big loser in all this is DP Ruto.

He previously had a longstanding reputation as a shrewd operator, with a keen sense of which way the wind was blowing. A man who always ended up in the winning team.

This reputation has been demolished by the overwhelming support that the BBI received in the county assemblies.

He is now doomed to limp into the 2022 presidential election season with the taint of being a loser – a man who was so delusional as to believe that his chances of blocking the advance of the BBI agenda were pretty good.

Dr Ruto’s only realistic hope for recovering from this catastrophic defeat is that there should at some point be a major falling out between Uhuru and Raila.