The TPLF has no air force, but it can match the federal army in everything up to and including mechanised divisions.

• It could be a long war, because Tigrayans are over-represented in the armed forces

• Ethiopia is Africa’s second-biggest country, very poor but with a fast-growing economy. The very last thing it needs is yet another civil war 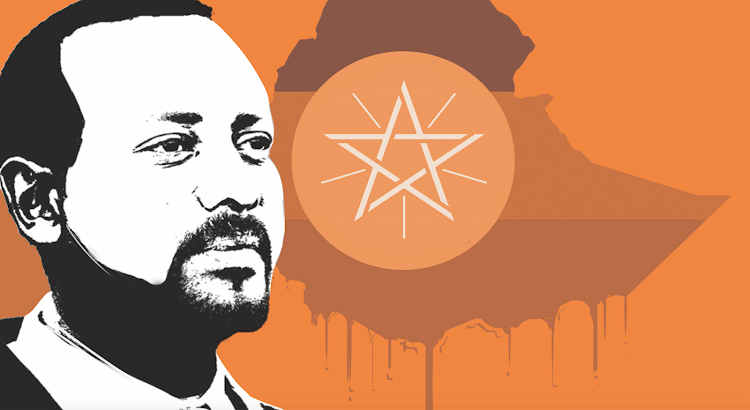 Americans should congratulate themselves. Their election system is definitely better than Ethiopia’s. In fact, it works so well that there’s unlikely to be another American civil war.

The US, a federal country with a complex and decrepit voting system, has nevertheless just held a national election despite about a quarter-million Covid-19 deaths. President Donald Trump is finding it hard to process his defeat, but the system itself worked fine despite the pandemic.

Ethiopia, another federal country with one-third of America’s population but less than one-hundredth of the US Covid death rate, should have held its scheduled election this autumn too, but Prime Minister Abiy Ahmed postponed it “because of Covid”.  That was a very serious mistake.

The government of the Tigray region of Ethiopia accused Abiy of needless delay, and when he refused to change his mind they went ahead and held the election in Tigray anyway.

This is so stupid and reckless that it makes American politics look positively demure by comparison. To be fair, though, Ethiopia has only recently emerged from 45 years of revolution, white and red terror, renewed tyranny, more revolution, and practically non-stop civil and international war. Ethiopia is a really hard place to govern.

When Abiy was appointed prime minister two years ago by the ruling coalition, the Ethiopian People’s Revolutionary Democratic Front, he was the first Oromo ever to govern the country. This is despite the Oromo being the largest of Ethiopia’s many ethnic groups (a third of the population). They have been unhappy for a long time, so that was a plus.

So was the fact that he was the son of a Christian-Muslim marriage, useful in a country that is two-thirds Christian, one-third Muslim. And Abiy’s intentions were good: He immediately set about to dismantle the stranglehold on power of the various ethnic militias that had fought and won the long war against the Derg, the previous Communist dictatorship.

The most powerful of those militias is the Tigray People’s Liberation Front. Tigray, the country’s northernmost province, has only six million people, a mere five per cent of Ethiopia’s population. However, Tigrayan soldiers and politicians have dominated the EPRDF coalition and government for most of the last 30 years because of their historic role in the war against the Derg.

The Tigrayan political elite’s privilege was widely resented, and it was time for it to end. Last year, Abiy tried to do that by merging all the ethnic militia-based parties into a single Prosperity Party. The TPLF leadership wouldn’t play. They had always lived in the castle, and nobody was going to make them go and live with the commoners.

It is, alas, as simple as that, and perhaps a more accomplished civilian politician could have finessed it: Cabinet posts, ambassadorships and/or fat lifetime pensions for the more flexible Tigrayan leaders, discreet but massive bribes for Abiy, despite a background in intelligence work that should have given him good political skills, is inflexible and confrontational. The cascade of threats, counter-threats and ultimatums between him and the TPLF leadership is now culminating in what amounts to a Tigrayan war of secession.

It could be a long war, because Tigrayans are over-represented in the armed forces and much of the army’s heavy weapons and equipment, which were based in Tigray because of the border war with Eritrea, has fallen into the TPLF’s hands. The TPLF has no air force, but it can match the federal army in everything up to and including mechanised divisions.

Ethiopia is Africa’s second-biggest country, very poor but with a fast-growing economy. The very last thing it needs is yet another civil war, which in current circumstances could also lead to other regions trying to secede. Even if the TPLF was trying to provoke a war (which looks quite likely), Abiy’s first duty was to avoid it at all costs.

They gave Abiy the Nobel Peace Prize last year for bringing Ethiopia’s 22-year border war with Eritrea to a formal end, but that award has been going downhill ever since Henry Kissinger got one. They even gave one to Myanmar leader Aung San Suu Kyi, who now goes around condoning genocide.