Time for UK, US to stop aiding terror against terror

Tragically, there is no evidence that this war on terror is making anyone safer. 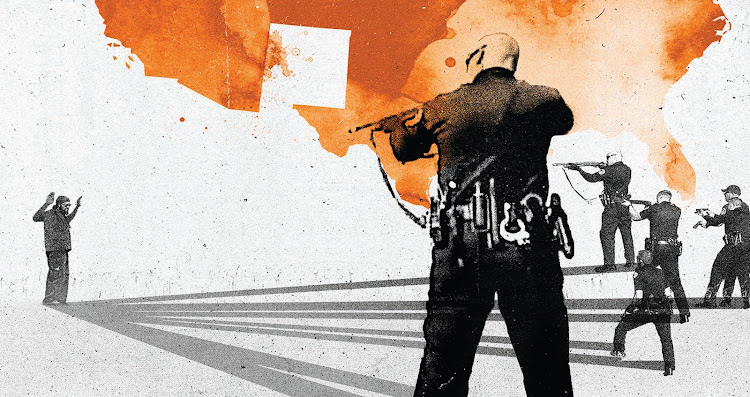 An explosive two-part investigation recently revealed how the government is working closely with US and UK intelligence agencies to wage a secret, illegal war on terrorism – a conflict that is ironically terroriSing the very people it is meant to protect.

The probe by investigative journalist Namir Shabibi for Declassified UK exposed how a covert Kenyan paramilitary squad, the Rapid Response Team, has undertaken covert renditions, extrajudicial killings, and a figurative assault on Kenyans’ rights to due process.

The articles detail the extensive support provided to the RRT, principally by the US Central Intelligence Agency, but also by the UK’s MI6. Kenya’s Muslim communities have of course suffered the brunt of RRT’s abuses.

The investigation also uncovered botched raids by the RRT and allegations of summary executions. We have seen these abuses with our own eyes. Omar Faraj family cried on our shoulder when their son was gunned down by RRT commandos in October 2012 in Mombasa. Shabibi’s investigation spoke to a whistleblower Kenyan police source who confided that the killing was one of mistaken identity.

But, as usual, Kenyan police lied, giving an utterly implausible cover story. It’s no wonder nobody from the Kenyan police or Ministry of Interior responded to Shabibi’s requests for comment.

Should we be surprised? Perhaps not, given this government’s history of gleefully running roughshod over Kenyans’ rights. Should we be outraged, nonetheless? Definitely, and for a number of reasons.

First, there’s the issue of who profits from this madness.

The government helps facilitate CIA and MI6’s clandestine and unlawful terror wars for one primary reason: money. In January 2019, the US Congressional Research Service estimated Washington’s counterterrorism aid in Kenya in the last decade at about Sh40.4 billion.

Over Sh11.5 billion in military equipment and assistance got donated to the military in 2017 alone, according to the US Embassy in Nairobi. The two countries have also signed at least Sh25 billion in arms deals in recent years.

Some of that money is of course used to shore up the military budget. But how much and to what ends? We don’t know for sure. President Uhuru Kenyatta, as the Commander-in-Chief, has a hands-on relationship with the Defence ministry. This ministry’s procurement falls under presidential privilege, meaning it is subject to secrecy due to “national security” concerns.

In other words, no one really knows what’s happening to that money – it’s unaudited. Until we have transparency in the military budget, it’s reasonable to suspect that some of this aid is filling the trough where our leaders eat.

This government has long made a show of preserving Kenya’s “sovereignty” against foreign interference. The RRT investigation, along with Kenya’s self-defeating foray into Somalia, don’t fit well with that image: The government has essentially rented out Kenya’s military forces, allowing them to be used as an instrument by a foreign power. Even worse, that instrument is being used to terrorise and kill Kenya’s own citizens, with no accountability.

Second, and perhaps most tragically, there is no evidence that this war on terror is making anyone safer. In fact, it’s probably making things worse.

Kenya’s Muslim community could be a key ally in the war on terror. But the government has consistently chosen confrontation instead, from the 2014 crackdown on ethnic Somalis in Eastleigh, to the mass arrests of Mulsims after every terrorist attack, to the Idris Mohamed fiasco in 2014.

The news of RRT’s clandestine raids and extrajudicial executions only continue this pattern, spreading fear, inflaming anger and breeding mistrust. Muslims feel they are under siege – at risk of being tried, convicted, and executed in the shadows, with no recourse to court or due process. This approach seems intentionally designed to alienate the Muslim community. And with alienation comes the risk of more radicalisation.

That’s not even to mention the elephant in the room: Kenya’s military involvement in Somalia. This was the original spark that inflamed Kenya’s wave of terror attacks nearly a decade ago. But by now it is clear that our soldiers are there to protect Western interests, not the Kenyan people. Their presence in Somalia unquestionably puts Kenyans in further danger, as the repeated terror attacks of the past nine years have shown.

Uhuru has every reason to withdraw the troops immediately. Instead, he appears to have doubled down by deepening ties with the CIA and MI6. Again, it comes back to money: suspending cooperation would likely lead the US and UK to cut billions of shillings in aid and turn on his administration.

Finally, there’s the issue of sovereignty.

This government has long made a show of preserving Kenya’s “sovereignty” against foreign interference. The RRT investigation, along with Kenya’s self-defeating foray into Somalia, don’t fit well with that image: The government has essentially rented out Kenya’s military forces, allowing them to be used as an instrument by a foreign power. Even worse, that instrument is being used to terrorise and kill Kenya’s own citizens, with no accountability.

It’s not a good look. Kenya has become a giant open-air market, with corrupt leaders selling anything and everything to the highest bidder – including Kenyan lives.

It’s time to shut down that market. Kenya’s government must own up to its past mistakes in the war on terror and embark upon a new approach. This new approach should include justice and accountability for past crimes, including the extrajudicial killings and disappearances uncovered in Namir Shabibi’s report. It should also seek to engage Kenya’s Muslim community as partners in combatting terrorism, rather than always treating them as suspects.

Until this happens, we’ll all be losers in the war on terror.

Chairman, Muslim for Human Rights Board

Revealed: The CIA and MI6’s secret war in Kenya

Clandestine Kenyan team paid and assisted by the CIA to take down terror suspects since 2004.
News
2 years ago

Revealed: The CIA and MI6 secret war in Kenya