He is offering the great majority of Kenyans (who are most definitely poor) a new form of identity politics. 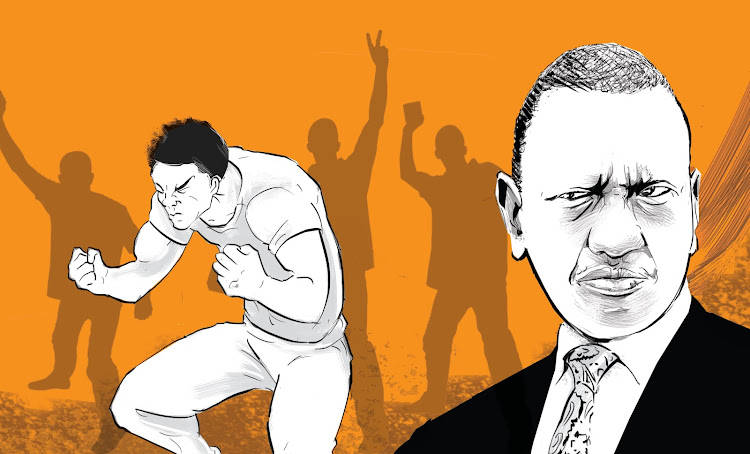 Usually it is within six months of a general election that temperatures rise high enough to bring about the kind of violence that produces casualties. But election-related deaths have come remarkably early this time around.

This tells us that the 2022 election will not be a replay of the 2002 transitional election, in which election-related violence was minimal.

Indeed, our current president, Uhuru Kenyatta, who was the loser in the 2002 presidential election, very gracefully conceded defeat and congratulated the winner, Mwai Kibaki. This was followed by a peaceful handing over of the instruments of power from the serving president to his successor, with no allegations of foul play and election rigging.

If we are to judge by the tragedy that took place in Murang’a last weekend – an outbreak of politically-instigated violence during which two young men were murdered –  there is little chance of any such graceful concessions or messages of sincere congratulations from the loser to the winner in 2022.

It is a bitterly contested political race that we have ahead of us.

And on that subject, an interesting factor that has emerged thus far, is that the political slogan being wielded by the Deputy President, Dr William Ruto, is far more powerful than you could rationally expect.

When Ruto first began to proclaim himself to be the champion of Kenyan “hustlers” who was out to uproot the united political strength of the alleged “dynasts”, it seemed like a pretty weak notion.

After all, is it not obvious from the history of each presidential election that we have ever had, that when it comes to the casting of votes Kenyans practice what is formally known as “identity politics”—what may more bluntly be called tribalism.

He invites his supporters to put behind them their usual focus on regional and linguistic tribal solidarity, and to embrace what amounts to a neo-Marxist theoretical framework that gives them a new identity as the betrayed and longsuffering “wretched of the earth”.

There are exceptions of course.

At the moment there are at least three MPs I can think of who are of Asian ancestry, and have successfully won a parliamentary seat with probably only a single-digit vote tally from their fellow Asians.

But the broader pattern is clear enough. When it comes to a serious bid for the presidency, you need at least one of the five big tribes behind you, just to get started. And no such big tribe will support you, if you are not “one of our own” as Kenyans say, or have some kind of electoral pact with an acknowledged regional leader.

Dr Ruto seems to be out to change all this. His brand of politics is – fundamentally – not that different from what has been practised previously, in that it is basically an effort to create a narrative of “us against them”.

The only modification – and possibly a very shrewd one – is that he seeks to define his side, “us”, as consisting of all the poor and desperate who have seen subsequent governments betray their expectations of a better life; and his rivals, “them”, are painted as being the children of unfair and unearned privilege.

In this narrative, these rivals are the sons of a hereditary political elite which has since Independence absorbed all the benefits that came with independence, leaving “the rest of us” destitute and having no choice but to beg for the crumbs under their table.

In short, that what was supposed to be the bright new dawn of Independence, was a sham: it was actually a shift from colonial rule, to the feudalisation of the economy, and the creation of a quasi-aristocratic elite who rule over their serfs.

The question that arises then is this: although this narrative of “hustlers versus dynasts” greatly irritates Ruto’s political rivals, does it really represent what the average Kenyan voter feels? Or at least what that average voter can be persuaded to believe?

Dr Ruto is offering the great majority of Kenyans (who are most definitely poor) a new form of identity politics. He invites his supporters to put behind them their usual focus on regional and linguistic tribal solidarity, and to embrace what amounts to a neo-Marxist theoretical framework that gives them a new identity as the betrayed and longsuffering “wretched of the earth”.

It is a bold experiment.

But will it actually deliver the votes he needs to be able to win outside his Rift Valley stronghold?

Post a comment
WATCH: The latest videos from the Star
by WYCLIFFE MUGA Commentator on Topical Issues
Columnists
08 October 2020 - 07:20
Read The E-Paper