MPs’ gluttony a slap in the face

• Barely a week ago, on Labour Day, government turned down workers’ request for a 15% increase to the minimum wage.

• Government told them to tighten their belts and support austerity measures. 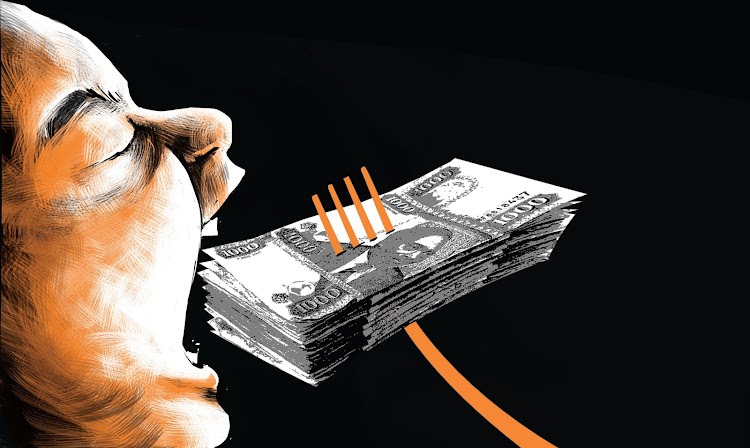 This week, Kenyans were shocked, disappointed and astonished by the outright theft and plunder of public resources by members of the National Assembly and the Senate.

In a blatant and shameless move, Parliament increased allowances for the 410 members of the two Houses in the name of house allowance amounting to Sh250,000 per member per month. To add salt to injury, it was reported that the greedy and selfish lawmakers backdated the allowances to 10 months, meaning each received an extra Sh2.5 million in their April 2019 salaries.

Not only is this outright theft but also unconstitutional and illegal. It would appear that parliamentarians have completely failed or ignored to read the mood of the country in awarding themselves this illegal extra allowance.

Barely a week ago, Kenyans celebrated Labour Day, which is set aside to acknowledge and appreciate the hard-working labour movement that forms the backbone of the nation’s economy. On that day, the labour movement had requested for a minimal 15 per cent increase to the minimum wage, which the government, through the Labour CS, unfortunately refused to approve.

As Kenyans, we can no longer remain quiet when the egotistic piggishness of leaders continues unabated. Kenyans must rise up and say no to this daylight theft and robbery of public coffers

The argument was that the economy cannot support even this small increase as the country is in a bad economic state. Due to huge debts and increased cost of living, Kenyans were told to tighten their belts and support government’s austerity measures to finance the development agenda.

While the people had no choice but to heed this call, it would seem parliamentarians opted not to care and instead silently awarded themselves hefty allowances at the expense of the economy and the common citizen.

Our lawmakers are some of the most highly paid in the world. Kenyan MPs earn more than MPs in most developed nations. Besides their salaries, which amount to about Sh1 million a month, they each have car grants of Sh5 million, mortgages of Sh20 million, committee allowances and many other unnecessary perks.

As if all this is not enough burden on mwananchi, they have now gone ahead to award themselves Sh250,000 per member per month. This new allowance was done illegally without the approval of the Salaries and Remuneration Commission, which is mandated to approve such perks.

What Kenyans are witnessing is wanton gluttony from the same individuals who were bestowed the responsibility of ensuring prudent and efficient use of taxpayers’ money – a betrayal of the highest kind.

The latest allowance is a clear and open admission that members of the National Assembly and the Senate have lost touch with the people and lack the moral authority to represent them. While wananchi are struggling with minimum pay and hard economic times, it is appalling to note that parliamentarians, who were elected to represent the people, are busy feasting on Kenyans’ taxes.

As people’s representatives, the MPs should be able to read the mood of the nation and empathise with the masses. As leaders, they should be on the frontline of challenging the status quo of unnecessary perks for state officers and support efforts to cut down the ballooning wage bill. Kenyans expect MPs to devise ways of making available more funds for development and reduce recurrent expenditures. Alas! To their dismay, the MPs are making the situation even worse by adding on to their perks.

Haki Africa together with other partners, including Human Rights Agenda (HURIA), have petitioned the SRC to immediately rescind the illegal house allowance for MPs and demand a refund from the parliamentarians of what has already been paid.

We have further called on the Ethics and Anti-Corruption Commission, Directorate of Criminal Investigation and Director of Public Prosecutions, to investigate those behind this illegal allocation and ensure they face the full wrath of the law.

As Kenyans, we can no longer remain quiet when the egotistic piggishness of leaders continues unabated. The continued amassing of allowances and perks by MPs is an affront to social accountability and a slap in the face of voters. Kenyans must rise up and say no to this daylight theft and robbery of public coffers by parliamentarians.