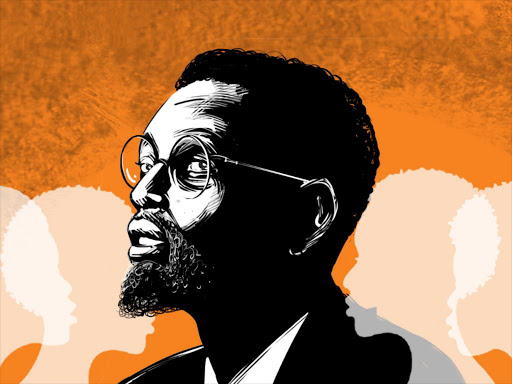 A story is told of a certain man of the people who died. On the day of his funeral his relatives set aside seating places for his children.

They were wise, or so they thought. His wife had three children but they set up 10 places.

By the end of the service, they had added seats and some children were still standing. All short and stumpy like their father.

A woman stood up to speak about her husband during a family gathering after her spouse died. She had fond memories.

Apparently this one used to bring pumpkins every week. I noticed a few women nod. He was home before 6pm every evening except Wednesdays when he had to be at the Nakuru office.

He was an area manager of some important company. Thursdays he was in the Meru office and one Friday in a month in Eldoret.

He spent two weekends in Kisumu during which he would also visit his mother. Mothers-in-law these days are their sons’ wingmen!

On most Sundays when he went to church, the vicar would nod proudly.

A lady walked in just as the grieving widow was saying her husband was faithful. Antonina (let us call her) marched straight to the widow and stood beside her.

Perplexed, Susan (let’s call her) asked Antonina if there was a problem? Turned out Antonina was the Kisumu office where he spent two weekends in a month.

Susan was prim and proper compared to Antonina, who was rough around the edges and loud. It baffled me how men are attracted to complete opposites.

So, Alfonse (the dead man) was some version of Father Christmas. Giving and giving.

As the service progressed, 10 women — repeat, 10 women — rose and moved to the front. One of them was expectant and all had proof of marriage — pictures of homes and dowry events, happy moments with dad and the fruits of their labour: Children.

I managed to pick out the Meru, Nakuru and Eldoret offices. Then there was his secretary, a clerk at a partner’s firm and a waitress.

But Alfonse had not stopped spreading the cheer; one of the 10 was Susan’s former housemaid! I mean, you had to applaud this equal opportunity lover. And for each woman, he had paid dowry. At least he made honest women of them.

Susan kept mumbling that it could not be. She really had no idea. She insisted she was the only wife. By now, Antonina was on the floor. Inconsolable, she could not believe that Alfonse had lied to her! As far as she was concerned, it was her and Susan in that pond.

No one really knows an African man until he is dead. We give birth to them, marry them, they are our fathers and our brothers but we really do not know them until they are dead.

When my father died, I gathered my two siblings to prepare them for whatever eventuality. We were three but chances were that we could find several other siblings, I warned. We only found one — whom even my mother had known all along so there were no rude shocks.

But I did not really know that man, my father. I guess he did not like people as much as we thought. There are those men who you find out were men of the people after their death. People here being women. That son of a woman drops dead and like a seed that is planted, out springs branches, leaves and most importantly fruit.

And are they not known by their fruit! Noticed how children born out there in the shadows are photocopies of their fathers? You do not even need DNA tests!

What puzzles me the most is the organisational skills of some of our men. Alfonse had a gift! He was able to feed all his children and had the vibrant energy for all his women. All his children knew him as dad! How did he not call any of those women by the wrong name? His memory was superb. Which is why I do not subscribe to pet names. Call me by my name as a testament to your organisational skills!

Forget those mammals out there with two children who can barely tell their ages. How I wish Alfonse had gone further and left a will. Last I heard, all his people were headed to court.