Backing rival clans led to the defeat at El Adde 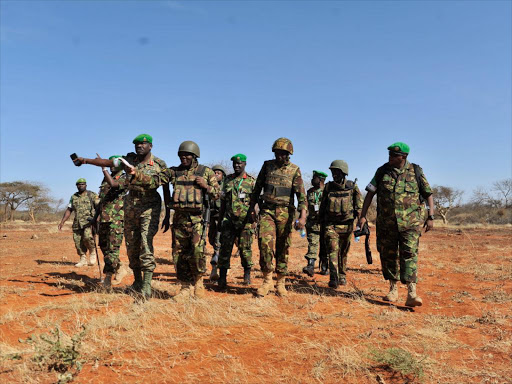 Many have commented on and rightly condemned al Shabaab's January 15 attack on the Kenya Defence Forces base in El Adde, Somalia.

But what most commentators knowingly or unknowingly ignored is the fact that many soldiers who escaped were not welcome by the locals and had to keep moving or end up in captivity – a sign of Kenya’s failure to win the hearts and minds of the locals.

When Kenya invaded Somalia in 2009, the government branded it a mission to free the country from al Shabaab, while pursuing its covert aim of establishing a buffer zone that it controls.

However, by design or ignorance, the government aligned itself with leaders of the Puntland region of Somalia and a guerilla group of ethnic Somalis originally from Ethiopia.

They share a tribal name with prominent Somali members of former and present Kenyan governments. That decision would come to haunt Kenya in El Adde.

The metropolitan city of Kismayu, which is the largest KDF base in Somalia, was mostly under the control of the largest tribe that resides in Gedo and a significant number in Jubba since the collapse of Siad Barre’s regime in 1992.

The Marehan tribe lives on 400km of border that Somalia shares with Kenya – the largest single tribe with which Kenya shares a Somalia border.

In early 2009, news circulated the Kenyan government was soliciting the support of government leaders in Puntland, a semi-autonomous region in northern Somalia that’s inhabited mostly by the Majerteen tribe.

It shares no border with Kenya and sought unsuccessfully many times to contest the control of Kismayu against the Marehan tribe unsuccessfully.

This time, the Ogaden tribe political leaders in Kenya, who used to remain neutral between Marehan and Majerteen clashes, were eager to take advantage of the invasion.

They have campaigned successfully for the Kenyan government to support and include in the coalition an Ogaden militia stationed in Dhobley town, which has links with the Ethiopian government.

The alliance of convenience against Marehan and al Shabaab was born.

None of the Somali Kenyan politicians' aim was to eliminate al Shabaab, as they said openly, although Kenya had other ulterior motives.

The Ogaden Kenyan politicians and the Majerteen tribe of Puntland, Somalia, had their motive too: to take Kismayu once and for all from Marehan’s control with the use of Kenya’s financial and its military power.

Prior of Kismayu’s capture, the city was under the control of al Shabaab, however, the group allowed the Marehan system to remain in place and dominate the city’s politics.

Al Shabaab understood that without Marehan’s implicit support holding the city or keeping it functional would prove to be difficult, so they offered the tribe an olive branch.

When Kenyan forces captured the city in October 2012, Kenya crowned a former al Shabaab leader, who is Ogaden, and was born in the Ogaden region in Ethiopia. This opened a new chapter.

Over time, under the Kenyan leadership in Kismayu, Marehan members became a target for the newcomers. Their men were killed, women raped, and property confiscated.

Those who had the means fled the city in large numbers and most of them moved to Mogadishu. Marehan failed to grasp the great game that was unfolding since early 2008.

Under the Amisom agreement, Kenya is responsible for sectors two and three, which comprise Jubba and Gedo (Ethiopia has a large presence and influence in this area, too). Kenyan forces moved into Marehan cities, towns and villages like El Adde. The Ogaden and the Majerteen remained in Kismayu and left Kenya to deal with a hurt warrior tribe that’s known for its modesty and vengeance.

There are two reasons why the locals did not help the fleeing soldiers. One, al Shabaab kills anyone who helps its enemy. Two, the Kenyan government aligned itself with and assisted tribes that have stolen Marehan's jewel city and killed their kinship.

The Kenyan government, therefore, has to re-engage the Marehan locals, re-assess its overall strategy in Somalia, and pursue legal channels to punish those who have misled it.

For Kenya’s mission in Somalia to succeed, all the locals must be equal stakeholders in this endeavour, and Kenya should provide incentives to attract the locals' goodwill.

Shire Salaad is a Somali blogger and political and developmental economic strategist.