There is a weakness in the Court of Appeal’s argument that KRA can point out to the Supreme Court.

• While there are several good arguments why Kenya should not impose the minimum tax, the arguments are based on very shaky legal principles.

• At the Supreme Court, cold, rational, and hard legal principles may prevail and the court could be persuaded to reinstate minimum tax 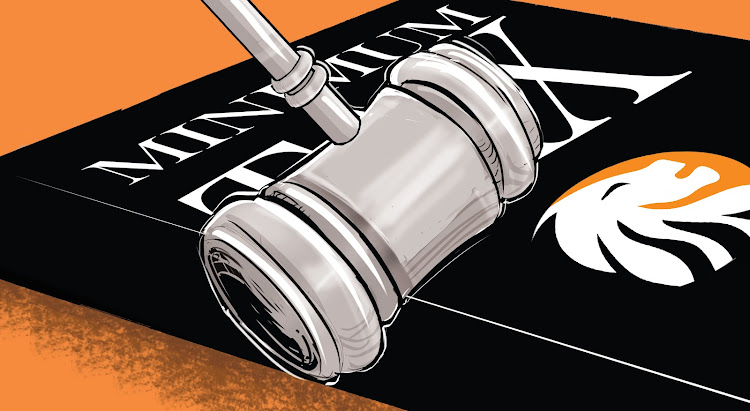 Kenya’s minimum tax has faced a lot of backlash from civil society, businesses and so far, the High Court and Court of Appeal.

However, the Kenya Revenue Authority has decided not to give up on potential revenue from minimum tax. KRA has taken the battle to the Supreme Court. While there are several good arguments why Kenya should not impose the minimum tax, the arguments are based on very shaky legal principles.

At the High Court, the petitioners succeeded in overturning the minimum tax in part, through reaching out to a reasonable judge. The litigants filed the case in Machakos where Justice George Odunga sat at the time. The Chief Justice had transferred the judge from Nairobi to Machakos.

Justice Odunga’s judicial approach to public policy in several cases has been to side with petitioners against government agencies. This is not a criticism of the good judge as government agencies are prone to using force, being discriminatory, among other negative traits. The petitioners needed a judge capable of seeing and understanding discrimination and they found the judge.

However, the petitioners did not properly focus on the tax issues inherent in their case. This is not surprising because Kenyan courts are not tailored to handling any highly specialized cases. This is because the judges are generally experts on the law but do not have the strongest grasp on the various fields of practice. This failure to address the tax issues inherent in the case escaped the attention of the High Court, which struck down minimum tax as unconstitutional. The petitioners had achieved their desired aim despite the achievement not being “clean.”

The failure to finish off KRA at the High Court through addressing the tax issues such as structure of minimum tax had a consequence. KRA, despite being beaten, had some life left in them to file an appeal. The Court of Appeal partly agreed with Odunga and partly disagreed with him.

The areas that the Court of Appeal disagreed with the judge are interesting because they expose the cracks in the case challenging minimum tax. First, the petitioners had failed to demonstrate any double taxation. The High Court judge noted this and stated that minimum tax raised a “possibility” of double taxation.

The Court of Appeal tore into this argument and decision exposing all the faults. Double taxation only arises if a tax is carried out on the same person, same income, same tax head and within the same financial year. KRA demonstrated that persons that paid corporate income tax or turnover tax would be exempt from minimum tax. The petitioners could not show how double taxation would arise. It is unlikely they will do so at the Supreme Court but nothing stops them from trying.

The petitioners had hinged their argument at the High Court on the basis that “income” means “gains” or “profits”. As a result, income tax may only be charged on profits or gains. The High Court was persuaded. The Court of Appeal disagreed. “Income” tax is charged on seven different “types” of income including what KRA deems to be a person’s income.

When a company sells a book, it has to take into account various taxes. For example, if the book is imported, import duty has to be paid. The land that the company uses to sell its products may have been leased or bought and for this, stamp duty will be paid. When the book is sold, VAT has to be charged to the consumer and remitted to KRA. In the same way that VAT is paid by the consumer at the point of sale (notice there are no arguments about profit/loss here) minimum tax would be due from the seller at the point of sale. The Court of Appeal placed the cart before the horse.

Regarding the rationale, lumping together genuine loss making entities and tax evaders that fudge their numbers to declare losses. The right to dignity was waived as a shield and sword at the Court of Appeal and the High Court and successfully used to slay the minimum tax dragon. KRA may consider rewording the rationale for the tax from netting evaders to ensuring burden of taxation is shared fairly. Essentially, their argument would be, if a person makes sales in Kenya, they should pay for the privilege. Cold, hard, and rational indeed.

Tax is one of the expenses of a business and minimum tax would be the ultimate business expense. It would discourage some businesses from operating in Kenya. Unfortunately, raising the cost of doing business in Kenya is not a legal argument. The discrimination angle can be played by comparing various sectors (those exempted from minimum tax and those that are not exempt). Whether this can succeed would be a coin toss as it is the sole legal argument left and not a very strong one.

At the High Court, the petitioners emerged successful with their arsenal of weapons intact. However, at the Court of Appeal, KRA huffed and puffed and blew part of the door open. The remaining hinges are very flimsy and may not survive another round of KRA huffing and puffing at the Supreme Court. That said, the petitioners have engaged great legal counsel and we cannot write them off at this stage.

Post a comment
WATCH: The latest videos from the Star
by MAKENA KEVIN
Opinion
19 January 2023 - 05:00
Read The E-Paper