• Africa, no doubt, faces bigger challenges than elsewhere, but these offer huge investment opportunities too.

• There are bright spots on the horizon. Africa is gearing up to host the COP27 conference next month, where the issue of climate finance is expected to take centre-stage. 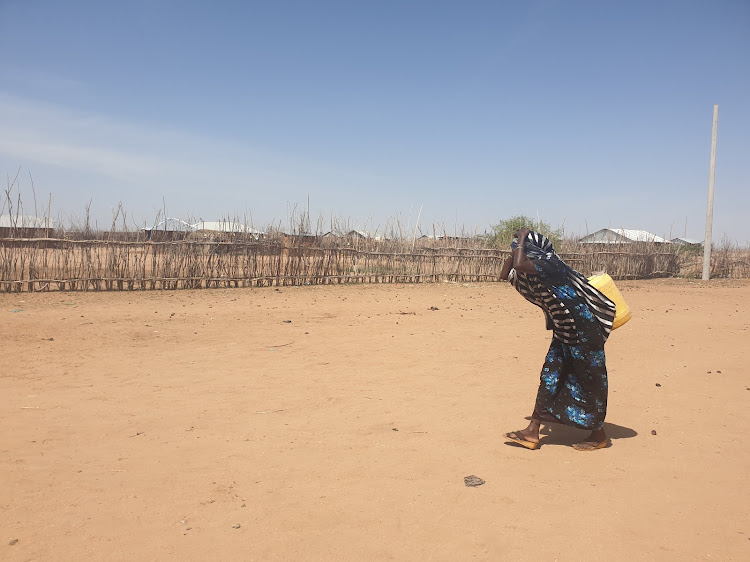 DROUGHT A woman carries a jerrycan of water in the arid areas of North Eastern Kenya which has been hard hit by the ongoing water.
Image: LOISE MACHARIA

It’s a threat to our existence but also offers humanity a chance to get things right for future generations.

Attempts to address the climate crisis are producing an ever-increasing pipeline of climate-related investment opportunities.

Nowhere promises bigger opportunities than in Africa, where new value chains— from sustainable agribusiness to renewable energy—are taking root as the continent’s industrial mix extends beyond extractives and other traditional sectors.

A young and rapidly growing population is equally increasingly keen to tackle big challenges, besides creating a market.

Africa, no doubt, faces bigger challenges than elsewhere, but these offer huge investment opportunities too.

For instance, about 600 million people or half of Africa’s population lack access to electricity.

Finding solutions to these needs would open a market for investors while improving people’s well-being.

No wonder relatively new business models have sprouted in recent years, including the pay-as-you-go solar system, and mini-grids that are lighting up thousands of rural homes and businesses across sub-Saharan Africa.

Africa would need around $133 billion every year in clean energy investment to meet its energy and climate goals between 2026 and 2030, according to the International Energy Agency (IEA).

But there’s much more to Africa than just needs to be met.

Africa’s rich reserves of minerals— such as lithium, cobalt, and copper— that are critical for clean energy technologies, position the continent as a key player in the global energy transition.

While there has generally been a steady increase in the flow of climate investments in recent years, it’s still considered a trickle compared to the required volumes.

According to a recent study by Climate Policy Initiative (CPI), annual climate finance flows in Africa– domestic and international– hit $30 billion in 2020, just about the size of Senegal’s GDP.

While the figure has grown over the years, it represents just 11 per cent of the $277 billion Africa needs every year to meet the 2030 climate goals. This shines a light on the existing deep financing gap.

The needed ‘green’ capital is set to grow even further in coming years, fuelled by Africa’s rapidly growing population, urbanisation, food, energy and water needs against the backdrop of climate change.

This confluence of factors opens the window wider for investment opportunities.

There are bright spots on the horizon. Africa is gearing up to host the COP27 conference later this month, where the issue of climate finance is expected to take centre stage.

This comes amid growing recognition of the continent as an important actor on the world stage. Of course, more is needed beyond mere recognition.

Countries in Africa are generally low polluters. Through increased development of clean energy, green buildings, and sustainable transportation and agriculture among others, the continent can help reduce the global emissions average.

Likewise, investors in such green projects can earn carbon credits in addition to normal returns.

Important to note that it is much easier and less costly for less developed economies that are starting from a lower base to pursue a low-carbon, climate-resilient development pathway compared to mature markets such as the US and Europe.

For rich nations, a shift to greener projects means heavy write-offs of carbon-heavy facilities that they have long relied upon.

However, whilst there is a lot of attention on financing the reduction of emissions in the rich nations, less developed economies continue to grapple with funding gaps, impeding their climate action plans.

A low-carbon pathway will enable the continent to address climate change while ensuring sustainable development, improvement in livelihoods, energy security, and job creation.

Achieving this will require significant financial resources from public and private actors, at scale and with speed.

African nations have a role to play too in filling financial gaps. They have to address cross-cutting barriers for the private sector, largely considered a key engine of growth, for accelerated investments in climate-related fields.

Besides direct investments, we need to see a steady pick-up in alternative climate financing instruments such as green bonds, alongside the creation of green financial products among commercial banks with support from development finance institutions.

Finally, investment is one thing. Delivering adaptation finance commitments and compensation for the global damage caused by big polluters is another. Africa deserves both.

“The most affected Nations are the third world Countries that have no capacity."
News
1 month ago

Kazi Mtaani youths to be give tree planting jobs - Ruto

He said tree planting will save the country from the adverse effects of climate change.
News
1 month ago
Post a comment
WATCH: The latest videos from the Star
by IRENE KARANI
Opinion
01 November 2022 - 16:29
Read The E-Paper