The idea of citizenship is a critical foundation of a democratic society.

• We must not to vote for men and women whose background we all do not admire.

• Instead, let elect leaders who are ready and willing to make personal sacrifice and to make compromises, if that is what the common good requires. 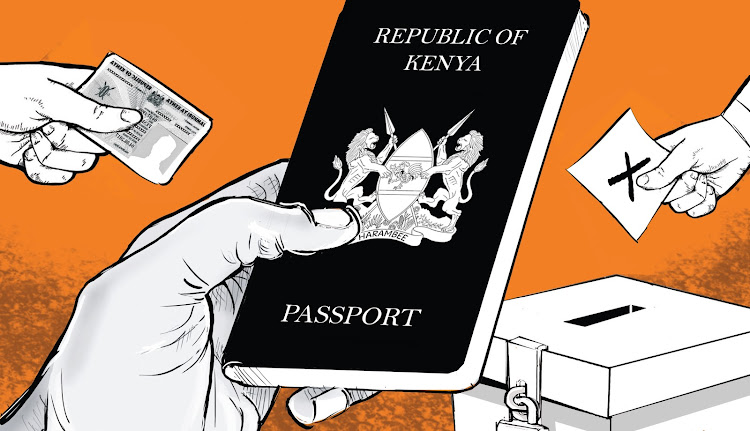 Citizenship isn’t often the stuff of inspiration. We tend to talk about it only when we are thinking of passports, getting the national ID, and when refugees take out citizenship and gain new entitlements.

When we talk about the substance of citizenship, it often veers into legal technicalities or tedium. The idea of citizenship is a critical foundation of a democratic society. To be a citizen is not merely to belong to such a society, and to enjoy certain rights and privileges. It goes beyond the right to have an ID, passport and to cast a vote at an election. To be a citizen includes certain responsibilities to society — not least to fellow citizens, and to the common life that we live.

Citizenship, in this sense, involves not just a status. It also involves a practice. And as with all practices, it can be judged according to a notion of excellence. There is a way to be a citizen or, to be precise, to be a good citizen.

Of course, what bad or virtuous citizenship must mean naturally invites debate or disagreement. But in my view, the August 9 elections present an opportunity for us to take citizenship seriously and it must involve a number of things.

There’s first a certain requirement of political intelligence. A good citizen must possess certain literacy about their political society, candidates and be prepared to vote.

A good citizen isn’t apathetic, gullible or content to be a bystander on issues of public interest. They’re able to take part in debate, and to do so guided by knowledge, reason and fairness. A good citizen is prepared to listen to, and weigh up the available evidence and make sound decision when called upon. They are able to listen to views they disagree with, even seeing the merit in other views.

This brings me to the second quality of good citizenship, courage. Citizenship isn’t a cerebral exercise. A good citizen is prepared to make tough decisions. They are willing to speak out and a stand on pertinent issues in our society such as corruption, high cost of living, nepotism, tribalism and high rate of unemployment.

They are willing to speak the truth to power and willing to break with received wisdom. And finally, good citizenship requires commitment. When a good citizen acts, they do so not primarily to advance their own interests; but they do what they consider best for the common good of society.

For us to regain pride in our citizenship, we need to be courageous enough not to vote in merchants of impunity and peddlers of corruption. We must not to vote for men and women whose background we all do not admire. Instead, let elect leaders who are ready and willing to make personal sacrifice and to make compromises, if that is what the common good requires.

The good citizen is motivated by patriotism — love of country, loyalty to the community and the desire to make society a better place. How attainable is such an ideal of citizenship? Is this picture of citizenship an unrealistic conception? You’d hope not. But civic virtue of the sort I’ve described has perhaps become more difficult to realize in our society today. The conditions of good citizenship are growing more elusive.

The rise of fake news, misinformation, and propaganda particularly through social media, during this election period has undermined a public debate regulated by reason and conducted with fidelity to the truth.

Populism, tribalism and polarization of the electorate have made it more difficult to have civil disagreements, or the courage to cross political divides. With the rise of tribal kingpins leaders, patriotism has taken an illiberal overtone that leaves little room for diversity.

And while good citizenship requires practice, it can all too often collapse into curated performance and disguised egotism: in our digital age, some of us want to give the impression of virtue, rather than exhibit it more truly. Moreover, good citizenship and good institutions go hand in hand. Virtue doesn’t emerge from the blues. It needs to be seen, and it needs to be modeled. But where are our well-led institutions right now? In just about every arena of society –institutional culture has become defined by ethical breaches, misconduct and indifference to professionalism.

When we do think about the public, we think of what we can extract from it rather than what we can contribute to it. We’ve stopped being citizens, and have started becoming taxpayer merchants seeking a return. It’s as though we’re in perpetual search of a dividend, as though our tax were a private investment.

But our electioneering period is a time for us to reset. It has presented us the opportunity to critically re-examine those presenting themselves for elective positions.

What sort of leaders do we desire for the next five years? And good citizens, everywhere, are rightly asking what post-election society should look like. The answers aren’t yet clear, and we all should consider how we shape those answers. It may just be the right time for us to take citizenship seriously again.

Ochula is a communications and governance expert [email protected]

He said any person arrested by police must have his or her day in a court of law
News
1 month ago
by MICHAEL OCHULA
Opinion
18 July 2022 - 05:00