WHO recommends deployment of either insecticide-treated nets or indoor residual spraying for malaria vector control.

• Kenya has an estimated 3.5 million new clinical malaria cases and 10,700 deaths each year, with those living in Western Kenya at a high risk 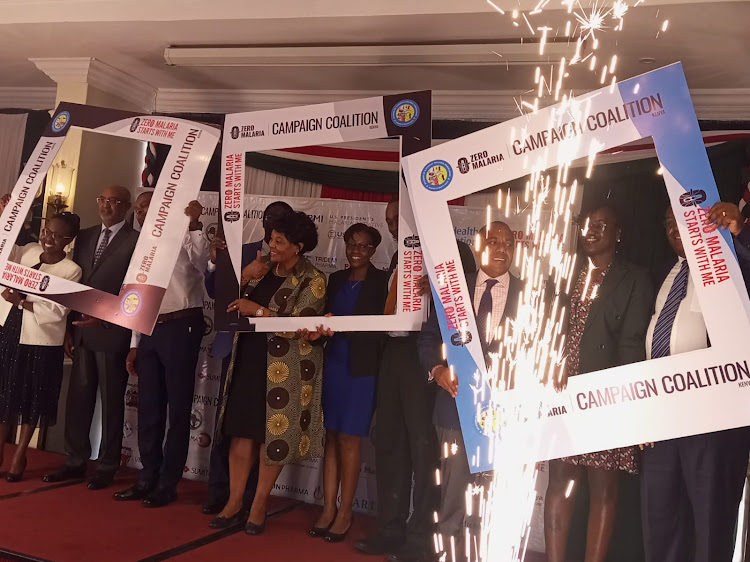 As we mark World Malaria Day on April 25, we lift our heads higher with hope for an even better tomorrow on the historic milestones we continue hitting towards eradicating this deadly disease once and for all.

Last year, Kenya entered the history books as one of three African countries to pilot and roll out the world’s first vaccine against malaria - a breakthrough that shows an intensified fight that brings Kenya and the world closer to ending the battle against malaria.

Kenya has an estimated 3.5 million new clinical malaria cases and 10,700 deaths each year, with those living in Western Kenya at a high risk, according to Centers for Disease Control and Prevention.

The World Health Organization’s World Malaria 2021 report shows sub-Saharan Africa continues to be impacted the most by malaria, accounting for about 95 per cent of all cases and 96 per cent of all deaths in 2020, a staggering figure.

About 80 per cent of deaths in the region are among children under the age of five. While the historic discovery heralds hope for malaria-endemic regions, especially in the Western Kenya, it also comes with huge lessons that could help us end the scourge of malaria.

First, there is the collaborative effort among stakeholders to discover more effective ways of reducing the spread of malaria. Going forward, more investment is required to boost healthcare access, create better awareness on the disease and arm populations with significant and measurable preventive ways to fight it.

Recognising that the vaccine is not the only avenue to speeding the pace of progress against malaria, we need many tools, including vector control measures such as use of treated mosquito nets and pesticides, which will only be possible by harnessing the power of continuous innovation.

The WHO recognises vector control as a highly effective way to reduce malaria transmission, affirming it as a vital component of control and elimination strategies.

In fact, in most high malaria risk areas, WHO recommends deployment of either insecticide-treated nets or indoor residual spraying for malaria vector control.

Reckitt, through Mortein, has been at the forefront of the fight against malaria. We recently launched the Fight To End Malaria campaign – in a spirited bid to sustain the educative role on how populations can avoid costly treatment and health risks of the disease through preventive measures.

In view of the strategic long-term efforts, World Malaria Day presents us with an opportunity to communicate to our key stakeholders and the public all efforts in eradicating malaria.

Tapping into our sustained efforts and activities in vector control aligns well with this year’s World Malaria Day theme “Harness innovation to reduce the malaria disease burden and save lives”.

Our resolve is to ensure we provide access to the right product solutions, have the right partnerships and educate through digital and mass media to every Kenyan.

To support these encouraging developments, private sector players like Reckitt continue to play an integral role in fixing education and awareness gaps to achieve the end malaria goals on or before the 2030 targets.

We still can do more to accelerate the pace of ending malaria, if all of us join the fray in scaling up lifesaving interventions to sustain the good momentum we have achieved to date. We can’t afford to drop the ball at this moment.

The writer is the general manager for Reckitt East Africa

Kenya has so far administered 900,000 malaria vaccines in 8 endemic counties.
News
1 month ago

Why Kenya should change strategy in fight against malaria

Areas such as Nairobi that have for long been considered non-malarial zones are now reporting cases.
News
1 month ago

The drive seeks to eliminate the disease in the Great Lakes Region in a synchronised manner for better outcomes
News - Page 6
1 month ago
by ASIF HASHIMI
Opinion
25 April 2022 - 05:00