• It will also address the infrastructure deficit in the region. 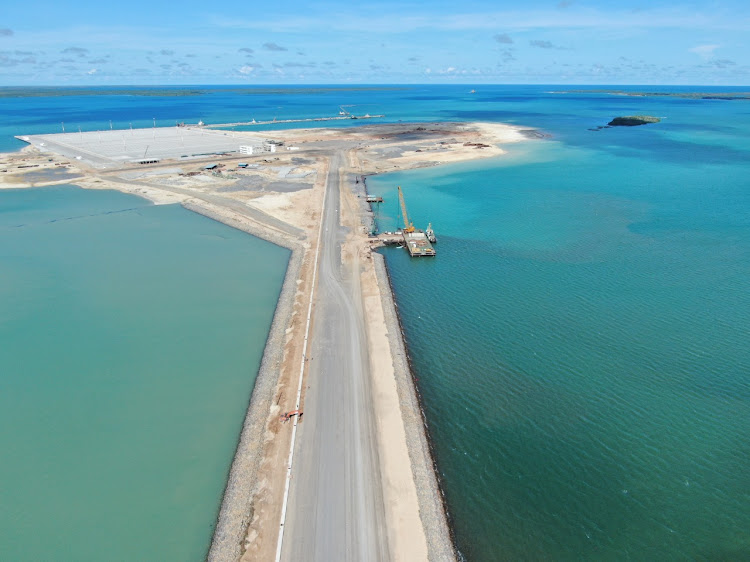 An aerial view of part of the LAPSSET project.
Image: FILE

The recent unveiling of the first of three berths at the Lamu Port heralds a new epoch in the economic fortunes of northern Kenya. The port is part of the Lamu Port South Sudan and Ethiopia Transport (LAPSSET) corridor.

LAPSSET is an ongoing mega-infrastructure project set to link the Kenyan coast at Lamu to South Sudan and Ethiopia and comprises roads, railways, pipelines, airports and resorts cities. Once complete, it will traverse the ten counties of Lamu, Garissa, Isiolo, Mandera, Marsabit, Samburu, Tana River, Turkana, Wajir and West Pokot.

Apart from unleashing economic and social opportunities, creating jobs and markets, LAPSSET will attract local and international capital into a region that has been largely neglected in the past. It will also address the infrastructure deficit in the region but most importantly, add a new dimension to development by supporting sustainable local economies.

To begin with, the proposed infrastructure network will also help create new industries and entrepreneurship opportunities across sectors like transport, energy, trade, agriculture, livestock, fisheries, manufacturing, ICT and real estate. Also, one of the key proposed outcomes of LAPSSET is the establishment of special economic zones, export processing zones and agricultural zones. These will support value addition for the primary livestock, agriculture and fisheries activities along the transport corridor.

Long-term projects like LAPSSET also play a vital role in promoting sustainable economic activities that build resilience of local communities to violence and conflict. Inter-clan rivalries have been blamed for recurrent political violence in northern Kenya. In addition, violent extremists behind terror attacks exploit local grievances to fan animosity in the wider population.

With this extensive trade and logistics corridor, the north and north eastern counties will experience unprecedented growth, reversing decades of under-development and marginalization. Indeed, the joke about residents greeting visitors, “Habari ya Kenya?” signifying the deep-rooted sense of social and economic alienation, will be past tense.

Apart from Lamu Port, other LAPSSET components are already taking shape enabling movement of people and cargo along the corridor. The Lamu-Witu-Garsen road is expected to be complete later this year. The 257-kilometer Lamu-Ijara-Garissa road, part of LAPSSET, is about to commence. The 507-kilometer Isiolo-Moyale highway is already complete. Other ongoing projects transforming the region include the $1 billion North and North Eastern Development Initiative (NEDI) funded by the World Bank, covering energy, road transport, water and sanitation, agriculture and social protection.

However, the role of infrastructure is not limited to hardware like roads required to support economic activity and social services. There is also the software to drive sustained and inclusive growth that enables people to lift themselves out of poverty.

The development indicators of the 10 counties in the LAPSSET corridor lag the rest of the country. World Bank data, for example, show the average poverty rate in these counties is 68 percent compared to the national average of 44 percent. There is therefore need to increase investments in transformative and sustainable livelihoods in primary activities like livestock, agriculture and fisheries.

Fortunately, the government is also revamping the livestock sector, to transform pastoralists’ lives. Livestock farming accounts for about 12 percent of Kenya’s GDP and is the main livelihood activity for the predominantly pastoralist northern Kenya people. The reorganization of the Kenya Meat Commission will create a ready market for livestock while curbing the illicit trade in stolen cattle that fuels political instability in the region.

All said, local communities need to be sensitized on how to tap into the immense opportunities of LAPSSET and other projects. Also, with the anticipated urban growth along the corridor, land will be a major issue that needs to be promptly addressed. To avert intensified conflicts over resources in future, and project delays, environmental issues should be resolved early.

Mwachinga is an Advocate of the High Court of Kenya. [email protected]