He later turned the gun on himself and died of a self-inflicted gunshot wound.

•Officers were called to the scene after the gunman, who has not been named, opened fire on colleagues at the branch in Chesapeake. 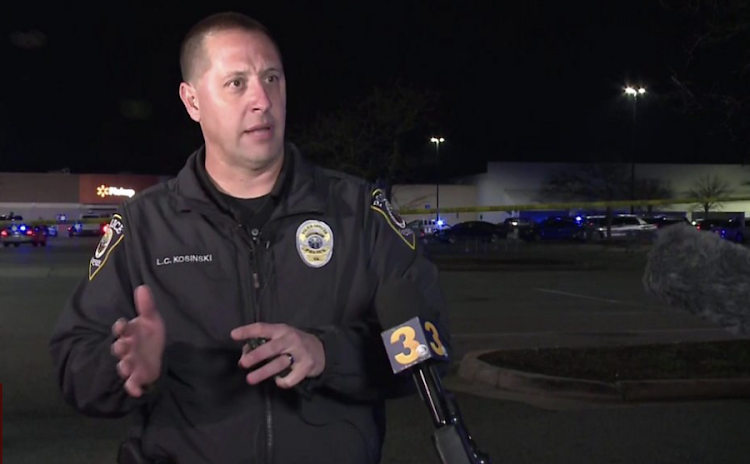 An employee at a Walmart supermarket in the US state of Virginia has shot dead six people and injured four others, police say.

Officers were called to the scene after the gunman, who has not been named, opened fire on colleagues at the branch in Chesapeake.

He later turned the gun on himself and died of a self-inflicted gunshot wound.

The motive is still unknown. Police are not searching for anyone else in connection with the attack.

The first emergency call was made at 22:12 local time on Tuesday (03:12 GMT Wednesday) and officers arrived at the supermarket within two minutes.

They entered the building shortly after, and the scene was declared safe an hour later once it had been cleared and all the victims had been located.

Processing the crime scene would likely take several days, Police Chief Mark Solesky told a news conference on Wednesday, adding that the investigation was being carried out with the help of the FBI. 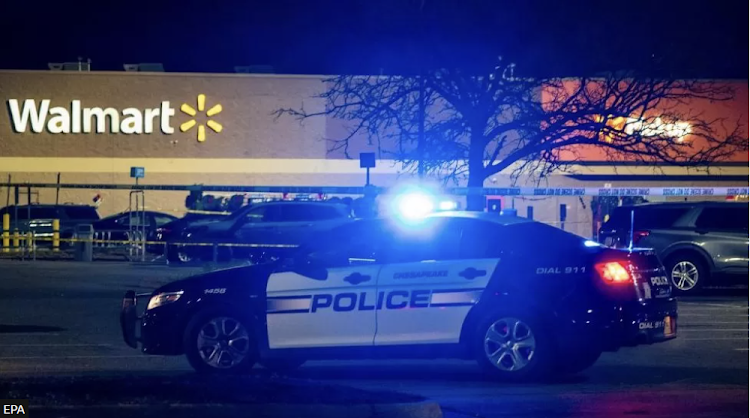 He did not identify the attacker, saying their family had not yet been informed.

An eyewitness - who was wearing a Walmart uniform - described what happened in footage that circulated on social media shortly after the attack.

He said he had left a staff room, which a colleague then entered before quickly opening fire. "Sadly we lost a few of our associates," he said.

One woman told WAVY-TV that her brother, a 20-year-old employee, was shot and wounded just 10 minutes after signing on for work.

But she said her sibling was able to talk to relatives and send texts - saying this was "comforting".

Another woman, Joetta Jeffery, told CNN that her mother had been inside the building when the attack took place, and had managed to send text messages.

Ms Jeffrey said her mother was not hurt but was in shock.

Walmart said it was "shocked at this tragic event" and was "working closely with law enforcement".

"There will be time for us to react and better understand but today is a moment where we need to support these families that are facing the unimaginable.," he said.

President Joe Biden described the attack as "another horrific and senseless act of violence".

"I signed the most significant gun reform in a generation, but that is not nearly enough. We must take greater action," he said.

The shooting comes just days after a gunman opened fire at a LGBT nightclub in the US state of Colorado, killing five people and injuring 17 others.

And earlier this month, three American Football players were shot and killed at the University of Virginia.

Post a comment
WATCH: The latest news from around the World
by BBC NEWS None
World
23 November 2022 - 19:22
Read The E-Paper