Mr Trump has dismissed the lawsuit as "another witch hunt".

• It alleges that they lied "by billions" about the value of real estate in order to get loans and pay less tax.

• Mr Trump has dismissed the lawsuit as "another witch hunt". Donald Trump Jr, Ivanka Trump and Eric Trump are named as defendants in the lawsuit
Image: AFP VIA GETTY IMAGES

Donald Trump and three of his children have been hit with a fraud lawsuit after a New York investigation into their family company - the Trump Organization.

It alleges that they lied "by billions" about the value of real estate in order to get loans and pay less tax.

Mr Trump has dismissed the lawsuit as "another witch hunt".

The lawsuit has been brought by New York Attorney General Letitia James, who is the state's most senior lawyer, after a three-year civil investigation.

Her office does not have the power to file criminal charges, but is referring allegations of criminal wrongdoing to federal prosecutors and to the Internal Revenue Service.

"With the help of his children and senior executives at the Trump Organization, Donald Trump falsely inflated his net worth by billions of dollars to unjustly enrich himself and cheat the system," Ms James said in a statement.

She said Mr Trump's own apartment in Trump Tower, which was valued at $327m (£288m), was among the properties whose values were allegedly misrepresented.

"No apartment in New York City has ever sold for close to that amount," Ms James added.

What's in the lawsuit?

Here's a look at what the 222-page document alleges:

"White collar financial crime is not a victimless crime," the attorney general said.

"When the well-connected break the law to take in more money than they are entitled to, it reduces resources available to working people, to regular people, to small businesses and to all tax payers."

Ms James is asking a court to bar the former president and his children from serving as officers or directors in any New York business.

She also wants the Trump Organization banned from engaging in real estate transactions there for five years.

The announcement comes after Ms James - a Democrat who is running for re-election in November - rejected at least one offer to settle the long-running civil investigation into the company's business practices.

Blasting the lawsuit on his Truth Social site, Mr Trump branded Ms James, who is black, a racist.

"Another Witch Hunt by a racist Attorney General, Letitia James, who failed in her run for Governor, getting almost zero support from the public," he wrote.

The Trumps have previously accused Ms James of pursuing a political vendetta, citing remarks she made before being elected as attorney general in 2018 in which she vowed to sue Mr Trump and branded him an "illegitimate president".

On Twitter, Donald Trump Jr accused Ms James of "weaponising her office to go after her political opponents".

While Mr Trump is not on the ballot in November's midterm elections, he remains the dominant force in the Republican Party - and is stoking speculation about another run for the White House in 2024.

In August Mr Trump declined to answer questions during an interview at the attorney general's office connected to this civil investigation. Ms James said he repeatedly invoked his Fifth Amendment right to not self-incriminate, confirming only his name.

Ms James said that Eric Trump did the same more than 500 times in a 2020 deposition.

Tristan Snell, a lawyer and former prosecutor who worked on a separate case against Trump University, told the BBC that the lawsuit could take a year to go to trial.

But the potential of such a trial could severely restrict Mr Trump's ability to do business in New York and profit from his marquee real estate holdings in New York City. It could trigger a series of financial consequences that would make it harder for him to raise capital and maintain credit, Snell said.

"It definitely could be ruinous for him," Snell said.

Which properties were allegedly misrepresented?

The lawsuit lists some of the most well-known Trump properties: 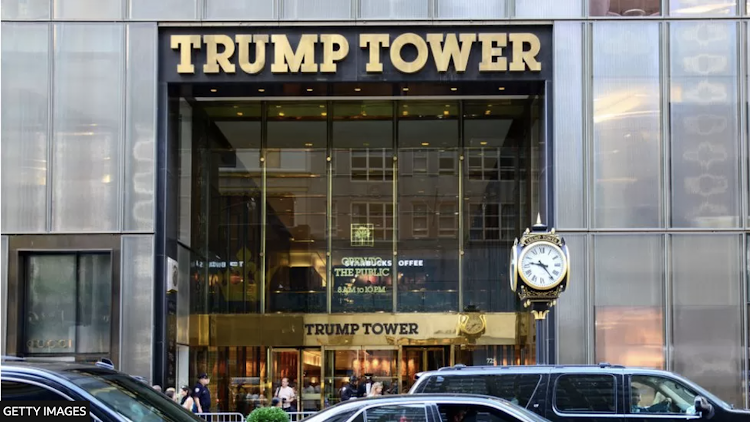 Prosecutors allege that the value of an apartment Trump had in Trump Tower in New York was listed at $327m after its "wildly overstated" size was tripled and given an "unreasonable" price per square foot. The record sale in the entire tower was $16.5m. 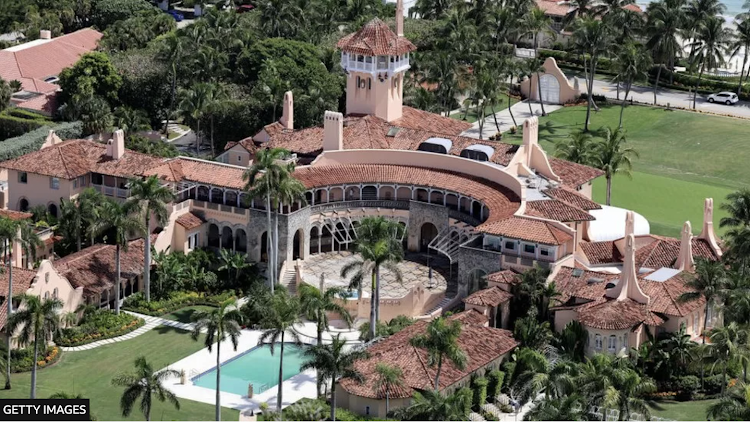 The Mar-a-Lago club in Florida was valued as high as $739m by the Trump Organization. The attorney general's office alleges the real value was closer to $75m and that it generated less than $25m per year.

Ms James's announcement that she would pass the findings of her investigation to other law enforcement agencies was "an ominous signal" for Mr Trump, according to Miriam Baer, vice-dean at Brooklyn Law School.

"The New York attorney general went one step further today," she told the BBC. "It announced that in addition to filing this civil complaint, it was also making a referral to federal law enforcement authorities for a criminal investigation."

The lawsuit is one of a number of legal issues the former president is facing.

On 8 August, the FBI conducted a search warrant at his home in Mar-a-Lago as part of an investigation into his handling of classified records. He is also being investigated in Georgia in relation to efforts to overturn the 2020 presidential election.

He has also denied any wrongdoing in those investigations.

Federal investigators had been ordered by another judge to freeze their probe while a court-appointed official decides if any of the records are covered by attorney-client or executive privilege.

But Wednesday's decision reactivates the FBI inquiry into whether Mr Trump withheld US national secrets after leaving office.

Post a comment
WATCH: The latest news from around the World
by BBC NEWS None
World
22 September 2022 - 07:20
Read The E-Paper