Mr Morrison is currently the member of parliament for Cook.

• He defended his decision - which was taken during the pandemic - as "necessary" in "extraordinary times".

• The revelations caused uproar amongst the public and his colleagues, with one calling his behaviour "dictatorial". 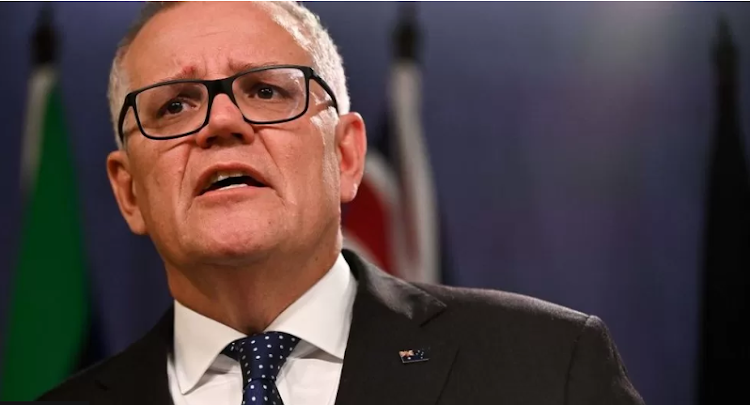 The former PM and current minister for Cook has been criticised for secretly holding roles
Image: GETTY IMAGES

Former Australian Prime Minister Scott Morrison has resisted calls to resign from parliament, after news emerged that he had secretly assumed five additional roles during his tenure.

He defended his decision - which was taken during the pandemic - as "necessary" in "extraordinary times".

Mr Morrison is currently the member of parliament for Cook.

The revelations caused uproar amongst the public and his colleagues, with one calling his behaviour "dictatorial".

Mr Morrison became joint minister for the health, finance, treasury, home affairs and resources portfolios from March 2020 and May 2021.

In a press conference on Wednesday, Mr Morrison defended his decision by saying he was "acting in the national interest in a crisis" in the event a minister was incapacitated with Covid-19.

"I believed it was necessary to have authority, to have what were effectively emergency powers, to exercise in extreme situations," he said.

He added he had never acted as minister despite being secretly sworn into those portfolios.

"I did not instruct any department that I was to have jurisdiction for carriage of any of the issues that the ministers were dealing with on a day-to-day basis," he said.

When queried about why he had not disclosed the expansion of portfolios to cabinet or to the broader public, he argued there was a risk the powers he took on could have been misconstrued.

"I think there was a great risk that ... those powers could be misinterpreted and misunderstood, which would have caused unnecessary angst in the middle of a pandemic," he said.

The long-time politician has come under intense criticism in recent days from former colleagues - including his own party members - and the broader public after revelations broke about his expanded powers.

Current prime minister Anthony Albanese called it an "unprecedented trashing of our democracy".

The news came to light after two New Corp journalists wrote that the then-prime minister had assigned himself those roles, in a recently-published book about the Morrison government's response to the pandemic.

Some ministers - including the then finance minister Mathias Cormann - were reportedly unaware they were sharing portfolios with Mr Morrison.