The country is in the grip of mass unrest over an economic crisis.

• Progress on getting an international bailout package depended on having a stable administration, he said.

• President Gotabaya Rajapaksa has fled abroad and acting president Ranil Wickremesinghe has imposed a curfew for a second day. 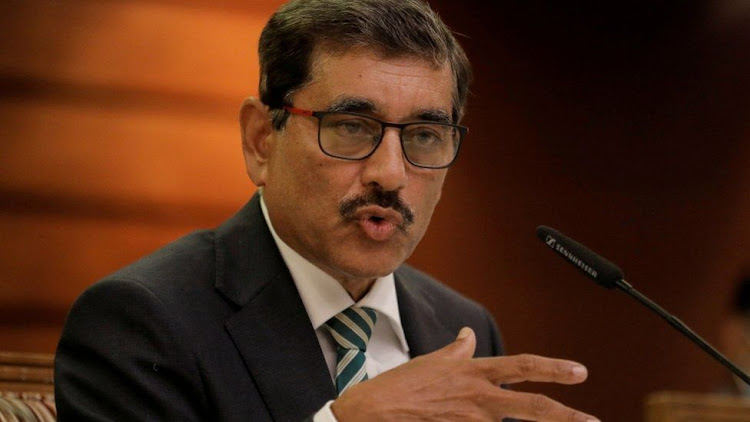 The governor of Sri Lanka's central bank, Nandalal Weerasinghe, has warned that the country may shut down if no stable government is formed soon.

There is a "lot of uncertainty" over whether enough foreign exchange can be found to pay for essential petroleum, he told the BBC's Newsnight programme.

Progress on getting an international bailout package depended on having a stable administration, he said.

The country is in the grip of mass unrest over an economic crisis.

President Gotabaya Rajapaksa has fled abroad and acting president Ranil Wickremesinghe has imposed a curfew for a second day.

Sri Lanka has seen its economy collapse and the cost of food, fuel and other basic supplies skyrocket for ordinary people.

Many blame the Rajapaksa administration for mishandling the crisis and see Mr Wickremesinghe, who became prime minister in May, as part of the problem.

Nandalal Weerasinghe, who himself only took over as governor of the central bank in April, said he did not "see a way forward" on how to provide essentials without a stable administration.

"We have been able to finance at least three shipments of diesel probably until the end of this month and some one or two shipments of petrol, but beyond that, there's a lot of uncertainty whether we even will be able to provide sufficient foreign exchange to finance essential petroleum for this country," he said.

"If that doesn't happen, then it will be like [the] whole country will be closed down. So that's why I need a prime minister, president, cabinet, who can make decisions... Without that, all people will be suffering."

Mr Weerasinghe has been holding talks with the International Monetary Fund on a bailout.

"We hope to be able to make good progress in our discussion with the creditors for debt structuring, but the timing for that process [depends] on how soon there will be a stable administration," he said.

Once a stable government was in place, Sri Lanka could come out of the crisis somewhere "within three or four or five months", he suggested.

The governor of the central bank has been seen as a potential new president himself, but he appeared to rule that out, saying, "I have no interest in… taking any political position."

Sri Lanka has been suffering from its worst economic crisis in decades.
News
4 months ago