•Plenty is still unclear, but stick with us and we’ll bring you live updates as and when we get them. 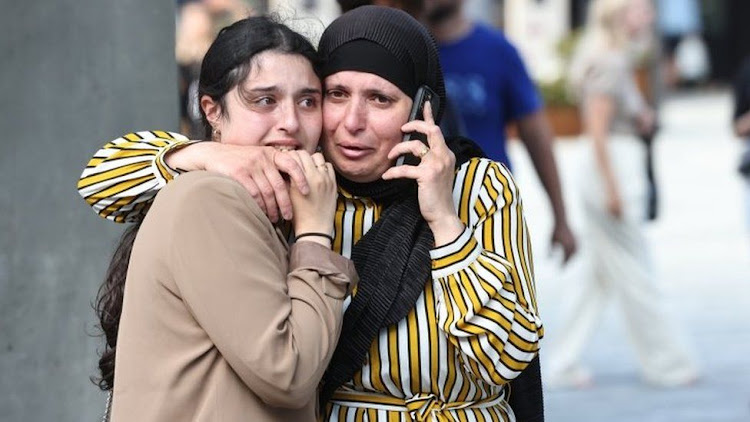 The shooting created panic at the shopping centre

Police in Copenhagen say several people have been killed in the shooting.

Plenty is still unclear, but stick with us and we’ll bring you live updates as and when we get them.

She said she had hidden in the shopping mall for two hours.

Thea Schmidt, who was also at the mall at the time of the incident, said there was a rush of more than 100 people towards the exit when the shots were fired.

Speaking to TV2, she said: "We could see that many people suddenly ran towards the exit and then we heard a bang.

We’ve just been hearing from Copenhagen police chief Soeren Thomassen, who has been giving an update on the attack.

But he said it’s too early to say exactly how many people had been harmed.

There was no indication other shooters were involved, he said.

Here's what we know so far:

Copenhagen's main hospital, Rigshospitalet, has received a "small group of patients" for treatment, a spokesman tells the news agency Reuters.

They say the hospital has called in extra staff, including surgeons and nurses.

It's still unclear how many casualties there are, but police said "several" were injured and several dead.

British singer Harry Styles had been due to perform at a venue less than a mile from the scene of the shooting later this evening.

Shortly after the shooting the organiser announced the event, at the Royal Arena venue, would "proceed as planned," but later announced its cancellation, AFP news agency is reporting.

"My team and I pray for everyone involved in the Copenhagen shopping mall shooting. I am shocked," Styles, the former One Direction star, said in a Snapchat post.