Rayana's death has prompted a political row over violence by security forces.

•Inès, 21, and her friend Rayana were passengers in a car when the driver ignored a police order to stop.

•Europe's governing body, Uefa, has apologised to fans of both Liverpool and Real Madrid over the "frightening experience". 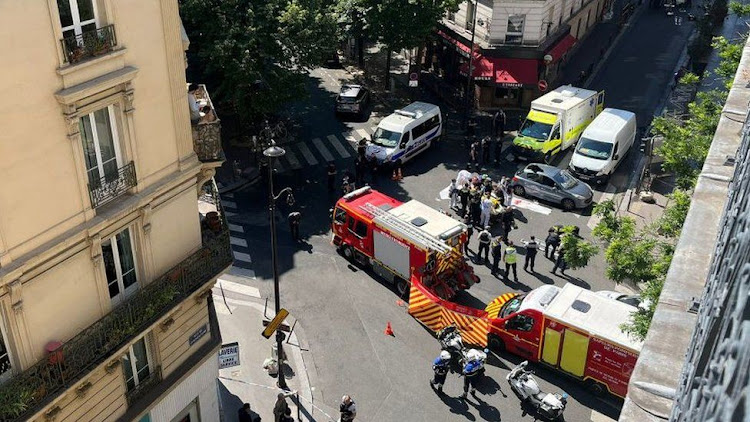 A young woman who saw her friend fatally shot by police in Paris at the weekend has said there was no need for them to open fire.

Inès, 21, and her friend Rayana were passengers in a car when the driver ignored a police order to stop.

Rayana's death has prompted a political row over violence by security forces.

The friends had accepted a ride home after meeting the driver in a nightclub. She said: "I'm angry because police could have acted differently."

And with days to go before French voters go to the polls in parliamentary elections, left-wing alliance leader Jean-Luc Mélenchon promised to change the doctrine on how French police use force.

"It's not normal that we kill someone for failing to stop," he told French radio earlier, saying it was the fourth such death in four months. In an initial tweet he wrote: "The police kill."

Prime Minister Elisabeth Borne said his remarks were outrageous and it was "irresponsible and unworthy" to insult police for electoral reasons.

On Saturday, the driver of the car was eventually arrested with gunshot wounds after fleeing the car in the 18th district of northern Paris, and Rayana's family are taking legal action against him for alleged manslaughter.

Their lawyer Sylvie Noachovitch said the driver was primarily responsible for her death.

He had offered to give Rayana and two other passengers a lift, she explained, then twice refused to comply with police. "[Rayana] never approved of all his escape attempts - every time she screamed inside the car just like the other passengers to let them get out, and he didn't reply."

However, the lawyer said the family were also taking legal action against police for violence resulting in death as well as manslaughter in a situation when their lives were not at risk.

The police involved argue they opened fire on the car in self-defence. They are facing a separate judicial investigation and have been released from custody.

In an interview with France Info, Rayana's friend Inès said the three officers on a mobile bike patrol had knocked on the driver's window because he was not wearing a seatbelt. He drove on until he was blocked by traffic because he had no licence, she said.

She said the officers then broke the car windows with their weapons and fired shots. After the driver rammed forward into a van, he then ran off.

"I thought my friend Rayana, in the seat in front of me, had passed out. I tried to shouting out her name several times at the top of my voice. Her body was limp and then I realised she had blood all over her neck."

Political figures have largely rallied around the police. Far-right leader Marine Le Pen said Mr Mélenchon was never on the side of the security forces and Interior Minister Gérald Darmanin said the police deserved respect.

However, it is the fourth death involving police checks in the French capital since late April:

Mr Darmanin has himself come under scrutiny after he backed police handling of the Champions League final at the Stade de France, where police aimed tear gas and pepper spray at Liverpool fans queuing outside the stadium and failed to respond when local thugs attacked the supporters after the game.

Europe's governing body, Uefa, has apologised to fans of both Liverpool and Real Madrid over the "frightening experience".

Mrs Garcia was one of the two teachers killed by a gunman that left 21 dead.
News
4 months ago