If impeached, Pinera could have risked up to five years in jail.

•Those voting to charge the billionaire president with corruption needed at least 29 votes to pass the measure. 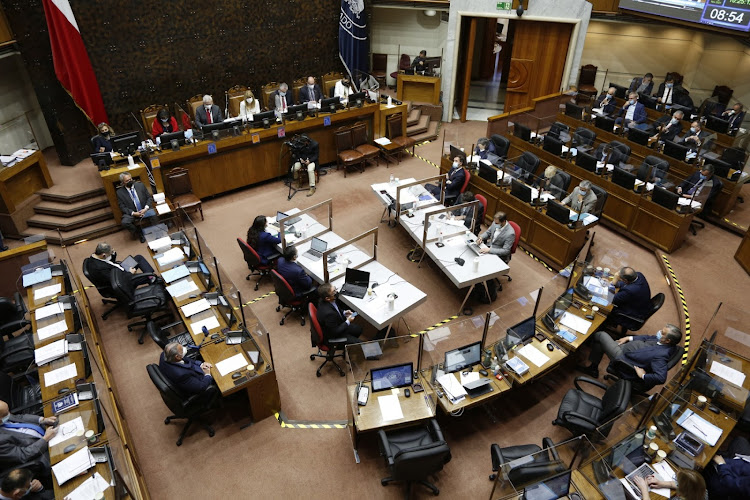 Chilean senators gather to vote on a motion to impeach President Sebastian Pinera for allegations of irregularities in the sale of the mining company Dominga in Valparaiso, Chile, November 16, 2021.
Image: DEDVI MISSENE / AFP

Chile's Senate declined Tuesday to impeach President Sebastian Pinera over a business deal revealed in the Pandora Papers leaks, refusing to go along with the lower chamber of Congress in opening proceedings against him.

The vote was 24 in favor of impeachment, 18 against and one abstention. Those voting to charge the billionaire president with corruption needed at least 29 votes to pass the measure.

"The defense has forcefully disproven each one of the facts that are presented as causes of this impeachment," Senator Francisco Chahuan, from Pinera's center-right National Renewal party.

This means the case is closed, with no punishment of Pinera over the controversial sale of a mining company in 2010 when he was serving the first of two non-consecutive terms.

If impeached, Pinera could have risked up to five years in jail.

Applause could be heard coming from the presidential headquarters of the Palacio de La Moneda after it became mathematically clear that lawmakers had summoned enough support for the president to avoid impeachment, even though a dozen senators still had to add their own votes.

They linked Pinera to the sale of a mining company called Dominga, through a company owned by his children, to businessman Carlos Delano, a close friend of the president, for $152 million.

The papers said a large part of the operation was carried out in the British Virgin Islands, a tax haven.

Chile's opposition has said Pinera benefitted himself and his family with the sale through information he had in the exercise of his office.

It says Pinera's involvement pushed up the sale price.

"Acting as president, he benefited (himself) and his family in a direct way, with information that he had in the exercise of his office," opposition lawmaker Jaime Naranjo said at the time.

The call for the impeachment of Pinera -- who is in the final stretch of a second term that began in March 2018 -- was presented in early October by members of the opposition, who took 15 hours last week to read the charges against the president, apparently to allow one lawmaker to complete a quarantine period and still be allowed to vote.

Pinera, one of the richest men in Chile, has denied any wrongdoing and said he was cleared in a 2017 investigation of the transaction.

When the new investigation was opened last month, Pinera said he had "full confidence that the courts, as they have already done, will confirm there were no irregularities and also my total innocence."

It is the second impeachment case brought against Pinera, after an unsuccessful attempt to remove him from office in 2019 over an at-times brutal crackdown on protesters angry over the yawning gap between rich and poor in Chile.

Chileans are set to head to the polls November 21 to elect Pinera's successor and a new congress before the president's term ends in March.