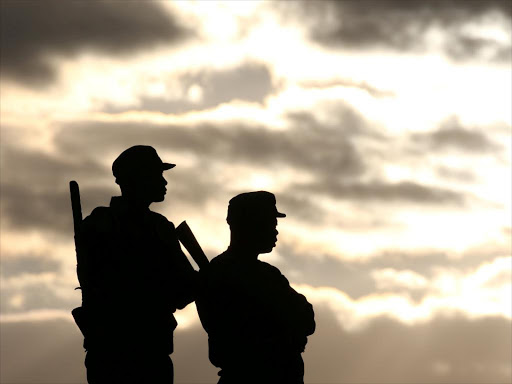 Police officers stand guard during a political rally addressed by Zimbabwe president Robert Mugabe (not in the picture) in Bindura, north of the capital Harare, July 8, 2016 /REUTERS

Anti-riot police used batons to break up a peaceful march in Zimbabwe's capital on Wednesday, the latest public protest against President Robert Mugabe's government's handling of the economy.

Mugabe, 92, and in power since independence from Britain in 1980, is increasingly under pressure from angry Zimbabweans, as well as his war veterans allies, who last month rebuked him as a manipulative dictator, calling on him to step down.

Hundreds of people marched on the streets of Harare on Wednesday against the government's plans to introduce local bank notes, as authorities grapple with a serious shortage of dollars.

Police kept watch and the marchers presented a petition at ministry of finance offices in central Harare. But baton-wielding police charged at the protesters as they approached Parliament building, beating them until they dispersed.

The police beat a BBC journalist and broke his camera. Some protesters responded by throwing rocks at the police, who also had water cannons, but did not use them.

"We don't want bond notes because they will wipe out the few U.S. dollars left. They have come to destroy the country. We do not want them," said protester Wesley Chawada, who was waving the old Zimbabwean dollar currency, which was dumped in 2009.

Former vice president Joice Mujuru on Tuesday launched a Constitutional Court challenge against the planned introduction of the bond notes saying it was unconstitutional.

Demonstrators denounced Mugabe, accusing his ruling ZANU-PF party of failing to create up to 2.2 million jobs that it had promised when campaigning during the 2013 presidential vote, which Mugabe won amid opposition charges of rigging.

"Mugabe just quit, I will forgive you", read one placard, while another said "No to police state, you have failed Mr Mugabe."

Mugabe was on Wednesday chairing a meeting of his ruling ZANU-PF's top decision-making organ, politburo in downtown Harare, which was expected to discuss problems in the party and the state of an economy also hit by the effects of the worst drought in a quarter of a century.

Mugabe plans to contest the next election in 2018, his last under a new constitution. This has deepened divisions in ZANU-PF, with veterans of Zimbabwe's independence war opposing his bid and supporting vice president Emmerson Mnangagwa to take over from the ageing leader.

Three war veteran leaders appeared were charged with undermining and insulting the office of the president by a Harare magistrates court, as Mugabe continues a crackdown on his former allies. The three veterans were freed on $300 bail.