UN report indicates that acute food insecurity is expected to worsen from October to January 2023.

Acute food insecurity is rising fast and spreading across the world. People in the poorest countries in particular who have yet to recover from the impact of Covid-19 are suffering due to high food prices and fertiliser supplies and the climate emergency

Kenya is among 19 hunger hotspot countries where the food crisis has worsened, a UN report has said.

This is according to an early warning outlook joint UN report for October 2022 to January 2023 released on Thursday.

Food and Agriculture Organization and World Food Programme have issued an early warning for urgent humanitarian action in the hotspots.

MPs from pastoralist communities on Wednesday urged the government to declare the ravaging drought a national disaster.

According to the National Drought Management Authority, at least 4.1 million people from 15 counties are in dire need of food due to famine.

This number is projected to increase to 4.35 million by October.

The hunger hotspots FAO-WFP early warnings on acute food insecurity report has called for urgent humanitarian action to save lives and prevent famine in hotspot countries.

The UN said this is driven by rising conflict, weather extremes, economic instability aggravated by the pandemic and the ripple effects of the crisis in Ukraine.

The report indicated that acute food insecurity is expected to worsen from October to January 2023.

FAO director general QU Dongyu said severe drought in the Horn of Africa has pushed people to the brink of starvation, destroying crops and killing livestock on which their survival depends.

“Acute food insecurity is rising fast and spreading across the world. People in the poorest countries in particular who have yet to recover from the impact of Covid-19 are suffering due to high food prices and fertiliser supplies and the climate emergency,” Dongyu said.

“Without a massively scaled-up humanitarian response that has at its core time-sensitive and life-saving agricultural assistance, the situation will likely worsen in many countries in the coming months.”

WFP executive director David Beasley said this was the third time in 10 years that Somalia has been threatened with a devastating famine.

Beasley said famine in 2011 was caused by two consecutive failed rain seasons as well as conflict.

“Today we’re staring at a perfect storm, a likely fifth consecutive failed rainy season that will see drought lasting to 2023. But the people are also facing soaring food prices and severely limited opportunities to earn a living following the pandemic,” Beasley said.

“We urgently need to get help to those in grave danger of starvation in Somalia and the world’s other hunger hotspots.”

The report called for targeted humanitarian action to save lives and livelihoods in the 19 hunger hotspots, saying in Afghanistan, Ethiopia, Nigeria, Somalia, South Sudan and Yemen, humanitarian action will be critical in preventing further starvation and death.

According to the report, Kenya, the Democratic Republic of Congo, Haiti, the Sahel, Sudan and Syria remain of very high concern with deteriorating conditions.

Afghanistan, Ethiopia, Nigeria, South Sudan, Somalia and Yemen are at the highest alert, with starvation and death being a daily reality and where extreme levels of mortality and malnutrition may unfold without immediate action.

Guatemala, Honduras and Malawi have been added to the list of countries, joining Madagascar, Sri Lanka and Zimbabwe, which remain hunger hotspots. 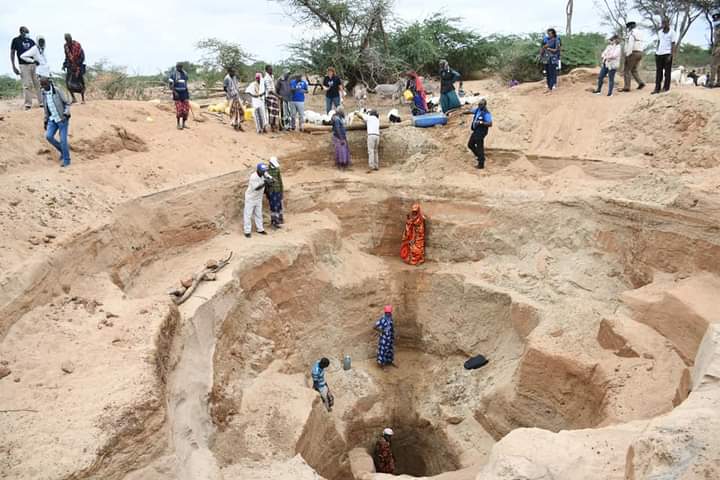