• The report by the Kenya National Bureau of Statistics attributed the decline to lack of interest from students.

• Atieno is waiting to graduate in Bachelor of Science in Agriculture, she says when she was young, she loved Biology but Agriculture is where her heart has always been. 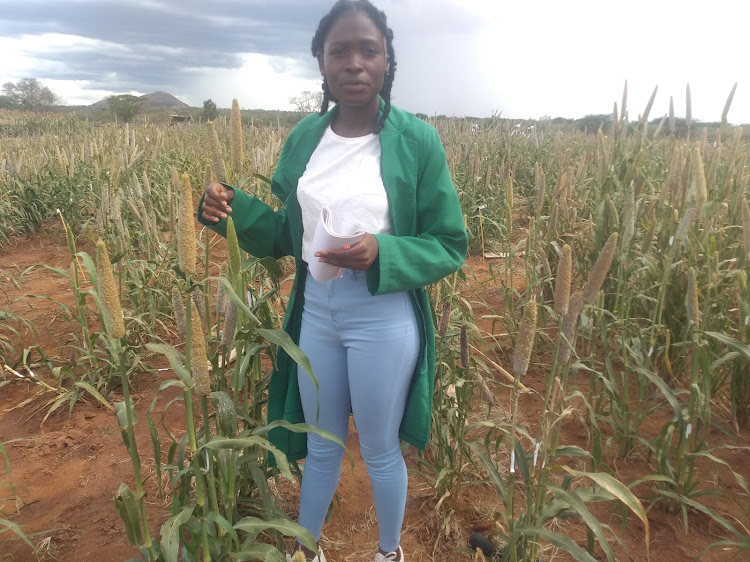 Brenda Atieno, who is aspiring to be the next big crop breeder in Kenya
Image: AGATHA NGOTHO

The 2018 Economic Survey indicates that degree enrolment for agricultural courses in Kenya decreased from 24,221 students in 2017 to 18,165.

The report by the Kenya National Bureau of Statistics attributed the decline to lack of interest from students.

But there is hope. Young people are still taking an interest in agriculture and demystifying the myth that it is boring and old.

The Star met 24-year-old Brenda Atieno, who is passionate about agriculture and is studying to become a crop breeder, during a recent field day at Kenya Agricultural and Livestock Research Organisation– Kiboko.

The field-day was organised by the International Crops Research Institute for the Semi-Arid Tropics to give seed companies a platform to evaluate and select sorghum and pearl millet hybrid parents.

It also gave an opportunity to many university students pursuing agriculture to learn more about sorghum, pearl and finger millet breeding.

Atieno, a student at Egerton University, is aspiring to be the next big crop breeder in Kenya.

She is waiting to graduate with a Bachelor of Science in Agriculture.

She said when she was young, she loved biology but agriculture is where her heart has always been.

Atieno said it is a misconception by many that agriculture is all about farming.

"But I want people including my grandmother to know that there is more to farming, than just ploughing, planting and weeding."

Atieno said she wants to research more about breeding and that is why she decide to look for attachment at the International Crops Research Institute for the Semi-Arid Tropics .

“I have come to realise that most farmers do not like growing millet despite the crop being drought tolerant and easy to cross-pollinate. I would like to know more about it and why,” she said.

She plans to do an internship for one year in order to get more experience then later pursue a master's degree in agriculture.

Most of her friends want nothing to do with agriculture. They just want to do courses like ICT, but Atieno is quick to say that there is more to agriculture.

“Agriculture is fun and enjoyable and when you learn more about it, you will realise that it is not just growing and planting maize. For example, in the Eastern, researchers are growing drought tolerant crops which most farmers don't," she said.

"They just grow maize every year yet the yield are low. Farmers need to try out other crops such as millet and sorghum.”

She has taken a keen interest in the drought tolerant crops due to the varying rainfall.

“I was excited to see how farmers in Machakos are benefiting from growing green grams despite the little rainfall in the area,” she said.

She said once she gets in research, she will inspire more people to do agriculture because it is a productive field.

Eric Manyasa, a crop breeder from ICRISAT, said the agriculture sector needs more young people so that they can continue with the research when scientists get into retirement.

“I want to see more young people taking up the mantle from the researchers who are retiring,” Manyasa said. 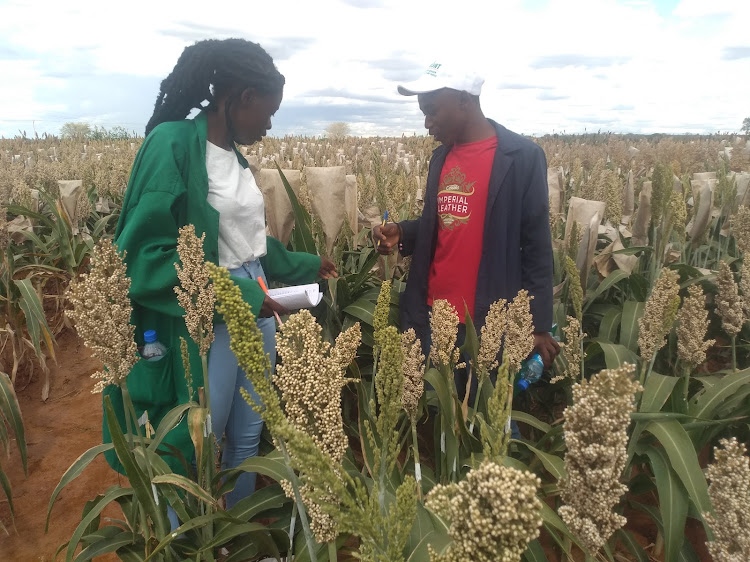 Kanjumba set her ideas in motion and took a dive into entrepreneurship.
News
10 months ago