• Eustace Muriuki, chairman of the Fertiliser Association of Kenya, says a 50kg bag of DAP has doubled from Sh2,500 in April to Sh5,000 this month.

• Urea nitrogenous fertiliser is selling at more than Sh6,000 from Mombasa. 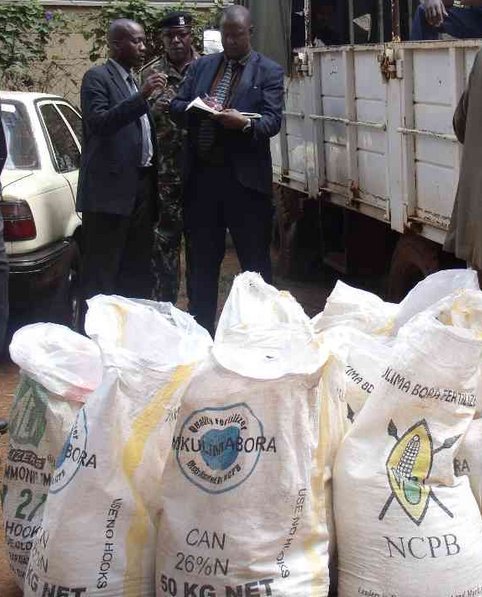 The price of fertiliser has increased by more than Sh1,000, threatening the country's food security.

The prices have doubled from the long rains planting season of March-April-May as the cost of a 50kg bag of DAP fertiliser has shot from Sh2,500 in April to Sh5,000 this month.

Timothy Njagi, a senior researcher at Tegemeo Institute, warned that this could increase food prices next year.

Speaking to the Star on Tuesday, Njagi said the Covid-19 pandemic led to low production and some manufacturers cut down on production of some inputs hence the high prices.

Eustace Muriuki, chairman of the Fertiliser Association of Kenya, confirmed the high cost of fertiliser, saying this is now a global issue.

“The only time we experienced such high prices of fertiliser was in 2008, but they have never reached this high,” he said.

Muriuki attributed the problem to the shortage of gas and restriction of exports from China and Russia.

He added that gas prices are high, even some factories in Europe have shut down their operations.

“This, therefore, means there is little fertiliser in the market. In addition, urea fertiliser, which is normally a cheap nitrogenous fertiliser, is currently more expensive than DAP," Muriuki said.

"Urea has only one nutrient, while DAP has two nutrients, yet it is more expensive than DAP. The imports that are coming in for DAP, for example, will be selling at around Sh5,000 to Sh5,200 for a 50kg bag at the Port of Mombasa,” he said, adding that urea is selling at more than Sh6,000 in Mombasa.

In March, prices of fertiliser had increased by Sh300 to Sh500.

Experts attributed the high cost to the scarcity of the commodity in the world market. Going by the principle of supply and demand, prices go up when there is shortage of a commodity.

Muriuki asked the government to subside fertiliser so that it can be affordable to the small holder farmers.

“There is nothing that we can do about this because it is a global problem and we rely on fertiliser imports. But despite this, farmers have to grow their crops and it will be important if the government intervenes or the farmers may be forced to grow crops without fertiliser,” he said.

“So come next year, farmers will be forced to reduce the number of bags they were using to plant as the prices are likely to be high till March,” Muriuki said.

Tell the government to stop playing politics with farm input.
News
6 months ago

The move will help will bridge the deficit of 400,000 bags, according to KTDA chairman
News
7 months ago
by AGATHA NGOTHO Science Writer
Star Farmer
23 November 2021 - 23:00