Trade is expected to start during the November – March 2022 season

• According to data from HCD, Kenya is the fourth largest producer of mangoes in Africa, with a 1.8 per cent global production share of 0.9 million tonnes.

• Mango is the second-highest exported fruit in Kenya, contributing to 10.80 per cent of total fruit export with a value of Sh1.4 billion. 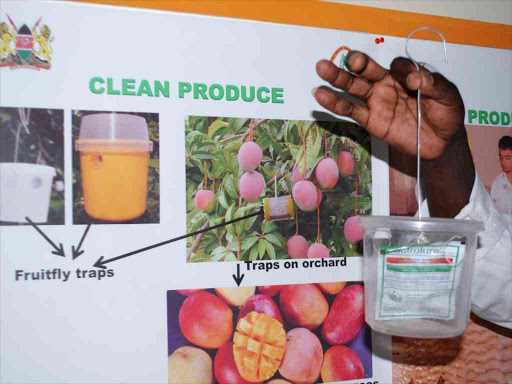 Kenya has received a green light to resume mango export to the European Union.

This follows the Belgium visit by a delegation of government regulatory agencies and private sector in the horticulture industry at Brussels, last week.

The team met and discussed with counterparts from the EU and the private sector equivalents on possible resumption of mango export to the European Union after a self-ban of seven years.

According to a statement by the Kenyan Embassy in Brussels,  resumption of exports of mangos to EU is expected to start during the November– March 2022 season.

“It is envisaged that the engagement with the regulator and industry actors of the EU will ensure that the Kenya mangos that are currently in season are absorbed by the EU market shelves.

"Surveys are underway to identify other areas where similar hot water treatment initiatives will be installed,” the statement read.

The Kenya Embassy in Brussels, Kenya Plant Health Inspectorate Services, Horticulture Crops Directorate under the Agriculture and Food Authority and Fresh Produce Consortium of Kenya met with the EU’s Directorate General for Health and Food Safety.

Benjamin Tito, director of the Horticulture Crops Directorate under the Agriculture and Food Authority, explained that the self-ban was imposed because in 2013 and early 2014, Kenya had a big problem of the mango fruit fly and the mango weevil. 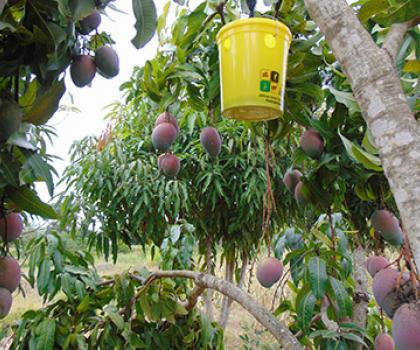 Speaking to the Star on Monday, Tito said these are classified as quarantine pests in EU.

“Arising from that, we felt that we were not able to meet the stringent requirement which calls for any consignment being exported to the EU, to be free of the quarantine pests.

"As a sector, we felt at that time we were not able to meet that requirement, leading to the self-ban. It was not imposed to us we did it ourselves,” he said.

Tito said that after the self-ban, they went back and started correcting that problem.

They created pest free areas or areas of low pest preference especially in the main mango producing zones of Makueni, Machakos, Meru and parts of Baringo.

He said there has been a significant reduction of the level of these pests and this is what has necessitated the country to think of re-entering the market once more.

“We got the greenlight from the EU in February and after that we sent a trail consignment to Italy in May. This did not have any issue and we felt that we can hype the campaign so that again we can be able to recapture our lost glory for the mango market,” Tito said.

He said over the years, Kenya has been exporting mangoes to the United Arab Emirates and the prices there are relatively lower to what EU offers, although the grading is stricter in EU than in Dubai.

This now means that we will be able to regain our revenue that we lost seven years ago, he added.

According to data from HCD, Kenya is the fourth largest producer of mangoes in Africa, with a 1.8 per cent global production share of 0.9 million tonnes.

Mango is the second-highest exported fruit in Kenya, contributing to 10.80 per cent of total fruit export with a value of Sh1.4 billion.

Tito said next month, there will be a ground breaking of a public hot water treatment facility at the National Horticulture Centre at JKIA.

So far, there is one hot water treatment facility owned by the private sector.

Plant law to be amended to address emerging pests, diseases

Bill will review the risk of introduction of pests and diseases into the country.
News
1 year ago
by AGATHA NGOTHO Science Writer
Star Farmer
22 November 2021 - 23:00