The President is expected to tour the two counties of Gusii later in February. 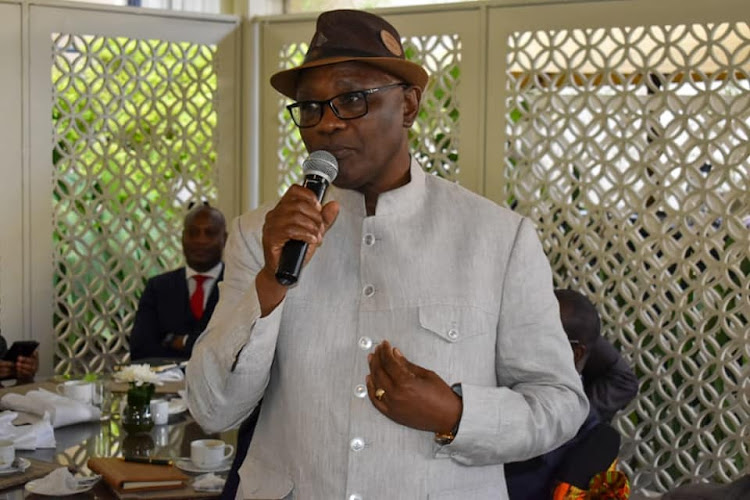 Kisii leaders on Wednesday held a meeting to plan President William Ruto's visit to the region later next month.

The President is expected in Kisii in February to also attend the homecoming ceremony of Education Cabinet Secretary Ezekiel Machogu.

The former Nyaribari Masaba MP is planning a mega fete in which the President will thank the community for voting for the Kenya Kwanza government.

The President could use the tour to spell out his development agenda for the region, hold talks with elected leaders and also push for national unity.

The leaders who attended the meeting are mainly former MPs and professionals in Nairobi including community professionals serving in top government posts.

The preparatory meeting explored how to make the President's visit a success by bringing together all community politicians and professionals.

"We had a fruitful discussion but this is just the initial meeting as more will come in the coming days," said former Kitutu Masaba MP Walter Nyambati.

Nyambati who is also the chairperson of the Geothermal Development Company said the aim of the meetings is to ensure all key people from the region are involved.

However, Machogu did not attend the Wednesday morning meeting held at Panafric Hotel, Nairobi.

Sitting MPs will hold a different meeting later with the team given that they are in Mombasa for a workshop.

A section of the Kisii leaders and professionals who attended a meeting at a Nairobi Hotel on Wednesday January 25, 2023.
Image: HANDOUT

President Ruto is expected to grace the major event planned for Gusii Stadium as part of his strategy to interact with voters to build their confidence in his administration.

The meeting was attended by former MPs and opinion leaders from the community including retired Kisii governor James Ongwae and his ex-deputy Joash Maangi.

The President has been visiting various regions in the recent past, holding thanksgiving church services following his victory in the last polls.

The opposition chief's troops have been hit by a wave of confusion.
News
2 weeks ago
Post a comment
WATCH: The latest videos from the Star
by STAR REPORTER
News
25 January 2023 - 19:05
Read The E-Paper