Babu Owino: Education should be free if CDF is not released 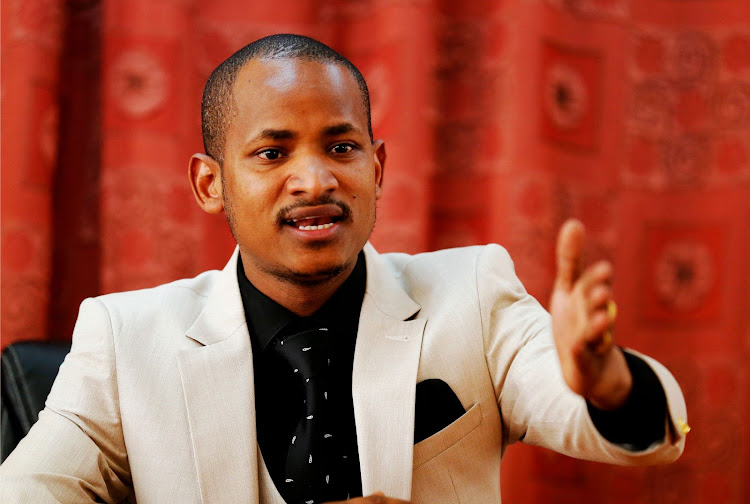 Embakasi East MP Babu Owino has said that if the government fails to disburse NG-CDF funds soon, education should be completely free.

Owino was speaking with KTN News over the CDF stalemate that has ensued between MPs and the government during the ongoing Parliament retreat in Mombasa.

The MPs have twice stormed out of proceedings in protest of the delayed disbursement of the National Government Constituency Development Fund.

"Schools are now open and some parents have no jobs or money to pay school fees. It would be very bad if I was here enjoying myself while my constituents are suffering," he said.

He said that they need the fund to help their constituents with bursaries.

"What we want today is the money to be disbursed so that we can issue out the bursaries. If not, then they should make education completely free from secondary to university," he said.

He said that they are waiting for the Speaker of the National Assembly to explain the reason for the delay in disbursement.

"He should come and tell us where the money is. We have put him at the fore for negotiation purposes so he can discuss with those involved to see the money reach the constituencies," he said.

Owino said that their earlier meeting with the Treasury PS yielded nothing.

"The PS seems confused about the disbursement and we have even started gathering signatures for their possible impeachment together with the Treasury CS," he said.

He said they have so far gathered 289 out of 290 signatures to start proceedings to impeach the Treasury CS and PS if the issue is not resolved in time.

MPs storm out of Mombasa induction again over NG-CDF

They insist the money must be deposited into accounts before they resume training.
News
1 week ago

MPs storm out of Mombasa meeting over delayed NG-CDF money

Say they will boycott training until fund is released, accuse Treasury CS of playing games with them
News
1 week ago

MPs may shoot down budget over NG-CDF saga – Ledama

Says National Assembly may down tools soon over the funds.
News
1 week ago

The Star has established that the legislators wanted the delay in releasing the funds addressed.
News
1 week ago
Post a comment
WATCH: The latest videos from the Star
by SELINA TEYIE
News
25 January 2023 - 13:02
Read The E-Paper