The incident came hours after DP Gachagua vowed to deal with the bandits.

• Police spokesman Bruno Shioso said the victims were pursuing a heavily armed gang that had raided a village and made away with unknown number of animals when they were ambushed.

• Locals said there were injuries on some officers who were ambushed as they drove in a lorry at Namariat area. 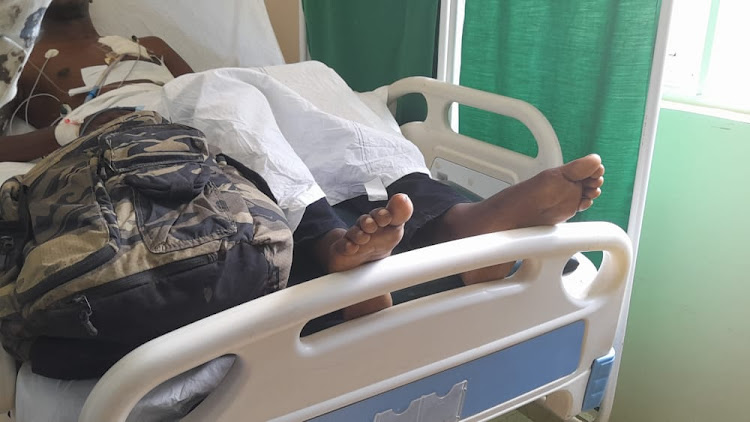 At least 11 people were Saturday killed by armed gunmen in a cattle-rustling incident in Turkana East, Turkana county.

Police spokesman Bruno Shioso said the victims were pursuing a heavily armed gang that had raided a village and made away with unknown number of livestock when they were ambushed.

“The officers were in hot pursuit of Pokot bandits who had raided a village in Turkana East and made away with livestock,” he said.

Shioso said police had dispatched additional officers to reinforce the troops on the ground in beefing up security in the area and pursue the bandits.

Locals said there were injuries on some officers who were ambushed as they drove in a lorry at Namariat area.

“The National Police Service reassures the public that all necessary measures shall be taken to restore security and safety in the region,” Shioso said

This is the first major attack to happen in the region under the regime of President William Ruto.

On Saturday, Deputy President Rigathi Gachagua said he would address the banditry menace that has plagued the region for long and crippled operations in parts of Rift Valley.

Speaking on Saturday, the DP said he will personally convene a meeting with leaders from the region to chart the way forward.

"This small work of security is my mandate, it's not President's mandate. I will personally call the meeting of Kerio Valley leaders and all security officers and I will be the chairman," Gachagua said.

The DP said the meeting will come soon after a new Permanent Secretary in the ministry of Interior is appointed and a reshuffle of security chiefs in the area is done.

"We will talk until we reach a consensus. Where we are required to deploy police reservists, we shall deploy them," he said.

The incident drew sharp criticism and cries on social media with Kenyans calling on the government to address the menace.

The area has in the past years been experiencing relative calm from bandits who strike at will and steal animals.

This had led to deaths and displacement of many locals.

It forced the government to send reinforcements, impose curfews and conduct disarmament as part of efforts to tame the trend.

It provides urgent interventions to address the wider political, economic and social drivers of violence.

It was dispatched to review the security situation in the area following the killing of three school children.

The new approach which links national and local level security operations has however not addressed the banditry menace in the region.

Unless people climb a sacred hill for reception, the area is blacked out.
Counties
2 months ago

Some five others were injured in the clash between an armed gang and miners.
Counties
3 months ago
Post a comment
WATCH: The latest videos from the Star
by CYRUS OMBATI Chief Crime Reporter
News
24 September 2022 - 23:15
Read The E-Paper