•Jackson Muimi, the younger brother of Musyoka, told the Star on Friday his brother was diabetic and that pathologists confirmed his stomach was empty.

•Five pathologists on Wednesday carried out an autopsy on the body of Musyoka, two days after his body was stumbled upon by herders along a river on the Kenya/Tanzania border. 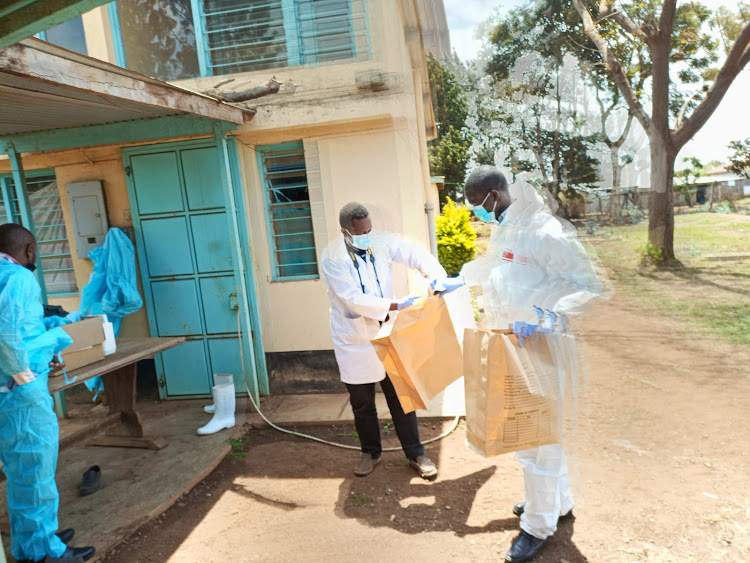 A relative of the missing Embakasi IEBC official whose body was discovered in Loitokitok early this week says their kin was diabetic.

Jackson Muimi, the younger brother of Daniel Musyoka, told the Star on Friday that his brother was diabetic and that pathologists on Wednesday confirmed his stomach was empty without a trace of food substance when he died.

The same was also confirmed by the Kajiado South sub-county police commander Kiprop Ruto on Friday when he said Musyoka’s relatives had confirmed he was diabetic.

Five pathologists on Wednesday carried out an autopsy on the body of Musyoka, two days after his body was stumbled upon by herders along a river on the Kenya/Tanzania border, but their findings on the cause of his death were inconclusive.

All five pathologists agreed on taking 12 samples from Musyoka’s body for toxicology and DNA tests in Nairobi.

The pathologists were accompanied by CSI-DCI forensics from Nairobi, DCI officers from Loitokitok, representatives from Haki Africa, IMLU, MedUp, IPOA, and family.

Those who carried out the autopsy were government pathologists; Dr Dorothy Njeru, DR Richard Njoroge, and Dr Titus Ngulungu.

Others from the private sector were; Dr Omwok (represented IMLU), while Dr Edwin Walong represented the family. 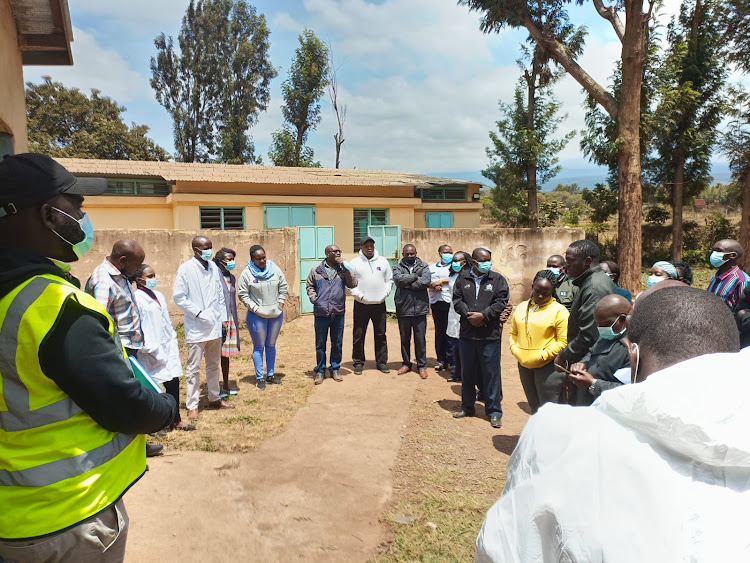 Musyoka went missing on August 11. He was at the East African School of Aviation tallying centre when he disappeared at 9: 45 am.

IEBC chairman Wafula Chebukati said they had tried to reach him but to no avail.

"Musyoka's family and the commission have been trying to reach him without success. A report of a missing person has been made at Embakasi police station," Chebukati said on Monday.

Loitokitok police boss Ruto said Musyoka served as the Kajiado South IEBC returning officer until May, this year, when he was transferred to Embakasi, Nairobi County, but he could not understand the reasons why those who abducted him took him to Loitokitok.

“Those who brought him from Nairobi to here are people who understand this area. But again, if they wanted him dead, why the trouble of bringing him all the way to the border of Kenya and Tanzania?” posed Ruto.

On the 100 km stretch from Emali, on the boundary of Makueni and Kajiado counties, there are three police roadblocks on the road to Loitokitock that are manned 24/7.

Ruto and the family members of the late Musyoka believe the IEBC official was taken to Loitokitok alive.

“When we recovered the body, it was fresh with only slight marks on his hands and feet,” said Ruto.

Muimi said that when they went to identify the body of his late brother, it was fresh and appeared to have been dumped a few hours earlier.

“To us, it looks like they did not want to kill my brother, and we suspect that because of his health condition, lack of food and medicine for his diabetic case, he passed away,” said Mimi.

The family is yet to get the full report from the pathologists who took 12 samples for toxic tests and DNA.

Muimi said the body will be buried on August 26, in thor Makueni County home.

Neighbors to the slain official described him as a humble, jovial and a family man.
R.Valley - Page 30
1 month ago

Say he may have refused a bribe to change votes, tamper with tally.
Counties
1 month ago

Babu refutes claims he was involved in murder of IEBC official