• Mohammed Adow who was a correspondent of the international media won the  parliamentary seat on an Orange Democratic (ODM) ticket. 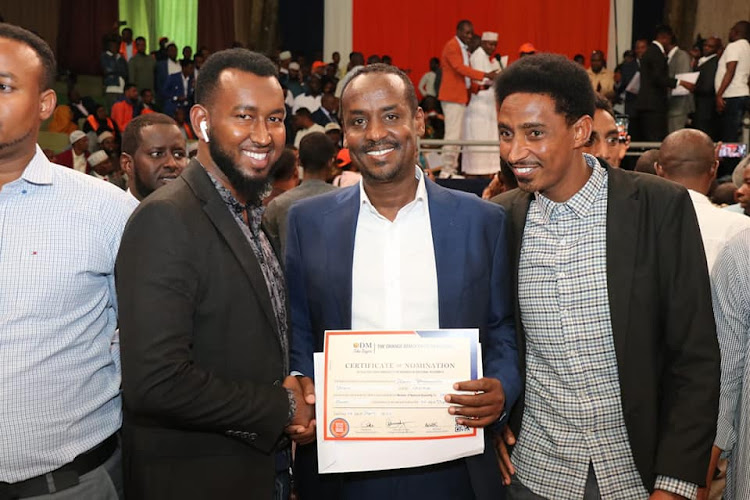 Ex Aljazeera journalist has been elected as Wajir South member of parliament.

Mohammed Adow who was a correspondent of the international media won the  parliamentary seat on an Orange Democratic (ODM) ticket.

Sheikh Mohammed who was his closest competitor gathered 4,293 votes.

The others in the race were Abdullahi Yussuf Noor got 7,317, Mohamed Kahiye Bullet 1,274, Khalif Abdi Ali gathered 654 and Dekow Noor Ali had 53 votes.

It was his first attempt at the parliamentary seat and fortunately emerged victorious against competitors who included the current MP, Mohammed.

The former  journalist said previously in an interview with the Star  that he delayed joining politics in 2013 and 2017 despite being under immense pressure from residents to do so.

"If elected I will push for the reopening of the Somalia-Kenya border to boost economies of the villages," he said in an interview in April.

Gathiru of UDA garnered 48,277 votes to retain his seat.
Counties
3 months ago

She will now serve for the third time as Suba North MP.
News
3 months ago

Former principal with passion for sports developed some of Kenya's stars.
News
3 months ago
Post a comment
WATCH: The latest videos from the Star
by BERTHA OCHOMO
News
13 August 2022 - 02:04
Read The E-Paper