Ngirici hits back at Waiguru over rigging claims 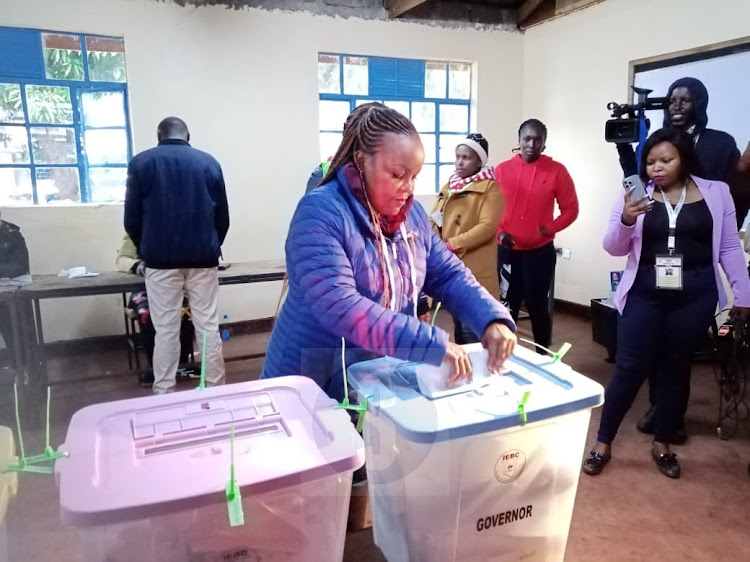 "The only back door that we know was at NYS during your tenure. TUPO SITE!" Ngirici said in a statement on Wednesday.

Waiguru alleged that two ballot boxes were sneaked into the Kianyaga tallying centre during the vote counting process.

"Two ballot boxes with governors' ballot enter Kirinyaga through the back door in broad dayllight! They MUST be removed and tallying MUST stop," the governor tweeted.

Ngirici, who is running as an independent candidate, on Tuesday said she is confident with the voting exercise.

Tallying of votes is currently ongoing as the country awaits the official declaration of winners from the Independent Electoral and Boundaries Commission.

She claimed that two ballot boxes were sneaked in Kianyaga during the day.
News
1 month ago