ANC MPs who have ditched Mudavadi for Raila's Azimio

•ANC said defections are natural after realignments, so are infusions of new blood. 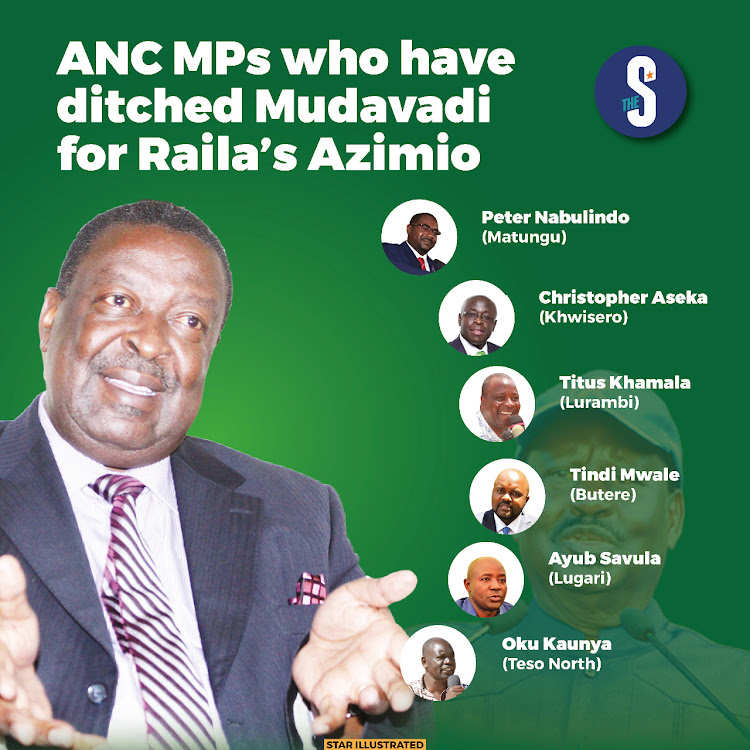 The exodus has also hit Moses Wetangu'la's Ford Kenya as the battle for Western Kenya gets down to the wire.

Both parties seem on the way to being hollowed out, but an ANC statement said defections are natural after realignments, so are infusions of new blood.

ODM and Democratic Action Party of Kenya (DAP-K) on Thursday received tens of defectors from ANC and Ford Kenya from across the four counties of Western Kenya.

At DAP-K headquarters in Nairobi, over 20 ANC ward representatives from various parts of the country defected to the Wafula Wamunyiyi-led party.

DAP-K is affiliated with Raila's Azimio La Umoja Movement and is supporting his presidential bid.

ANC members ditching the party to support Raila for president.
News
3 months ago

Musalia to Uhuru: Don't force me to hate Ruto