If elections were held today, who would you vote for as president?

The poll of 3,152 respondents was conducted by CATI (computer aided telephone interview) between January 5 and 15.

•Raila is strongest in Nyanza where he has 66.1 percent support. 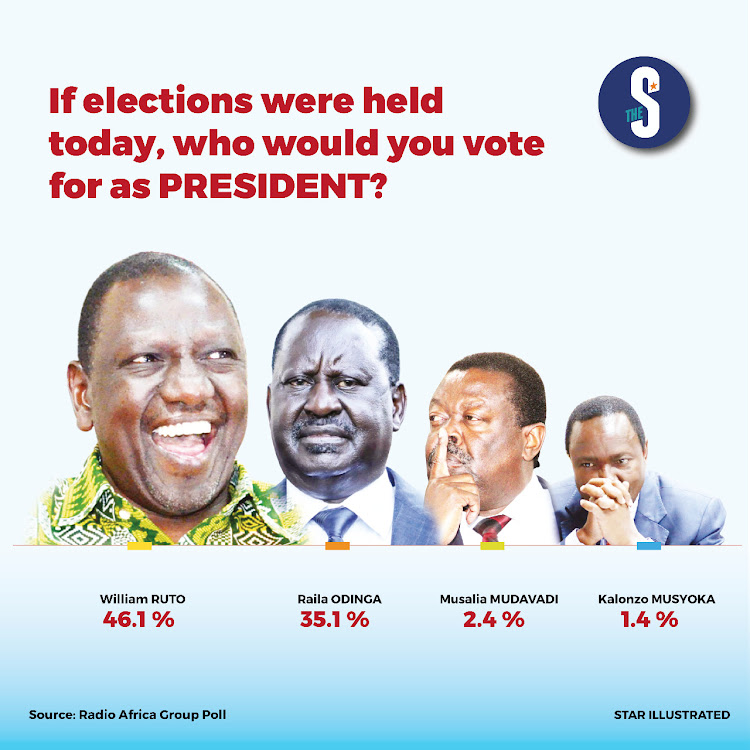 The latest opinion poll from the Radio Africa Group shows that Deputy President William Ruto is maintaining his lead in the presidential race.

The former Prime Minister Raila Odinga is, however, starting to catch up.

At this stage, Ruto's lead will not be sufficient for him to win on the first round with a simple majority (50 percent plus one vote).

DP William Ruto is still well ahead with 46.1% support, according to the latest Radio Africa poll.
News
4 months ago

[PHOTOS] We'll not buy fear or succumb to threats - Ruto

Ruto said Raila is known for planning violence and should stop misusing the youths.
InPictures
4 months ago
by THE STAR
Infographics
19 January 2022 - 11:38