The fake letter claimed that the official was sacked for tribal reasons.

•In the fake memo, it was indicated that Odhiambo was replaced by Charles Kigen.

A viral internal memo purportedly from Kenya Power and Lightening company announcing the sacking of head of legal Charles Ochieng Odhiambo is fake. 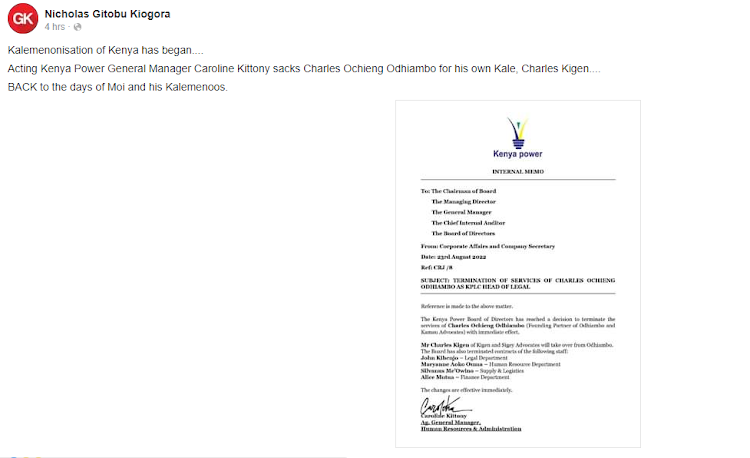 The fake memo has been shared widely on social media with those spreading it claiming that Odhiambo was sacked for tribal reasons by KPLC acting general manager Caroline Kittony.

In the fake memo, it was indicated that Odhiambo was replaced by Charles Kigen. 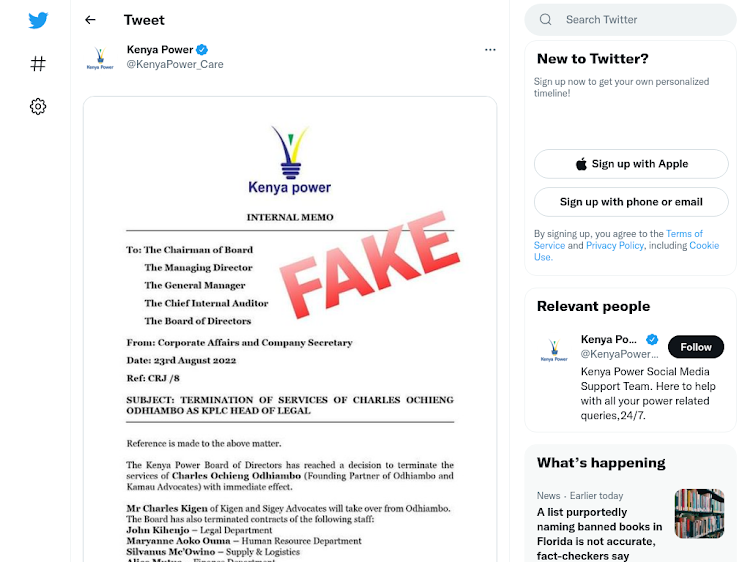 The fact-checker has however debunked the letter and established that it is fabricated.

This after KPLC stamped the letter as fake in a social media post.

Maraga has disowned the message and flagged it as not true.
News
1 month ago

Ngunjiri has not posted such a message shared on the parody account.
News
1 month ago