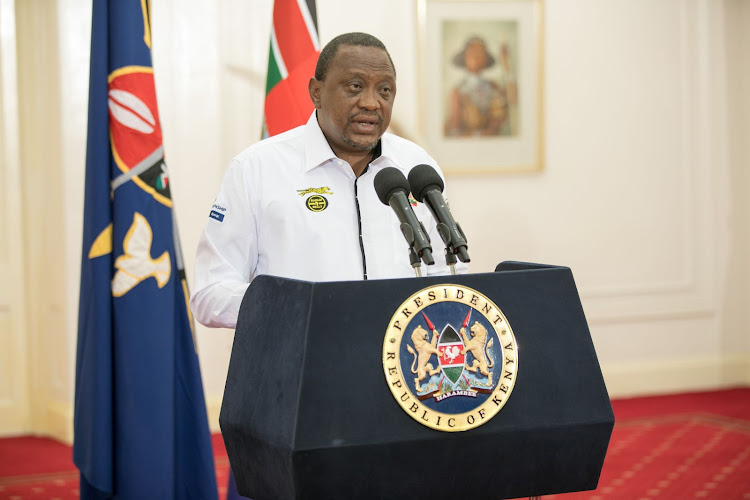 Did a key ally of President Uhuru Kenyatta (pictured) from Central Kenya, feign an emergency to snub ODM boss Raila Odinga's visit in Murang'a county on Sunday? Well, information filtering show that the MP, a political heavyweight in his own right, could have let down the President's camp. After confirming attendance three days earlier, the politician surprisingly called one of the organisers on Sunday morning to allege that he had an emergency in Nairobi and would therefore not attend the church service. There were murmurs that his claims might not have been genuine as he was spotted drinking in a club in one of the neighbouring counties. There are reports that he could face the President's wrath in the coming days. Only time will tell.

An aura of mistrust has rocked an alliance being cobbled by certain political bigwigs at its infancy stages. Observers say it wouldn’t be surprising if the alliance is not eventually crafted as a result of the deep-seated mistrust and push and pull in the political outfit. A member of the team is feared to be a double agent and has been kept off meetings to discuss the name of the expected political formation. Corridors is informed that members fear the man, known for being sneaky, may run away with the alliance name—to his credit.

An engineer working with one of the roads agencies in Nakuru is facing trouble after some EACC and Assets Recovery Agency detectives were tipped of his alleged questionable massive wealth, including a recently built expensive hotel in a town along Thika Road. The engineer, also reported to have built multi-million shillings flats along Thika Road through proxies, using alleged kickbacks, could lose the wealth after those in the know revealed that the probe may end up with freezing of the assets if not prosecution.

A lawyer from Western Kenya is said to be positioning himself to succeed a prominent lawmaker from the region in 2022. This is after word went out that the legislator may not after all seek re-election next year. The Nairobi-based lawyer is also hoping to be a beneficiary of a possible negotiated democracy likely to work to his advantage as the 2022 political landscape shapes up. There are reports that the leadership of the area could be meeting to discuss how to distribute political positions in advance ahead of next year's elections. During the last general election, the legislator beat his closest opponent with a huge margin and residents believe the story would not change should he decide to defend his seat. In deed, politics is about proper scheming and so politicians have hit the road.