Jealous clique gangs up against Joho

Afraid his political star would shine even brighter. 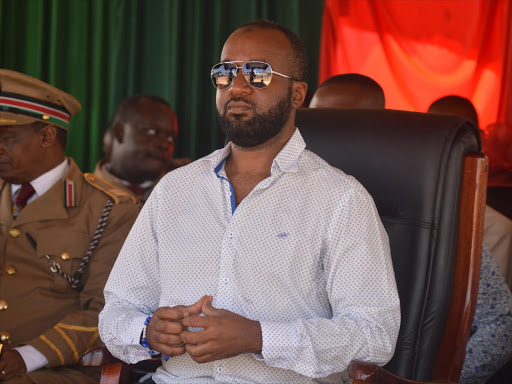 It seems Mombasa Governor Hassan Joho is in for tough times. Some faceless, well-resourced individuals within and outside Coast have united to tarnish and shred his legacy. Sources say Joho’s proactive handling of the Covid-19 crisis has stirred envy, with some fearing his political star would brighten. This followed his invitation to State House, Nairobi, by President Uhuru Kenyatta recently. The fightback includes massive propaganda against the governor. Some are even pushing for the national government's takeover of the health function from the county.

Even as Kenyans continue to be bewildered by the high number of police officers arrested for violating Covid -19 rules, some senior law enforcement agents still continue to disregard the regulations with impunity. Some junior officers in Kisii county, acting on a tip-off, raided a bar after being informed that locals were enjoying their favourite drinks. To their surprise, however, an OCS was among those drinking themselves silly, ignoring social distancing rules. The junior officers could do nothing but go back to the station without making any arrests.

Was the tribal card played during the distribution of food meant to cushion residents at a certain primary school in a subcounty in Nakuru? A small bird whispers to Corridors that this was not the first time. Residents from a certain part of the country are favoured in food distribution because they sing to the tune of an influential local politician. Less fortunate people from other regions are left empty-handed. As if that is not enough, available jobs have gone to the dominant tribe, leaving out other groups.

Still in Nakuru, why are police officers not arresting some residents who quench their thirst with chang'aa just a few metres from their station? The residents pay no regard to the coronavirus control measures. Long queues of revellers are common, especially around 4pm. Never mind that the revellers share cups and cigarettes. Many are now worried that should the virus hit the chang'aa den, many will be infected. Residents are now appealing to the authorities to up their game and punish complacent police officers who they suspect might be drawing ‘protection fee’ from the offenders.