• Was Mwangi Kiunjuri abandoned by his friends in his hour of need? 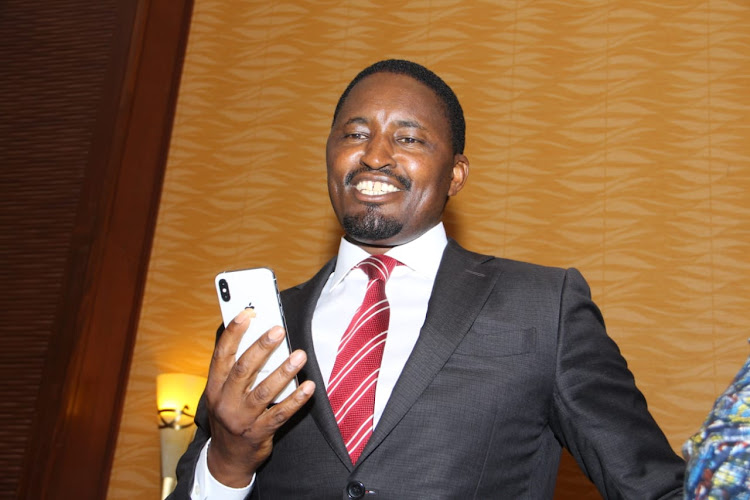 They say you will only know your true friends when you are faced with trouble. Yes, this is what sacked Agriculture Cabinet Secretary Mwangi Kiunjuri experienced on Tuesday after he was hounded out of office by President Uhuru Kenyatta. The troubled former CS was almost lonely when he addressed a press conference at a city hotel. Kiunjuri was accompanied only by Laikipia Senator John Kinyua and not more than four other men who stood by his side. Ordinarily, there used to be a number of MPs hovering around the minister whenever he hosted functions at the county, in happier days. Those who observed the conspicuous absence of the Members of Parliament, some of them very vocal, are asking where they were.

Still on government changes, who gave the names from the opposition to President Uhuru Kenyatta on the people to be appointed to the government? A vocal MP close to a senior opposition politician is being blamed for giving some names undeserving of promotion. It's said that one of the nominees is a known girlfriend of a senior politician. There is disquiet in the opposition outfit that those who gave their all during the 2017 General Election and presidential rerun have been forgotten. Instead, it's the outsiders who were being rewarded.

A younger brother of a senator from a county in Western Kenya is a man under siege. Reason? The man who is a contractor is afraid that he may be arrested soon by detectives from the Ethics and Anti-Corruption Commission for colluding with an MP from Bungoma county to syphon millions of shillings in CDF cash. A mole who is aware of the underhand dealings says the contractor is paid the total contract sum upfront, even before delivering any project. Just two weeks ago, the two men were at it again. The so-called contractor was paid another Sh3 million purportedly to construct some classrooms at a primary school in the constituency.

Did a powerful Principal Secretary in a well-oiled docket splash a fortune to remove an embattled governor facing graft charges? Our snitch intimates that the PS, who was instrumental in the 2017 campaigns, was dishing out as much as a million bob to the hungry Members of County Assemblies to fix the county boss. Corridor understands that the conditions set by the Principal Secretary were in exchange for the signatures that will drive the final nail in beleaguered governor's checkered coffin.

Post a comment
WATCH: The latest videos from the Star
by POLITICAL DESK
Corridors of Power
16 January 2020 - 08:52
Read The E-Paper