How Chinese helped kids in Mathare get education

• The Chinese Embassy gave infrastructure to a fledgling school, changing the narrative 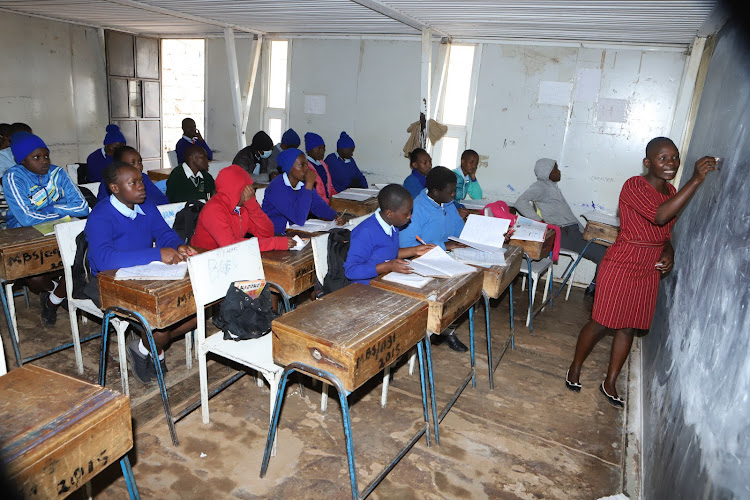 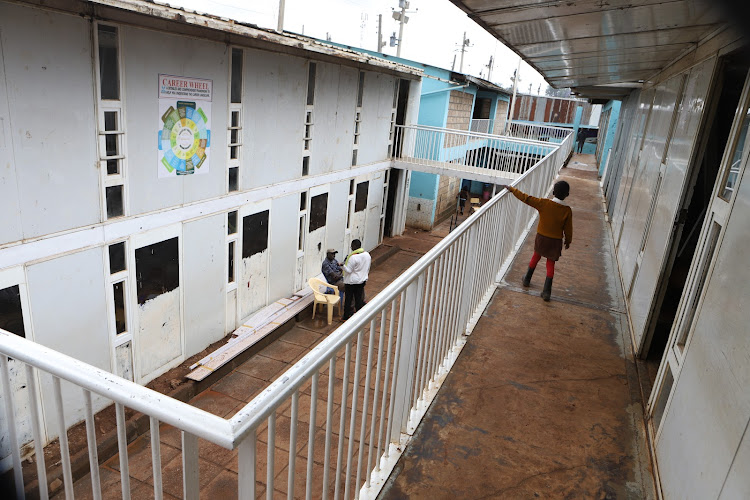 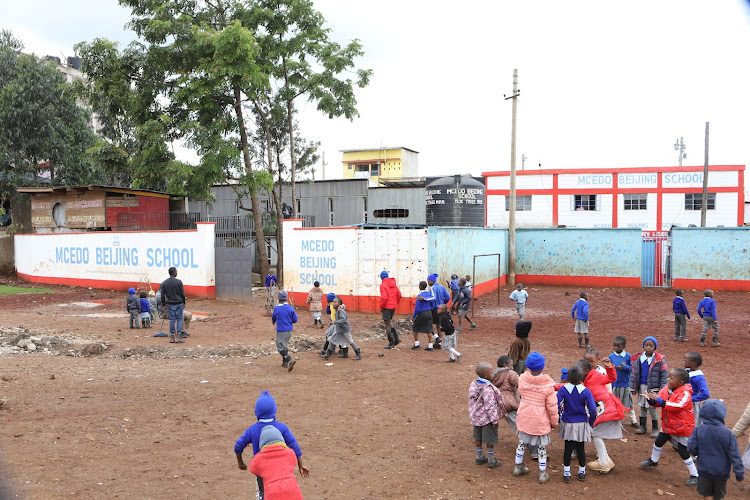 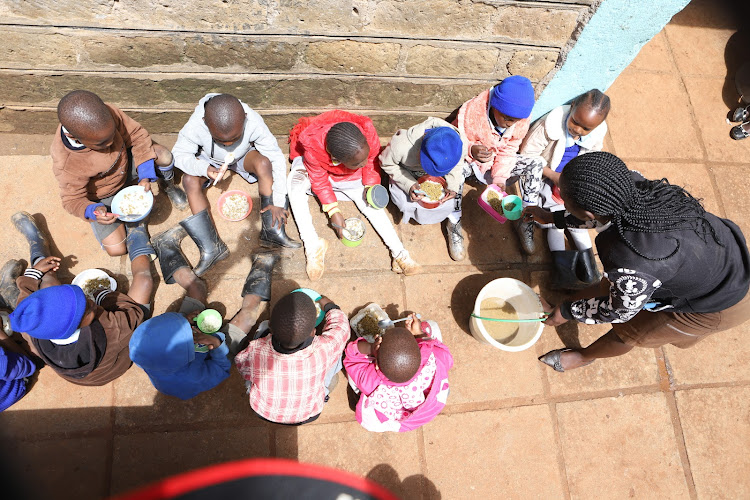 It is minutes past 11am when we arrive at Mcedo Beijing School, domiciled at the heart of Mathare slums.

Children here are full of life. They have grouped themselves on the playing field, enjoying different games.

We interacted with a few of them, and their welcoming nature is evident on their faces.

For many of them here, Mcedo Beijing school quenches their thirst for basic education and provides them with a safe haven of sorts to dream again for a better future.

For starters, access to education in Mathare slums is a luxury of sorts for many families struggling to fend for themselves.

Illiteracy and drug abuse are also high in the slums.

Founded in 2007, Mcedo, an acronym for Mathare community education development organisation, was initially providing adult education before it transitioned to offering primary education in the same year.

"Mcedo was founded by a group of members from the community. They were two teachers and other people. We started by doing tuition for adults," Benedict Chege, the school director, told the Star.

But how did the school end up with a Chinese name?

"Beijing is the capital city of China, we merged," Chege said.

"The then ambassador to Kenya [Zhang Ming] requested we name the school the Mcedo Beijing for future partnership with the Chinese people, and to ensure that the Mathare child gets all the services pertaining to education."

Ming had seen a documentary of Mcedo in one of their news agencies when he approached the school for partnership.

At the time, the school was facing a huge infrastructure problem: the mabati structures hosting learners were leaking and classes were not in one central place.

"Zhang Ming was touched by what we do and he pledged to come to support the school. He started by giving us the donation of the building. The building we are seated next to came all the way from China. Since then, we have been working with them," Chege said.

"The difference is very good. It has created a positive impact. The school used to be scattered all over Mathare, but they consolidated the school in one place. The infrastructure is there, supporting learners."

For the last 15 years, the Chinese Embassy has walked with this school to change the lives of many children in Mathare slums.

Several modern classes here donated by the Chinese community provide the perfect environment for any Kenyan child to learn and excel.

The donated building has not only given the school a new face but also encouraged hundreds of learners in Mathare slums to walk in for basic education.

"We have also received tables, chairs and desks. The partnership has been good. When you walk around, you will see some renovation going on. They are improving our sanitation block," Chege said.

"We started with around 10 to 12 students. As the years go by, we have received more students. When we received the building from China, the number grew to about 200.

"The number grew again when we received another building and now we have more than 500 students. We hope in the near future, it will be more than this."

In this school, orphans don't pay fees at all. The rest of the students pay school fees in categories. The basically cater their meals and go for as low as Sh500 a term. 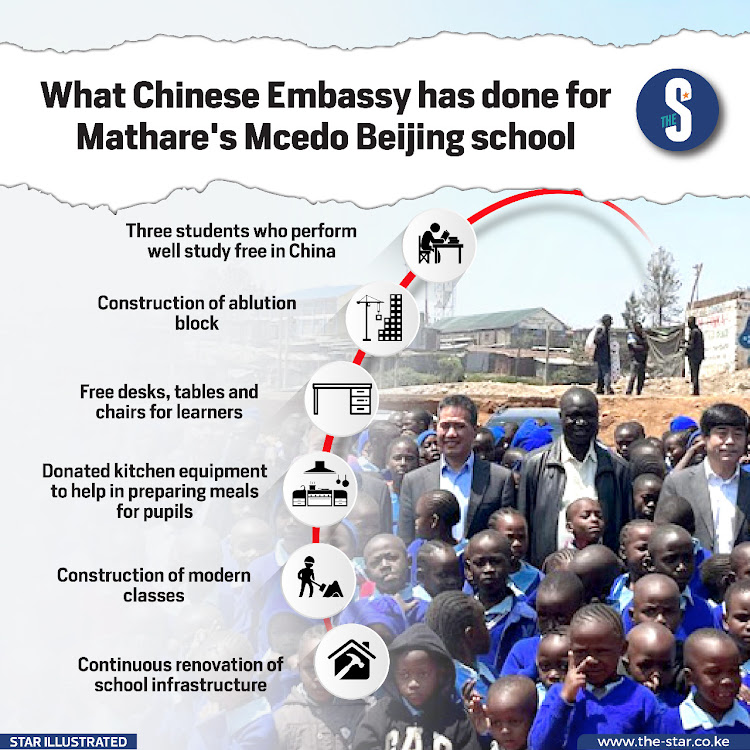 Despite facing challenges, Chege said the little help they have received through partnerships such as one with the Chinese government has had an impressive impact on the Mathare child.

"We have produced a good number of students who are serving the nation who were formerly our students," he said.

"Others are in government and others in the private sector. This MCEDO has also enabled several students to get a scholarship to better their knowledge and career."

The school now has a new partnership with the Chinese embassy that will see at least three students who perform well given an opportunity to study free in China.

He says this will greatly benefit the Mathare child and give him or her a better perspective of the world.

As we walk around the school, we meet Millicent Oyiro.

It is about lunchtime and she is in the final stages of preparing grains that will be cooked for the children to eat as lunch the following day.

Oyiro has been here for 15 years and for her, Mcedo Beijing School has been a double blessing.

Apart from earning a decent income from her daily work, all her children have studied here.

"The school has helped me as a parent. All my children have gone through here. This school has special consideration for people who are not able to pay fees for various reasons," Oyiro said.

"This food that you see me making is so important to these children. Some will scoop some and walk away with it home to support those at home without food."

Apart from building infrastructures for learners, the Chinese embassy has also provided this school with kitchen equipment to ensure that students here get a meal before they leave for home.

"The Chinese embassy has made the school appear like a school indeed. The children are not congested, they have desks. All this is because of them. We urge them to keep doing so because they are changing lives," Oyiro said. 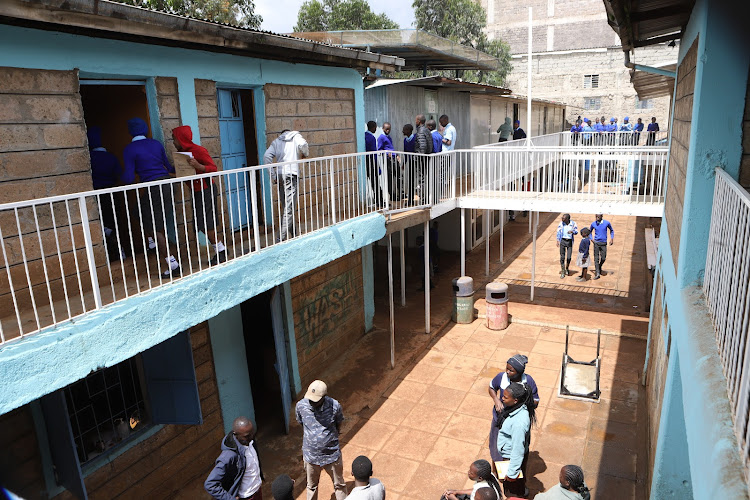 We walk into a classroom and the learners here are lively.

Nancy Oyiro, a teacher and a beneficiary of Mcedo Beijing School, is engaging learners in an academic discussion.

Nancy is the daughter of Millicent. She did her KCPE examinations here and posted a stellar performance that saw her education supported by well-wishers.

Her passion for education saw her pass her KCSE exams and join Moi University to pursue a degree in linguistics, media and communication.

She has fond memories of this school.

"Before the Chinese did this, I am one of the pupils who learnt in the old buildings. It was terrible during the rainy seasons because the wall and roofs were leaking. When they did this infrastructure, it was a relief to us because we could sit in a conducive environment and learn," she said.

"The fees here are considerate for parents' financial situation. This facility provides free school meals. Many of the children, by being here, are not exposed to drugs and criminal activities. They are here to sharpen their brains for the future."

It is the promising future facing Nancy that gives other learners like Mary Mwende reasons to wake up every day, hoping to better their lives and that of their families.

The 12-year-old girl is optimistic that with work done by sponsors like the Chinese Embassy, she stands a chance of being another success story.

"These structures have really helped us. Without these classrooms, it would have been very hard for us to learn well. Now that we have the classroom, we are sure of our safety and full of optimism that we will do well," Mwende told the Star.

"May God bless them. May continue supporting us so that we can become responsible people in future."

Chege believes that more partnerships will enable this school to reach out to more youths wasting away in the slums.

Despite millions of shillings being pumped into this school in terms of infrastructure, the school director says the needs of Mathare slum children are many.

"Most people are not stable careerwise. This makes it difficult for them to foot daily education expenses like books and pens. This forces us to go out and do fundraising to support the children and how the school runs," he said.

"We appreciate their partnership. We still need them (Chinese Embassy) because the scope is still wide.

"But I think we need more expansion of the building to accommodate more pupils. We also need a transport system to enable the movement of students and stakeholders so they can also learn about the world also and even nature." 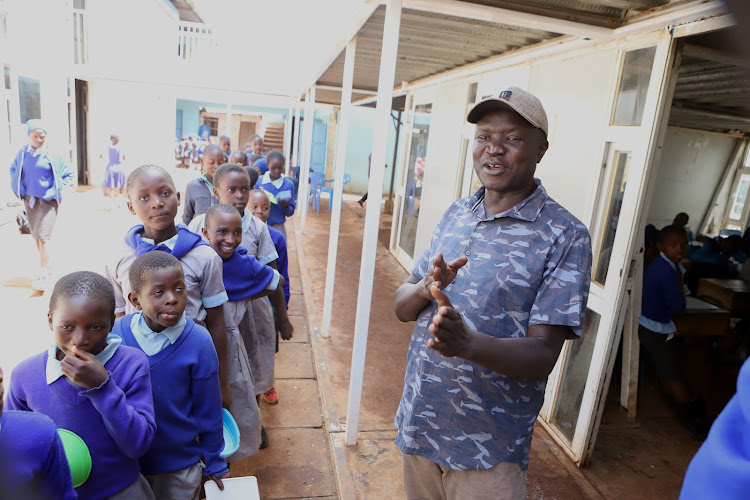 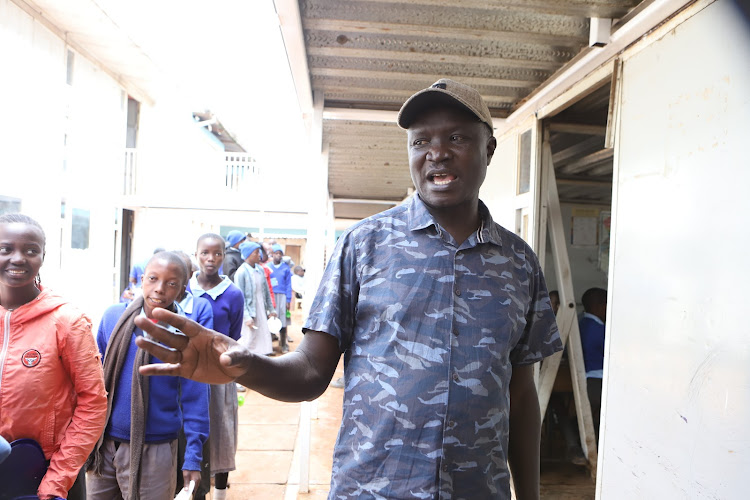 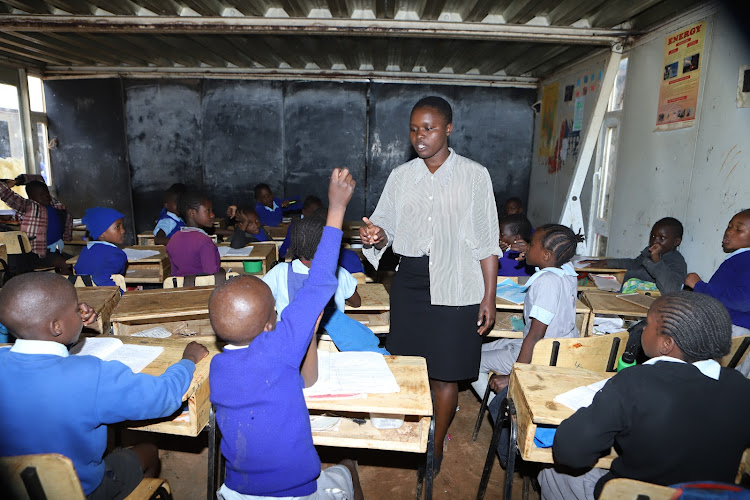 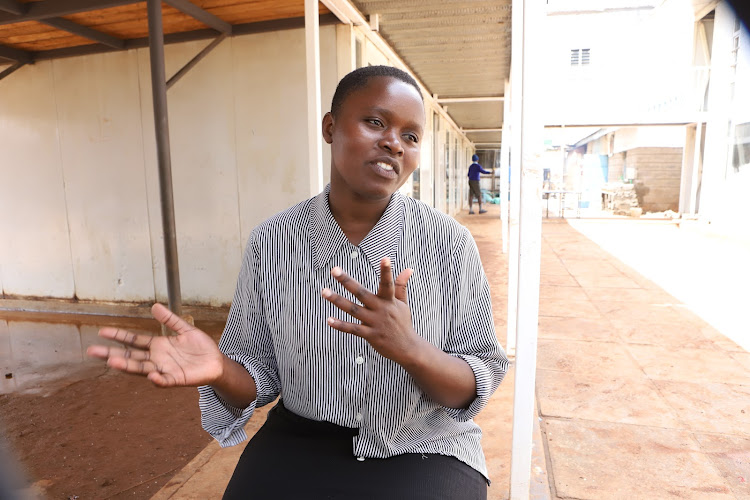 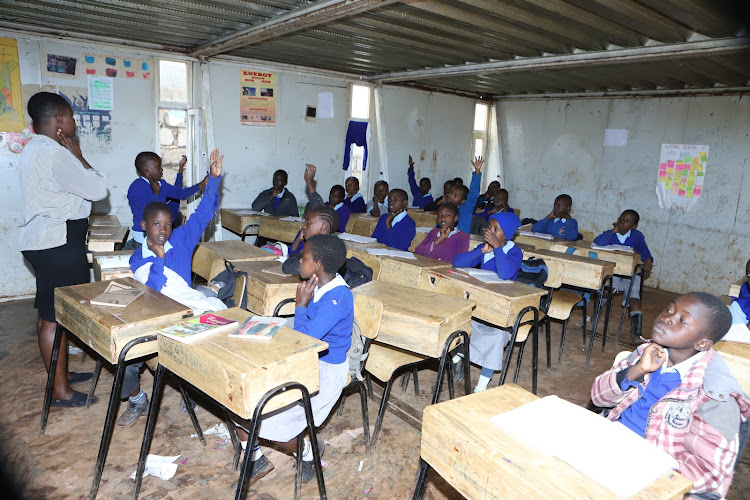 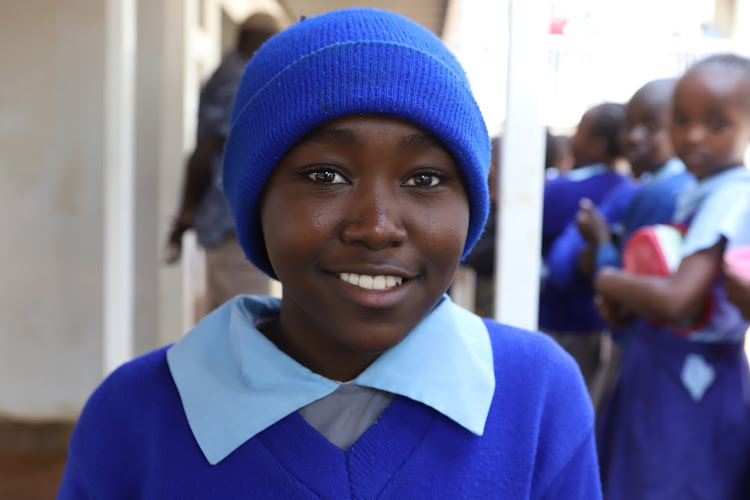