• From Somaliland to Mozambique, Mombasa is being given a run for its money 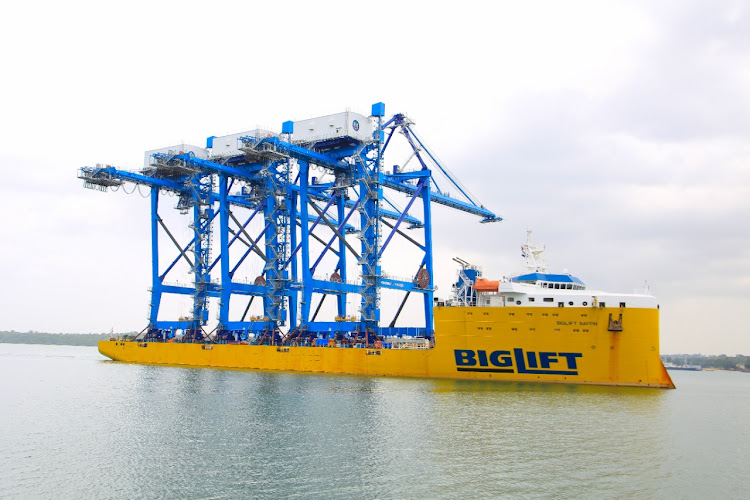 Kenya’s Mombasa port, the largest and busiest in the region, is facing tough competition from ports at Berbera in Somaliland, Dar es Salaam in Tanzania and Maputo in Mozambique as the battle for trade along East Africa’s “Swahili Coast” heats up.

Tanzania, Somaliland and Mozambique are investing heavily in expanding and rehabilitating existing ports as they roll out newer facilities in a race to become the most preferred trade gateways in East Africa.

Kenya’s Mombasa Port, on the other hand, the largest and busiest facility in East Africa, is experiencing lower investor activity as delays, congestion and poor management impact operations, according to GBS Africa, a UK-based consultancy firm, in its Africa Ports Report 2022.

The investments being made to upgrade port infrastructure elsewhere in the region are increasing the vibrancy and diversity of East African trade routes, but also piling pressure on Mombasa Port to up its game.

“The traditional dominance of the Port of Mombasa is being challenged by other regional facilities that are attracting more investment and are less resistant to reform, while entirely new deep-water seaports are being constructed to diversify regional trade and shipping routes,” according to the report.

Even Kenya’s recently commissioned Lamu Port is tipped to give Mombasa a run for its money.

“If Mombasa does not soon attract fresh investment, it will lose its ranking to Chinese-operated Lamu port and other regional facilities,” said GBS Africa.

Why Zanzibar is outdoing Mombasa in tourism

The World Bank’s global Container Port Performance Index (CPPI) 2021, ranks the Port of Mombasa at position 293 and Dar es Salaam at position 362, out of a total 370, with the low rankings linked to delays, congestion and mismanagement of the facilities.

The regional upstart is the Port of Berbera, in Somaliland.

Since 2016, the port has benefitted from 442 million US dollars in investments, following an agreement signed between the government of Somaliland and Emirati multinational logistics company, DP World.

When complete, the Port of Berbera is expected to handle up to 3 million 20-foot equivalent units (TEU) annually, triple the current capacity of regional heavyweight Djibouti, which has a capacity of one million TEU annually. By 2050, Berbera is projected to handle 18.1 million tons of cargo.

Ethiopia is among the strategic investors in the port and has committed to developing infrastructure to build what is known as the Berbera Corridor into a major regional trade gateway, thereby offering landlocked Ethiopia with the option to diversify its supply lines away from Djibouti’s congested port.

In 2021, Tigrayan rebels disrupted supply lines to Djibouti, pushing the Ethiopian government to speed up the development of alternative trade routes, with Berbera and Eritrea’s ports of Assab and Massawa emerging as top options. A deal with Eritrea is yet to materialise. Djibouti currently handles up to 95 per cent of all of Ethiopia’s inbound trade, according to the report.

“The revamped port of Berbera now offers an alternative to Djibouti as a gateway to lucrative trade routes through the Suez Canal,” read the report in part.

The report describes Somaliland's port as a "game-changer" for the Horn of Africa country that to date has hardly been recognised on the international trade scene.

By 2035, the report projects the Port of Berbera to facilitate trade with a value equivalent to nearly 27 per cent of Somaliland's GDP and to be responsible for 75 per cent of its total trade.

Djibouti and Somalia, as well as Somalia's other semi-autonomous region of Puntland (with a port at Bosaso), have also signed up investment partners from the United Kingdom and the United Arab Emirates to breathe fresh life into their ports as the region emerges from civil strife.

Apart from the UAE’s DP World investments in the port of Berbera in Somaliland, the firm is also linked with the development of the Port of Bosaso in Puntland, while Turkey’s Albayrak is investing in Somalia's port at Mogadishu.

Tanzanian ports have also in the recent past mounted an aggressive campaign to become gateways to Uganda, Burundi, the Democratic Republic of Congo and Rwanda (previously all served by the Port of Mombasa) through increased investment and new operations.

Last year, Tanzania began negotiating with China Merchant Holdings (CMH) to build the $10 billion Bagamoyo port project, which would see Tanzania open the largest port in East Africa, with a 20 million TEU container capacity. However, the project has been hit by delays over Environmental, Social, and Governance (ESG) concerns.

“Although it is smaller than Durban and Maputo, Dar es Salaam is fast catching up on the market share of the Port of Mombasa for Indian Ocean commerce and trade,” said GBS in the report.

Dar es Salaam's port, currently able to handle more than 10 million tonnes of cargo annually, will soon have higher capacity thanks to an ongoing expansion programme estimated to cost over $400 million.

The report says that thanks to increased efficiencies, Dar es Salaam is increasingly becoming a top choice for land-linked countries like the Democratic Republic of Congo, Malawi, Uganda, Zambia, Rwanda, and Zimbabwe.

The port is becoming a regional transhipment hub for soft commodity exports, such as tea, coffee, tobacco, oilseeds, cotton, sisal and cashew nuts, as well as metals like copper.

In Mozambique, a gas-fuelled economic boom is creating fresh demand for shipping services. As a result, the five seaports of Maputo, Beira, Nacala, Quelimane and Pemba are all undergoing expansion and rehabilitation.

In 2021, Maputo, the country’s largest port, posted a new high growth record of 21 per cent, handling 22.2 million tonnes of cargo, up from 18.3 million tonnes in 2020. The increase has been credited to increased foreign investor activities.

“Maputo port’s operations are managed by a highly successful joint venture between the local government and South African and UAE companies,” said the report.

DP World’s involvement across major ports in the region is heavily entrenched as it emerges as a key player, even though planned investments have been in some quarters politicised and framed as "takeovers".