They say direct flights to Mombasa will aid the already ailing sector. 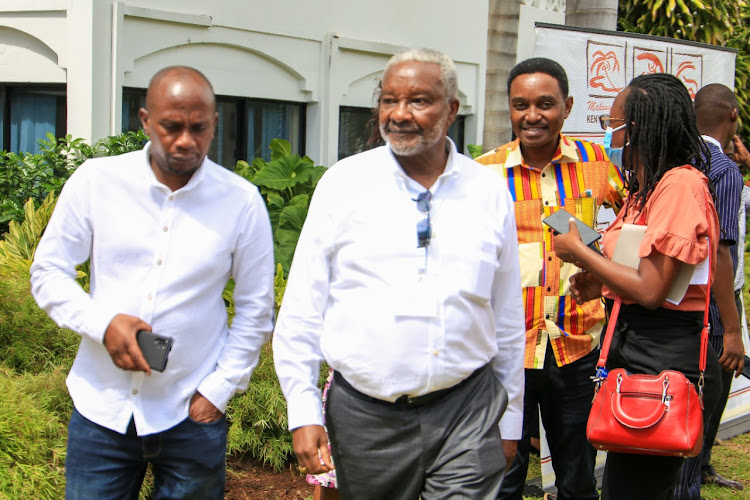 Tourism players in the country have continued to push the national government to allow direct flights into Moi International Airport, Mombasa.

For the past month, the sector's advocates have been saying the Kenyan Coast is losing a bigger market share to neighbouring Tanzania because of lack of direct access flights.

The government had previously allowed international airlines to land in the region. However, some of those contracts are yet to be renewed.

On Wednesday, the Kenya Association of Hotelkeepers and Caterers said direct flights to Mombasa will aid the already ailing tourism sector.

The associations's CEO Mike Macharia said for the Coast region’s tourism sector to grow, the government needs to relook at its air policies.

“We need more air capacity in the region to grow the industry, which has been one of the biggest hindrances in growing the international market,” Macharia said.

He was speaking on Thursday during the opening of the two-day 18th KAHC Annual Symposium at the Sarova Whitesands Hotel.

“If you look at the strategy and the number of aircrafts we would like to attract to Kenya, they cannot all land at JKIA,” he said

He said previously Turkish, Qatar and Ethiopian airlines and some charter flights from Viena, Austria and Poland used to fly directly to Mombasa.

However, some of the bilateral agreements were not renewed, leading to a reduced number of direct flights from the charters and scheduled airlines to Mombasa.

“We are seeing aircrafts that should have been coming here more than twice a week coming now only once a week,” he said.

“We are losing our regular market because what will happen if we do not allow them in is that they will be allowed to other destinations.”

Macharia added that Zanzibar and Dar es Salaam are Kenya’s biggest competitors in terms of promoting the Coast as a product.

He said that their calls for more direct flights to Mombasa were not in any way to harm the national carrier Kenya Airways which is still struggling.

“We are conscious of the fact that we need to protect KQ, but we would also like to see more tourists come in. There is a way we can achieve all these without upsetting anyone,” Macharia said.

Concerning the upcoming polls, Macharia said that as an industry they are confident it will go well without any incidents.

He said they also have their own election industry procedure led by the Kenya Tourism Federation, which has been in place since 1997 monitoring what is happening every election cycle.

Macharia said they had also started a campaign under Kenya Private Sector Alliance dubbed 'Mkenya Daima' calling for peaceful campaigns and election in the country.

"In fact, our overseas market does not know there is an election until we tell them.”

Macharia said that as an industry they were hoping for changes in the constitution to move the election back to December because August was a peak season for the tourism industry.

“If people now have to travel upcountry to go vote instead of coming for holiday, it creates a bit of an issue with occupancy, but we are confident that come August 10, life will continue as usual,” he said.

“This narrative that every election year people fear that something will happen should stop. There are no indicators whatsoever that there is any trouble,” Kala said.

He asked the media to put an end to the narrative that people want to discuss post-election violence. “We are scaring away even potential investors with such discussions.”

Partnerships between the private sector and government have been key in the recovery journey of tourism businesses in Kenya.
Business
2 weeks ago

They questioned the rationale used to ban the exercise which employed more boat operators
News - Page 10
1 month ago
“WATCH: The latest videos from the Star”
by ONYANGO OCHIENG
Coast
17 June 2022 - 23:00